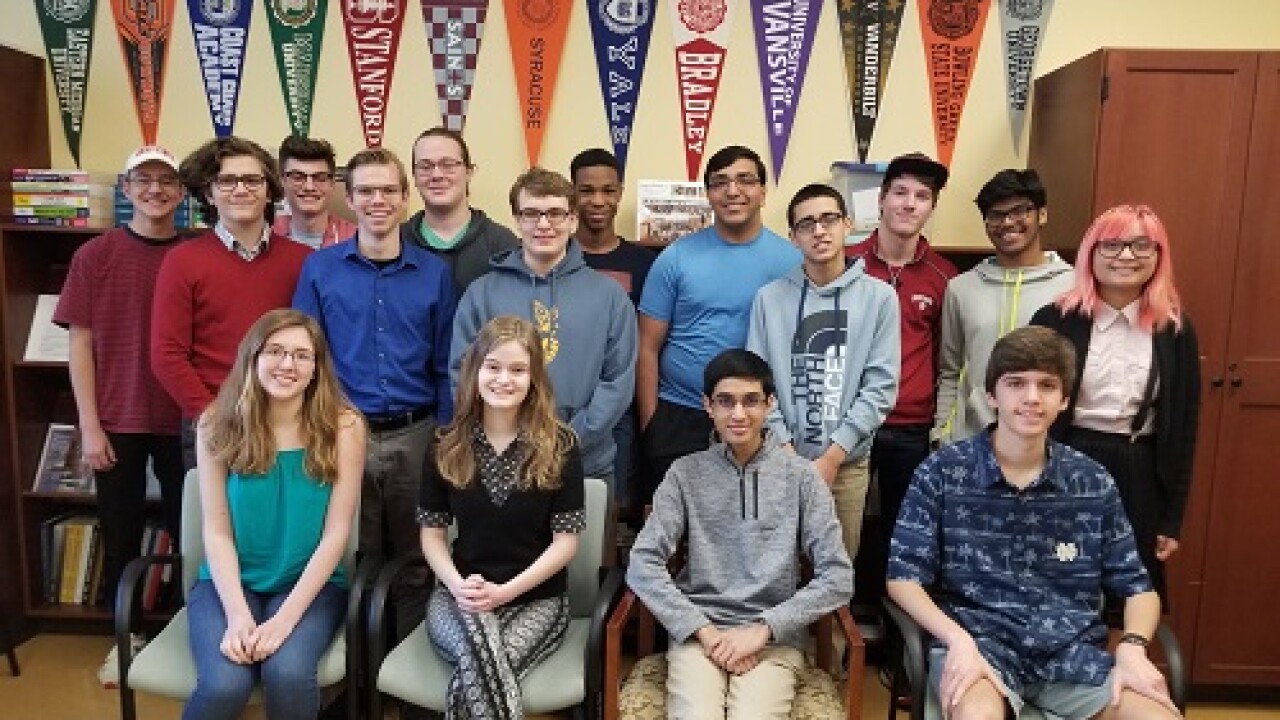 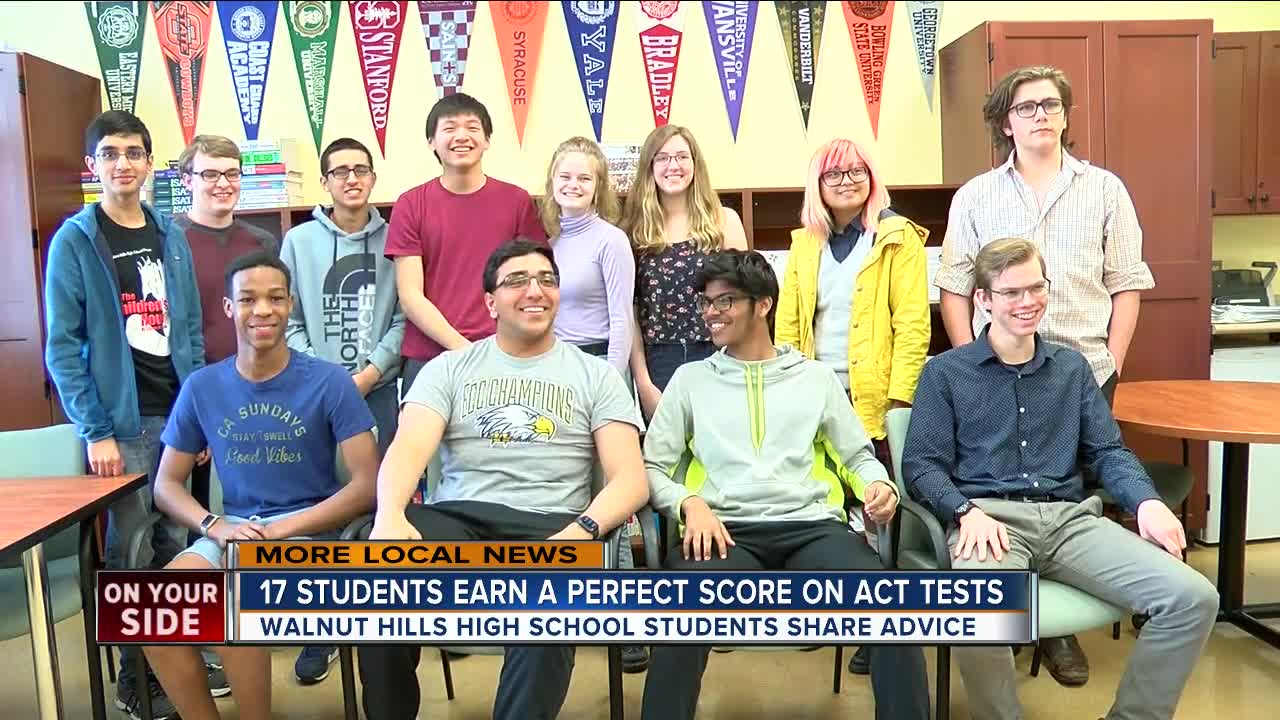 CINCINNATI — A group of Walnut Hills juniors and seniors have been paying attention to their teachers over the years.

The Cincinnati Public Schools community is celebrating 17 students who achieved a perfect score of 36 on the ACT — the highest score possible on the standardized test used as part of the college admissions process in the U.S.

The ACT tests students in English, math, reading and science. The average composite score for the class of 2017 was 21, The Princeton Review reported. The results are accepted by all four-year colleges and universities in the U.S.

An above-average score is likely to improve a student’s chances of getting into a more selective school. A close-to-average score will get a student into a “considerable number of colleges and universities.”

According to ACT spokesperson Ed Curry, there are no records of students with perfect ACT scores by school or district — but if those records existed, Walnut Hills High School might have made the record books.

"I have never heard of so many students in one school earning a perfect score,” Curry said in a news release.

The Walnut Hills seniors earning perfect scores will be attending the University of Cincinnati, Ohio State University, Tulane University and Rhodes College, according to a CPS spokesperson. One student, Antoine Langree, is studying abroad at the University of Edinburgh in Scotland.