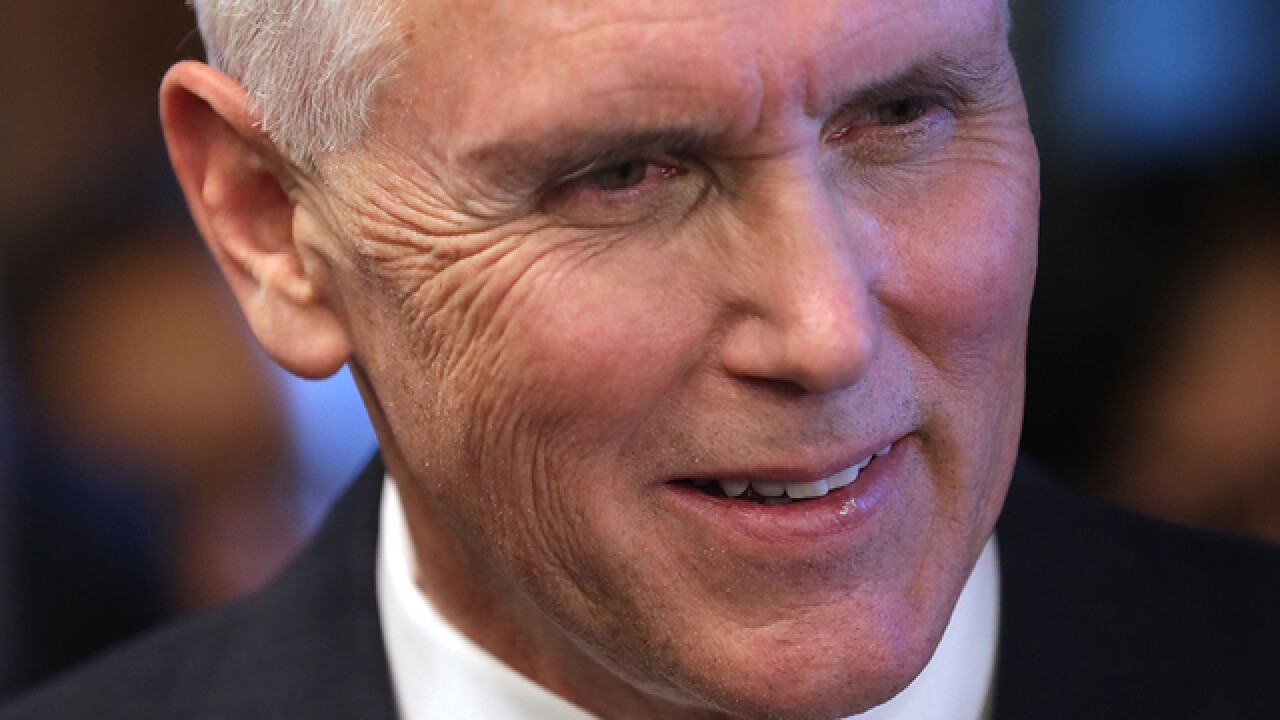 CINCINNATI -- Vice President Mike Pence will speak at an event in Cincinnati later this month.

Pence will speak about tax cuts at an event put on by "America First Policies" at 1 p.m. Aug. 14 at The Westin Cincinnati on E. Fifth Street.

Pence has spoken at a number of the group's events across the country. He attended one in Columbus in June:

Tickets to the event are available on a first come, first served basis on the group's website.