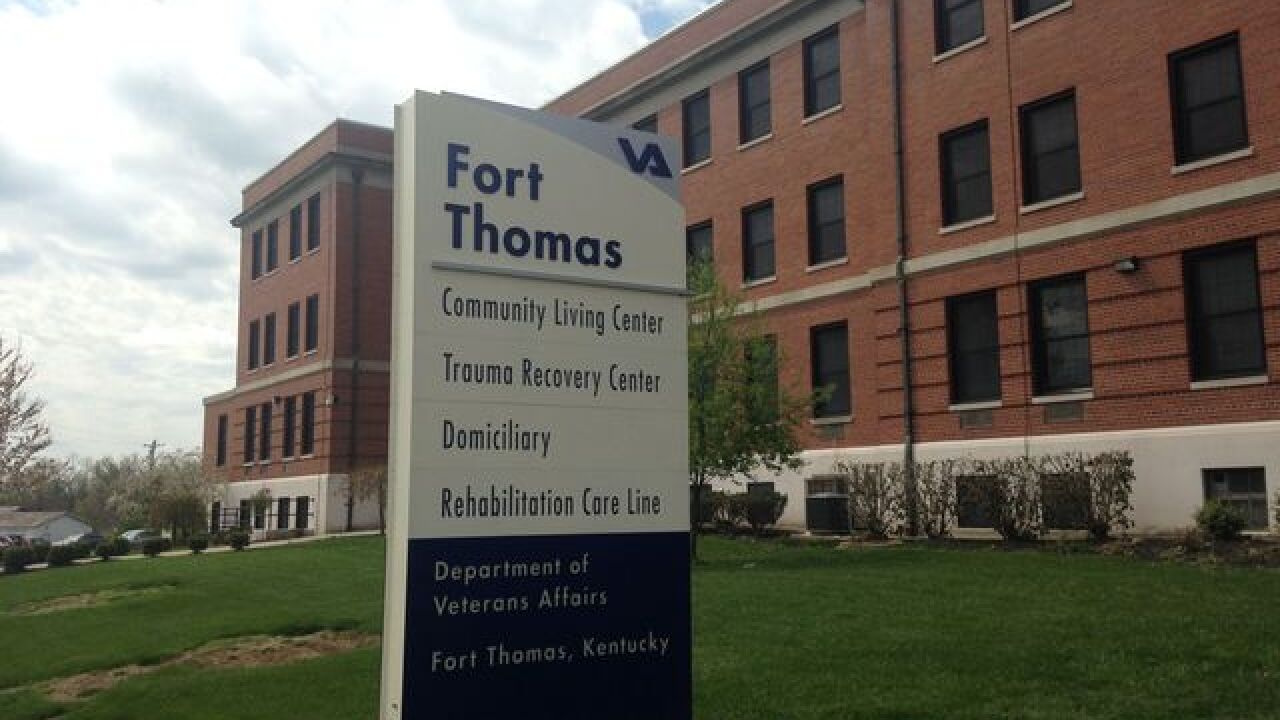 CINCINNATI — Sylvia Seta-Wurster is the daughter of a World War II veteran, the wife of a Vietnam veteran and the mother of an Iraqi war veteran. All of them are having problems with the U.S. Department of Veterans Affairs right now.

So, when the Cherry Grove resident learned about a Veterans Town Hall at which Cincinnati VA whistleblowers will discuss the system’s shortcomings, she asked how she could participate.

“I see it. I live it. I want to fight for it,” she said. “I would like to hear that our veterans would get care even if they have to be outsourced.”

WCPO and the Scripps Washington Bureau are putting on the April 13 event at the Sharonville VFW Hall at 3319 East Sharon Road. The 7 p.m. event will be a place where veterans can voice their concerns and ask questions about the VA.

Earlier this year, nearly three-dozen whistleblowers came forward saying the Cincinnati VA was in a state of disorder. Coverage of these concerns led to two internal investigations and the removal of some hospital leaders.

RELATED: Find all of our Cincinnati VA coverage here

Veterans who attend the Veterans Town Hall will hear from two reporters and three current and former VA employees who will discuss what progress has been made to resolve the concerns of the whistleblowers.

“I hope we can come to some kind of solution for the veterans,” said Ralph Walters, VFW commander of Sharonville Post 4369. “If it’s a problem with the wait time or if they’re needing more doctors on staff maybe we can resolve that, and get the care these veterans are really needing.”

Walters is happy with the care he’s received at the VA’s Clermont County Clinic, but he’s heard several complaints from fellow veterans who described long wait times at the VA on Vine Street.

Seta-Wurster is hoping to find some answers for her 31-year-old son, Anthony Wurster, who has recurring headaches after a wall fell on him in Iraq. She claims the VA has denied his request to see a neurologist.

Anthony’s father, Ed Wurster, has been battling the VA over bills he incurred for neuropathy, diabetes and emphysema treatments that aren’t covered despite his exposure to Agent Orange decades ago. Anthony’s grandfather, Carlos Seta, received a “notice of discharge” from a VA nursing home in Fort Thomas.

The VA declined to comment on specific patient issues, but confirmed that its 50-bed Community Living Center is being replaced by a 64-bed center on the VA’s Vine Street campus. The new Corryville facility is “a substantial improvement” for veterans, said Cincinnati VA spokeswoman Amanda Eisenlohr.

“At Fort Thomas, two to three Veterans share one single toilet and use a shower down the hall. In Corryville, each veteran will have a private room with a personal bathroom," Eisenlohr said. "This provides the privacy and dignity the veterans we care for deserve.”

Eisenlohr offered to connect the Wurster family to VA resources if they contact her directly. WCPO shared Eisenlohr's contact information with Seta-Wurster.

Seta-Wurster shared with WCPO her father's notice of discharge, which denied him a bed in the new Corryville center because his illnesses were deemed not to have been caused by his military service.

“You do not meet the (VA’s) service-connected criteria to remain for long-term care,” said the March 23 notice, which Seta-Wurster shared with WCPO. “Therefore, discharge is indicated.”

Seta-Wurster has been trying to get the VA to certify her father’s ailments as service connected, arguing he was exposed to asbestos while working as a tailor on the USS Warren in the 1940s. But she said the process is too cumbersome to navigate.

“He helped our country,” she said. “So, why can’t our country help him?”

That's sure to be among many questions asked at the Veterans Town Hall event in Sharonville next week. Here are the details:

WHY: This event will be a place for other veterans to voice their concerns, ask questions and get access to local resources.

MORE INFORMATION AND RSVP: Seating is limited. Registration is encouraged but not required. Register here: https://www.eventbrite.com/e/veterans-town-hall-with-wcpo-and-scripps-washington-bureau-tickets-24257506856