Vanessa Lachey out-danced her husband on Dancing with the Stars 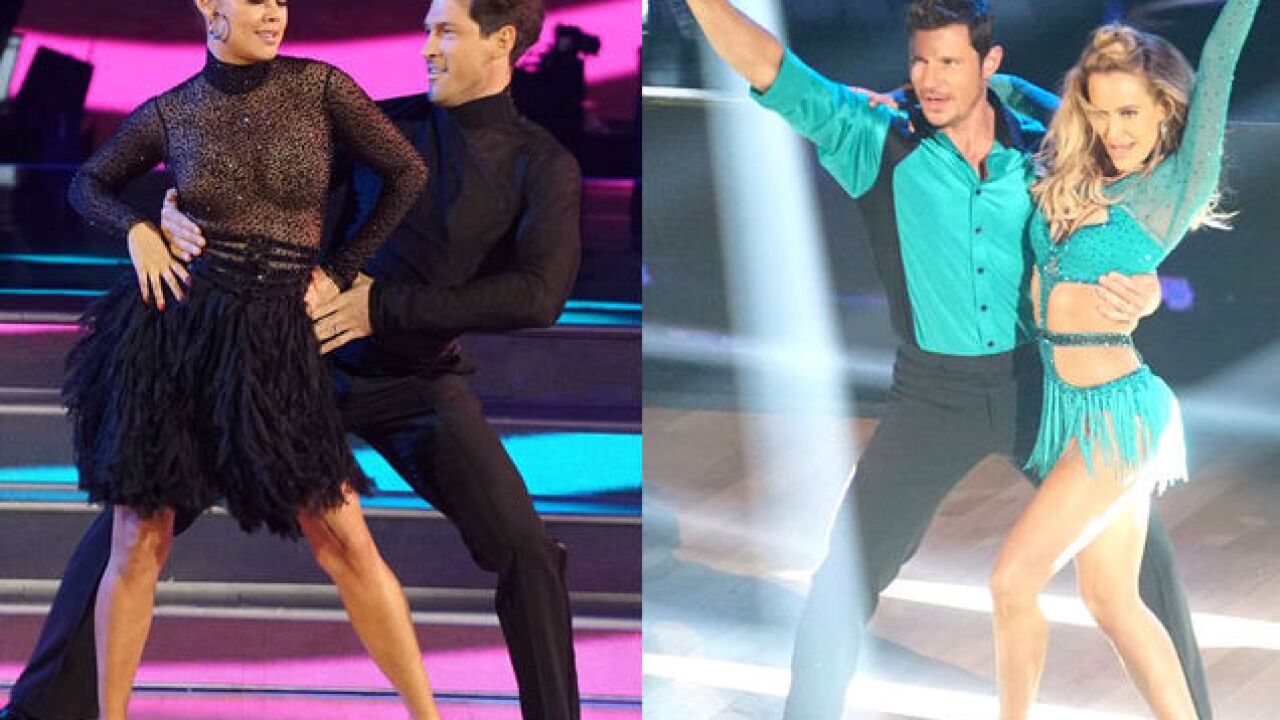 "Dancing with the Stars" isn't as well-known for its plot twists as, say, "Game of Thrones," but it served one up Monday night: Vanessa Lachey is a better dancer than her husband, former boy-bander and native Cincinnatian Nick.

Maybe it shouldn't have been a surprise. As Nick pointed out, 98 Degrees was the ‘90s boy band that didn't dance -- despite performing a song called "Do You Wanna Dance."

"Dancing makes me the most uncomfortable of anything in life," Nick Lachey said during an early practice with partner Peta Murgatroyd.

Still, he turned out a respectable cha-cha to Pharrell Williams' "Come Get It Bae," netting an 18/30 score from judges Carrie Ann Inaba, Len Goodman and Bruno Tonioli.

Vanessa Lachey, one-time Miss Teen USA, turned up to an edited version of Kesha's "Woman" that replaced the original's colorful language (Kesha doesn't feel like a mother, but the thing she feels like has mother in it) with a more maternal theme that enabled some attitude-heavy dancing with a baby stroller.

That one got her a 21/30, the third-highest score of the night. The only stars who outranked her were both professional dancers, which seems a little unfair. "America's Got Talent" alumna Lindsey Stirling, whose act involves dances while playing violin, and Broadway performer Jordan Fisher each scored a 22.

Overcoming the starting skill gap between competitors, who can range from Olympian athletes to whatever ex-Bachelor Nick Viall's job is now, can be a real challenge. But both Lacheys are off to a solid start in their quest for the Mirrorball trophy.

And -- hey. If neither claims the prize, they can always borrow Drew's.