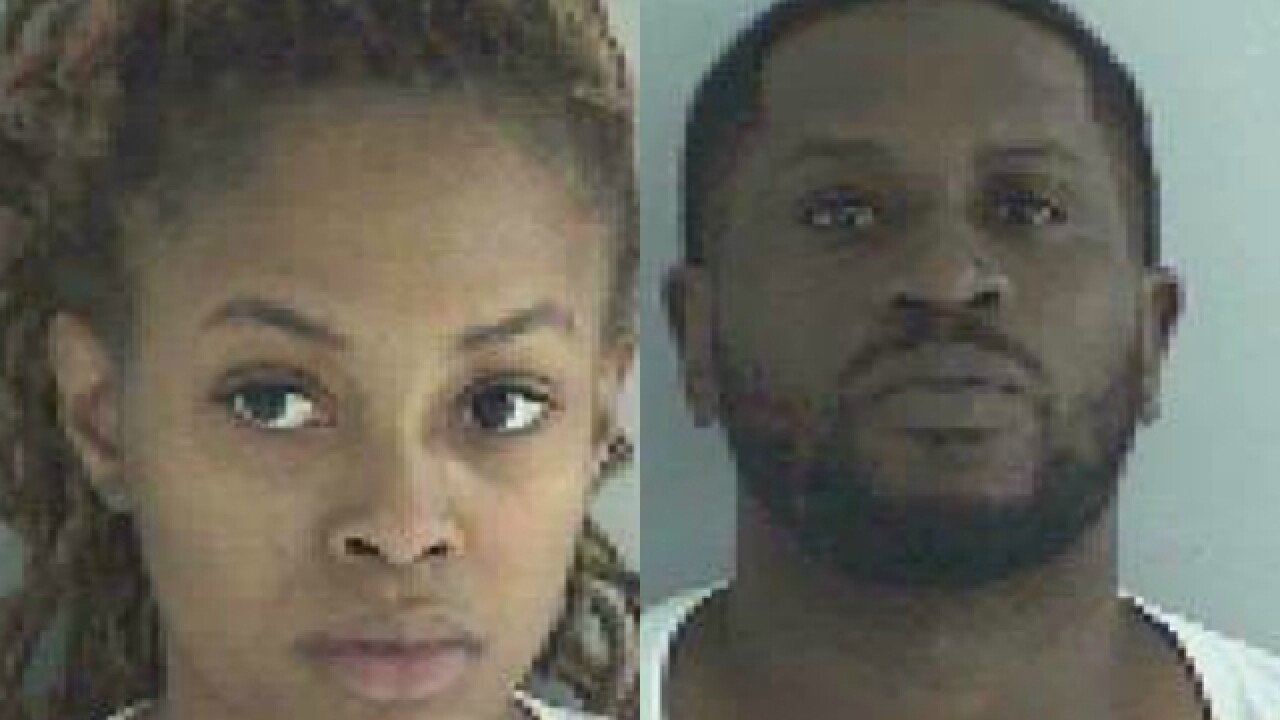 Phillip Watkins, 31, and Jeanetta Crawford, 26, face a minimum of 20 years in prison if convicted.

This may be the first federal carfentanil case in the U.S., Acting U.S. Attorney Benjamin Glassman said.

"The fact that we're first reflects a good thing and a bad thing," Glassman said. "The bad thing is that we've got a serious opioid problem here in the southern district of Ohio. The good thing is that we have very nimble, very effective law enforcement," specifically the Hamilton County Heroin Coalition Task Force.

Carfentanil is 10,000 times more powerful than morphine and is used as an elephant tranquilizer. Police previously said that the drug was responsible for more than 170 overdoses in Cincinnati that occurred during one week last month.

Glassman said the indictments are just one step toward curbing the flow of the powerful opioid.

"Like I said, it's the first federal carfentanil case, not going to be the last," he said.

Authorities cracked the case after Springfield Township police officers responded to a call of a person not breathing Aug. 21. Green Township EMS administered Narcan to the overdose victim. The person, a confidential source unidentified in court records, was hospitalized, where he or she told police he or she was willing to cooperate.

"The folks who are mixing this up for sale on the street are not using labs like you might have with a pharmaceutical company, so it's a real mixed bag, which really underscores the danger that I hope people realize when they are out there," Glassman said. "You don't know, as somebody who may be buying a drug you don't know what you're getting."

The cooperative source gave Watkins' cellphone number to police, said he lived with his girlfriend -- Crawford -- and also gave police their Carthage address, according to the affidavit.

The morning of Aug. 23, police directed the confidential source to buy drugs from Watkins again, according to the affidavit. While wearing a recording device and under surveillance, the source bought a bag of heroin for $20. They repeated a similar buy three more times.

Task force officers, District 4 police and the Cincinnati SWAT executed a search warrant at the apartment and arrested Crawford and Watkins Aug. 31.

During this time, authorities were working to analyze the drugs so they could confirm they were illegal drugs and file criminal charges, Glassman said.

The source contacted police again Sept. 8. Watkins had a new cell phone number and was back in business, according to the affidavit. Police arranged two more buys.

However, Watkins told the source he was out of drugs when they arrived for the second buy on Sept. 9, according to the affidavit. Task force officers then saw Watkins walking up and down streets in the area "conducting counter surveillance."

"I need to make sure you know that was not a joke," Synan said Wednesday.

"I want to send this message out to those people who are pushing this poison: We are looking for you. We will find you. And if we have the ability, we will work closely with all the state prosecutors, the federal prosecutors, and if we can make a case on the federal level, we will be asking that you spend a significant portion of your life in jail," Synan said.