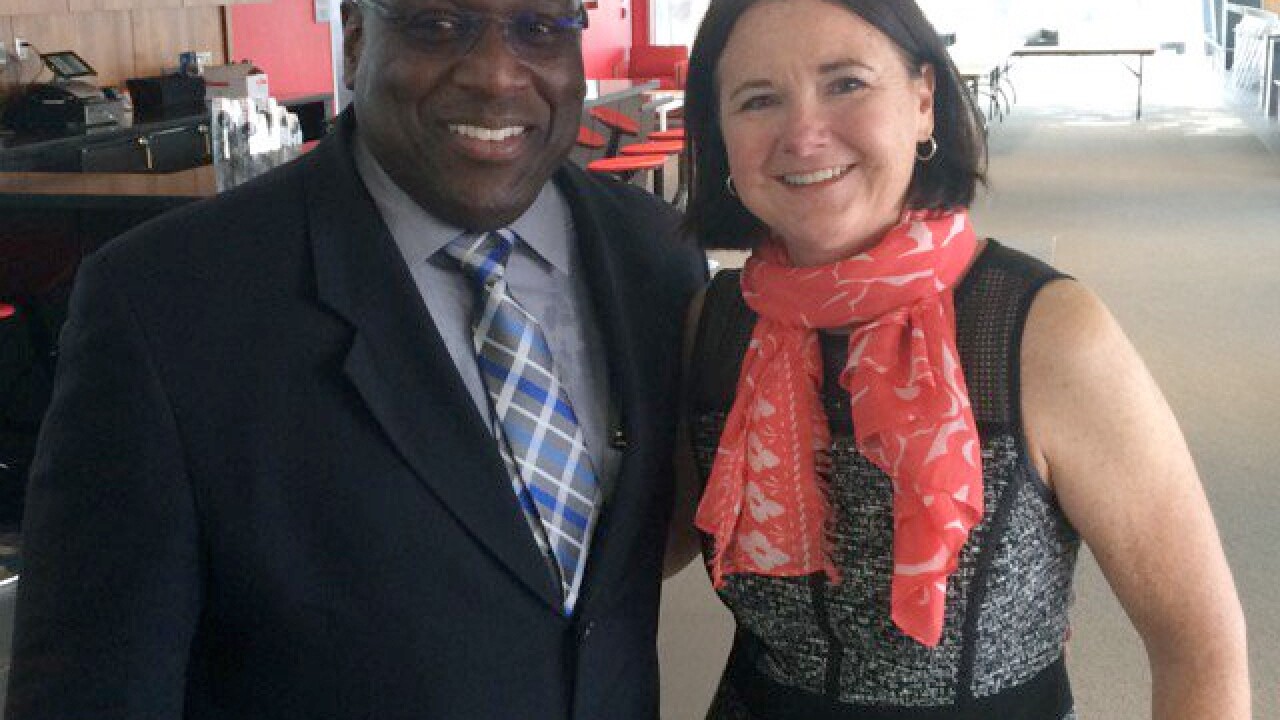 Carter is the chief of law enforcement for the Federal Reserve Bank’s Cleveland-Cincinnati branch and a former Cincinnati police officer for 23 years. He said he was "distinctly proud to take over as the police chief here at UC."

He pledged to be visible and use a "customer-friendly" strategy of policing.

Herold is a special project captain in the Cincinnati Police Department. She joined CPD in 1993 and was previously the District 4 commander.

“There’s little doubt in my mind that we will accomplish great things at UC,” she said.

Watch the full news conference in the video player below:

Robin Engel, the university vice president for Safety and Reform, said university officials aim to be a model of voluntary reform for others across the country. Carter and Herold bring the leadership that the department needs to meet that vision, she said.

“These are the leaders who are going to help guide the next generation of men and women at UCPD to even greater heights,” Engel said.

Following a national search, "It turns out the best of the best were right here in Cincinnati," UC President Santa Ono said.

Former UC Police Chief Jason Goodrich and Maj. Tim Thornton resigned in February amid an external review of the department.

The university began a top-to-bottom departmental review after one of the department’s officers, Ray Tensing, was charged with murder in the shooting death of Sam DuBose last summer.

In April, an independent firm hired by the university completed their own report on the department. They found that Goodrich and Thornton championed the off-campus traffic stops strategy, but failed to take “fundamental steps” to make it a success. After the DuBose shooting, they also failed to take ownership of the strategy, according to the report.

Carter said his experience in urban policing and communication will help restore trust on and around the UC campus.