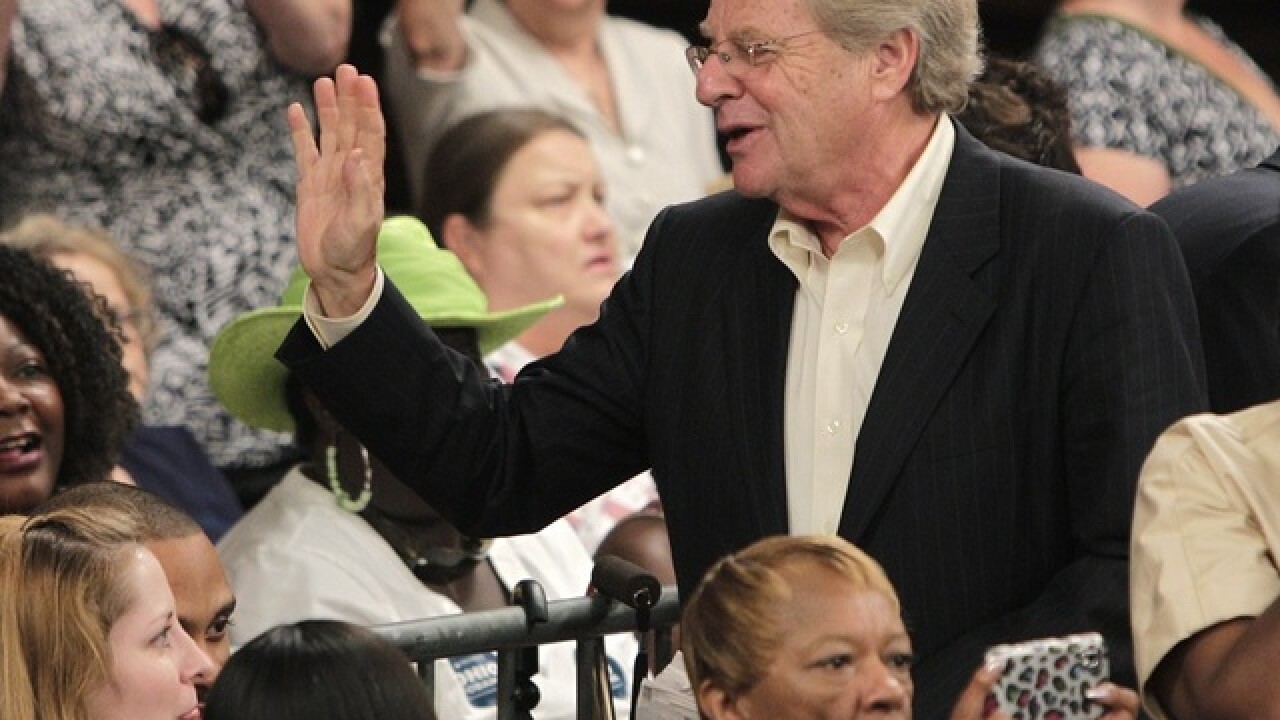 Image copyright 2017 Getty Images. All rights reserved. This material may not be published, broadcast, rewritten, or redistributed.
Jay LaPrete/Getty Images
<p>CINCINNATI. July 16, 2012. Former Cincinnati mayor and talk show host Jerry Springer waves to people in the crowd as he sits down before the start of a campaign event where U.S. President Barack Obama spoke about the economy.</p>

Several Democratic nominees for the November election are also slated to speak Monday. Thousands of union households attend the annual picnic at the amusement park along the Ohio River.

Also a former news anchor and city councilman, Springer considered but decided against running for Ohio governor this year. He ran unsuccessfully for the Democratic governor nomination in 1982.