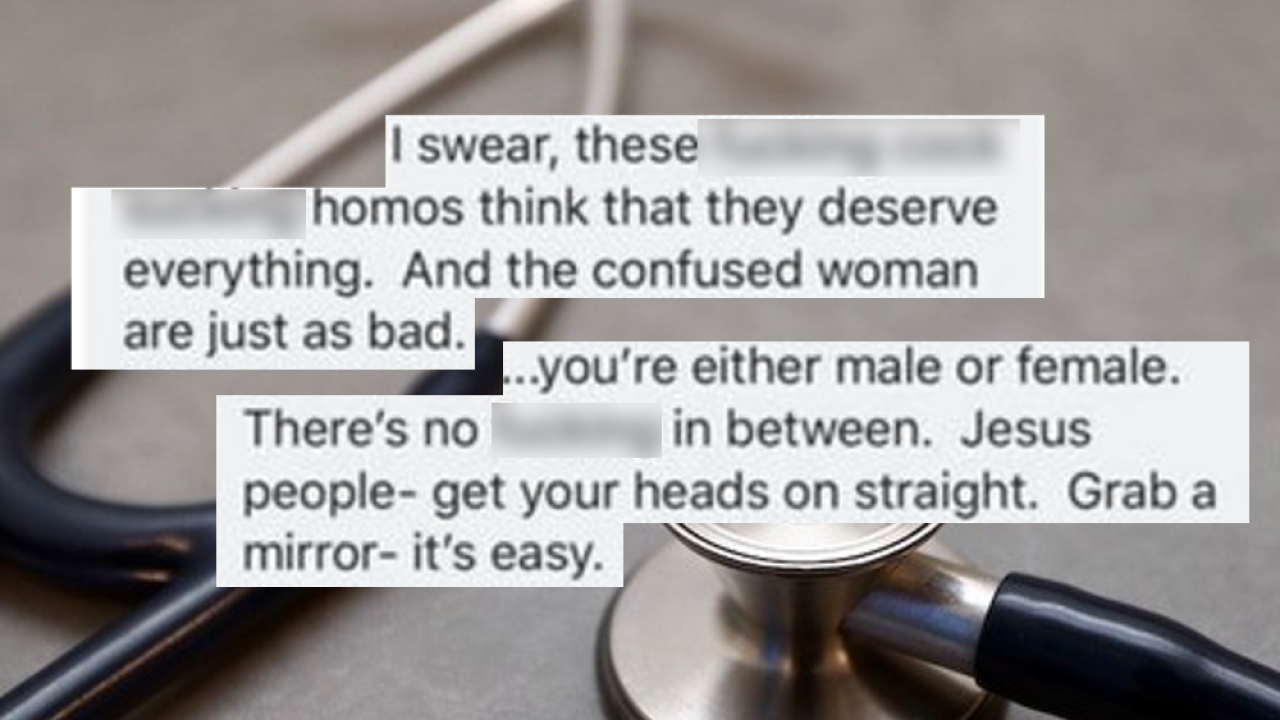 CINCINNATI — A TriHealth emergency room nurse resigned Thursday after being suspended for making a series of anti-gay, anti-trans Facebook comments.

“As we move forward and all of us learn from this troubling event, we know we must remain grounded in and guided by the — Serving and Respecting All People, Valuing Differences and Respecting and Celebrating our Spiritual Heritage,” TriHealth CEO Mark Clement wrote in a news release. “I remain hopeful that something good will come out of this very sad event as we recommit to coming together for the common good of those we serve, accepting and celebrating ALL our differences.

The nurse, whose name TriHealth did not publicize, had written on Facebook that entitled gay men and “confused woman” were ruining the United States, that transgender people did not exist and that “these ****ing ****-sucking h**** think they deserve everything.” Her comments appeared to have been prompted by a menstrual products manufacturer’s recent decision to remove the feminine Venus symbol from its pad packaging.

Cincinnati City Councilman Chris Seelbach, who is gay, screenshotted two of the comments and posted them on his Twitter account.

TriHealth responded by suspending the nurse and opening an investigation, according to Clement. She resigned before it was complete.

Clement wrote that TriHealth did not condone derogatory comments about members of the lesbian, gay, bisexual, transgender and queer community.

“We work hard every day to make the right decisions and take the right actions to ensure that we serve the needs of our patients, team members and community as a values-based organization and culture,” he wrote.

Homophobia and transphobia in healthcare can contribute to members of the LGBTQ community, especially transgender people, being too afraid of mistreatment to seek care even when they are victims of violent crimes.