Traffic delays possible this weekend due to roadwork and inspections 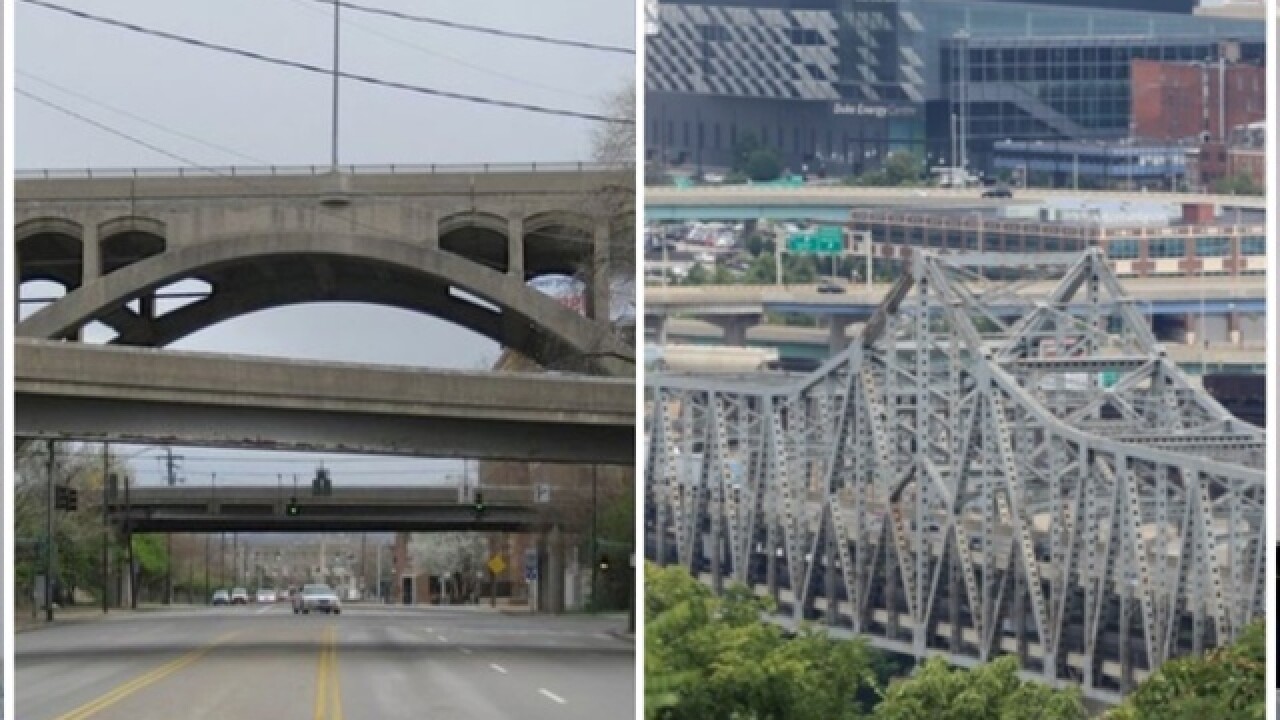 The right two lanes of northbound Interstate 71/75 will be closed from 7 a.m. to about 6 p.m. Saturday. Crews will complete a permanent fix on bridge joints, according to the Northern Kentucky office of the Kentucky Transportation Cabinet.

This is not a full closure, but delays are expected.

The bottom deck of the Western Hills Viaduct will be closed from 7 a.m. to 2 p.m. Saturday for inspection and scheduled maintenance, according to a city of Cincinnati spokesperson.

Eastbound and westbound traffic will be maintained on the top deck. The closure will allow crews to inspect the bridge and perform routine maintenance.

The ramp at exit 2B from southbound I-75 to the Western Hills Viaduct will be closed to accommodate equipment.