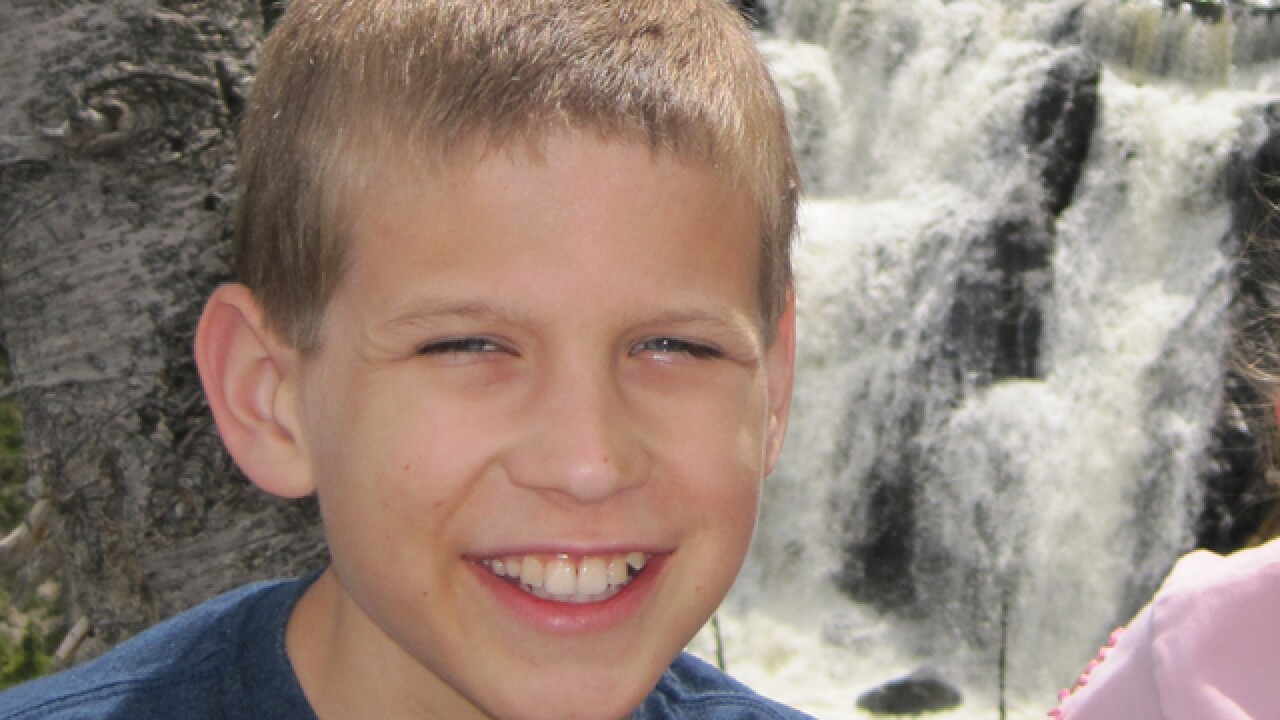 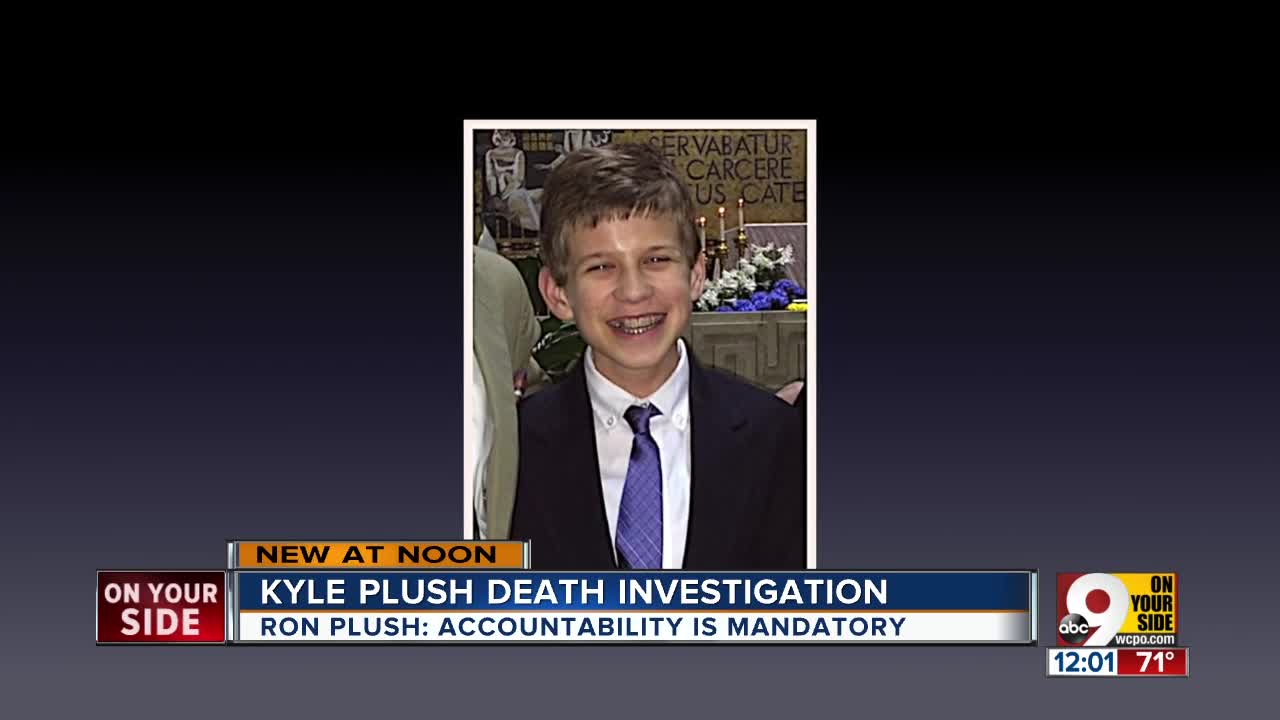 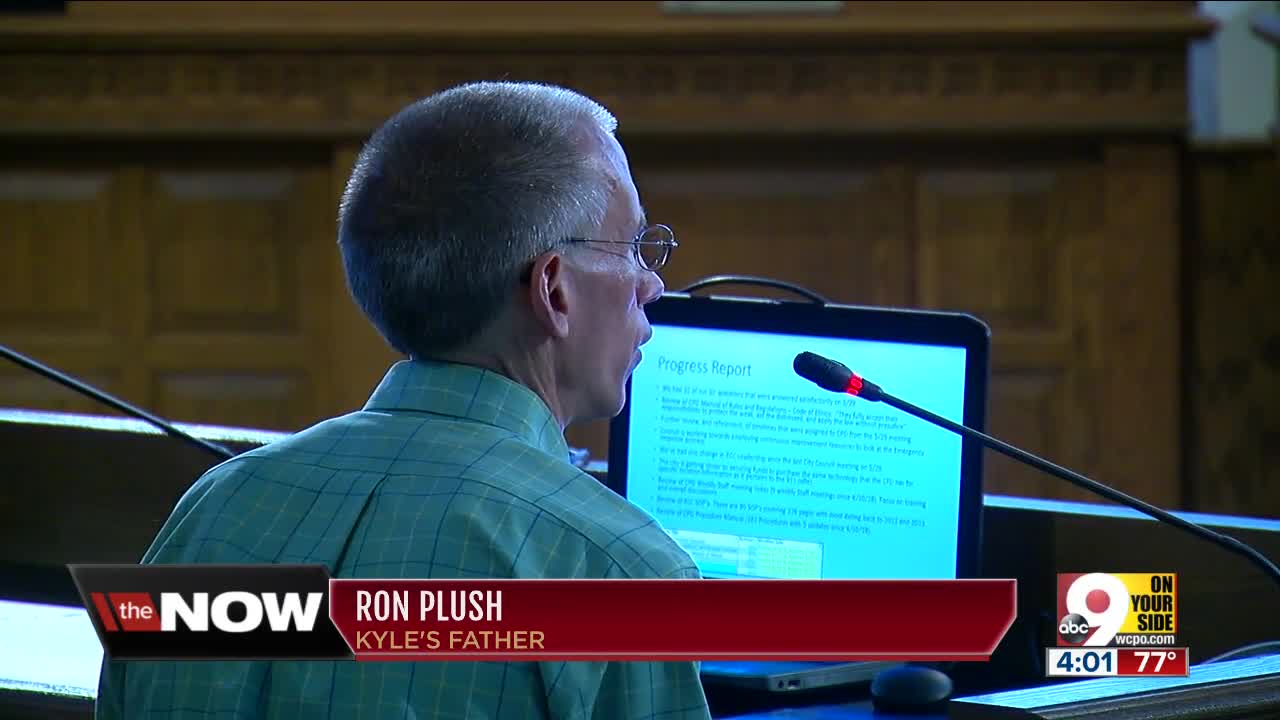 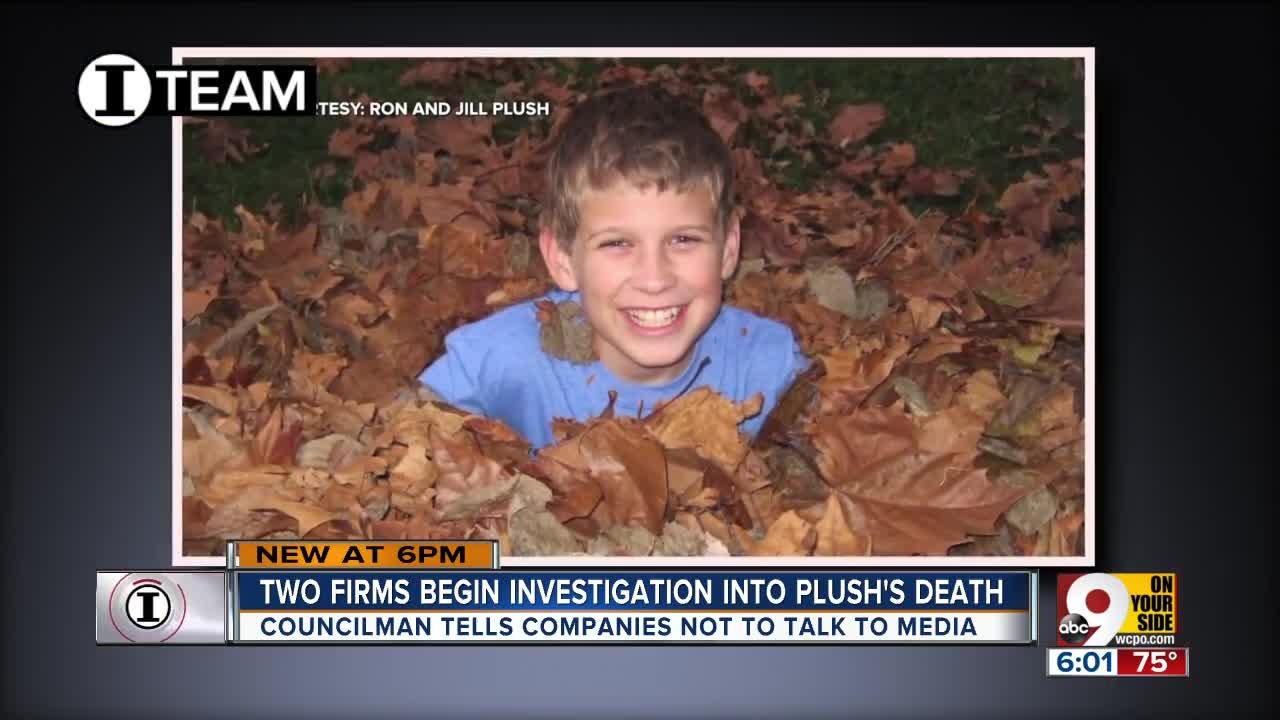 CINCINNATI -- Two firms will lead an independent investigation into how the Cincinnati Police Department "failed" Kyle Plush the day he died -- but the public is unlikely to know the answers for at least three months.

Vice Mayor Christopher Smitherman wants all aspects of the investigation to be kept from the public eye until it's finished. He said he's trying to respect a family who lost a child. An expert on Ohio's public records law called that reasoning "questionable."

"We know who was involved," attorney Jack Greiner said. "We know who the people are. It’s not a situation of witnesses not coming forward or anything. It makes no sense to not allow the citizens to really see how this is progressing."

Acting City Manager Patrick Duhaney said Monday the two firms will tackle different facets of what went wrong: 21st Century Policing will focus on the police department's response, policies and procedures, while Mission Critical Partners will focus on the 911 center -- both the specific problems the day Plush died, and broader issues there.

They're expected to complete their reviews in late September.

Plush, 16, suffocated inside his minivan outside the Seven Hills School on April 10 despite making two calls to 911. Cincinnati police officers sent to the school never found him; instead, his father Ron discovered his lifeless body hours later.

"Kyle did everything he should've done -- everything a mom or dad would tell their child to do. And he was failed horribly," Councilwoman Amy Murray said at a hearing last month.

"The calltaker was wrong, the dispatch was wrong, the cops were wrong," Mayor John Cranley told Plush's family at another hearing two weeks later. He and the City Council demanded the outside review.

After a council hearing last month, Ron Plush raised more questions related to technology at the 911 center and the software used inside police vehicles.  The city admitted at that meeting it could have done more to save Kyle.

"We can't continue to bury our heads in the sand," Ron Plush said Monday.

He appeared frustrated that city  officials have talked about Kyle's vehicle in generic terms, even though police knew they were looking for a van. He said he'd looked through hundreds of pages of 911 center procedures and police department policies. Some of them, he said, haven't been updated for five years or longer.

Plush also said he wanted to know how the city would track its timelines for all the fixes Duhaney has promised to make.

The independent investigation could cost taxpayers as much as $185,700, according to records obtained by WCPO: 21st Century Policing quoted a price of $87,500, while Mission Critical Partners said its fees would  not "exceed" $98,200.

Smitherman said he wants the Plush family to be first to hear about the investigation's findings. He publicly discouraged media from asking for documents and told the firms he didn't want their representatives to answer reporters' questions.

"The key to me is the non-release of information," Smitherman said.

But Greiner, a partner at Graydon Law, said that's likely not allowed by law: any draft reports, correspondence or other documents compiled over the next three months should be available to the public, he said.

"We shouldn't have to wait for this investigation. This is a city project, and the fact that they’re farming it out, really, in the spirit of the public records act, shouldn't’t matter," Greiner said.