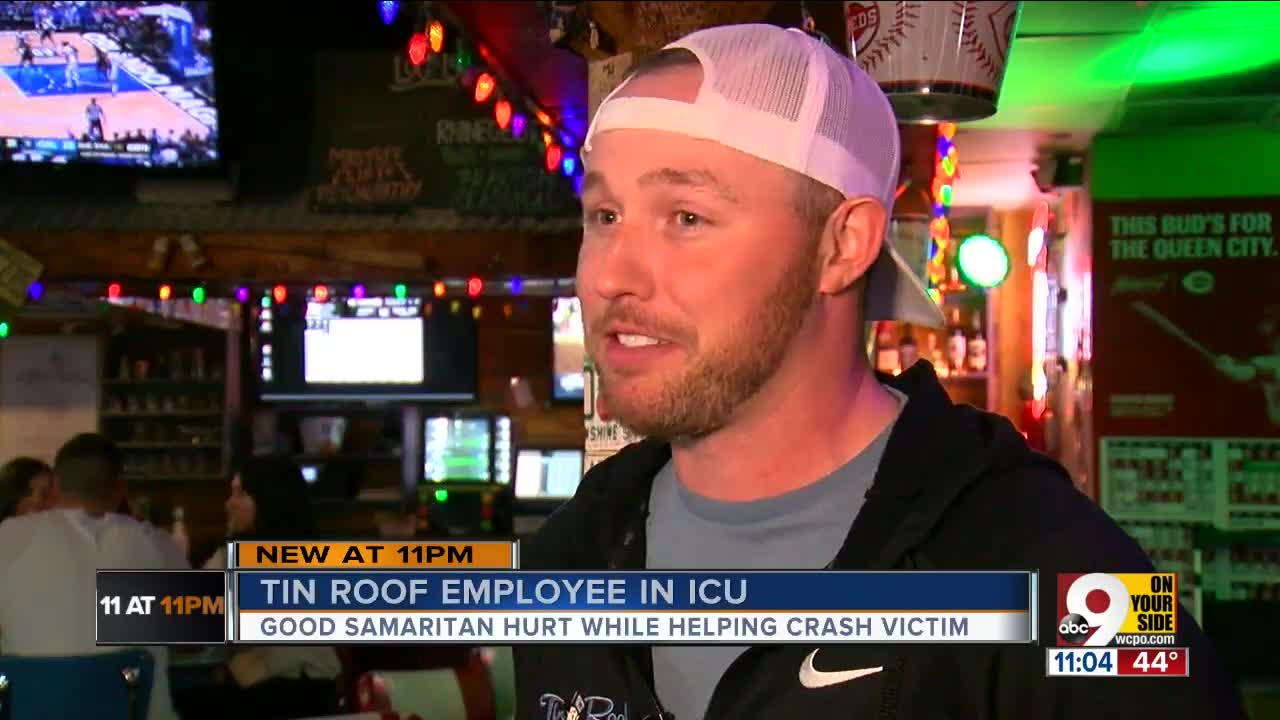 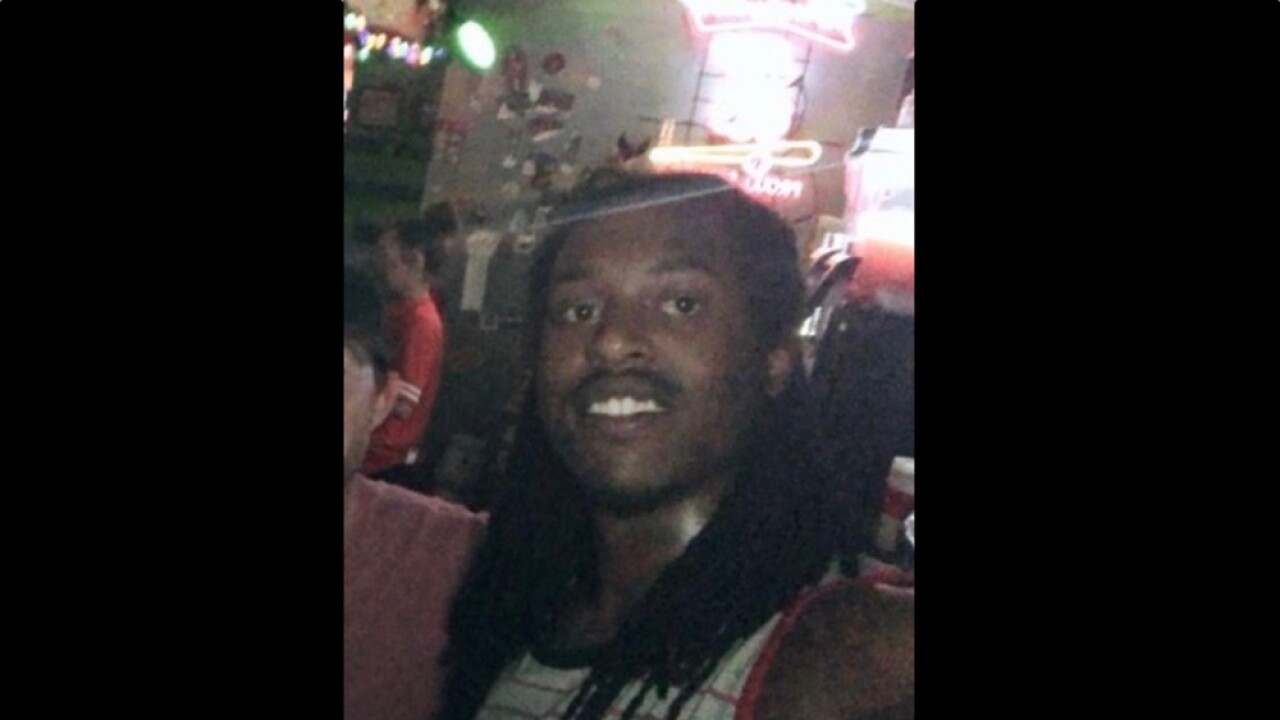 CINCINNATI — It started with a car accident Friday morning, and eventually unfolded in a series of events that led to a good Samaritan being injured, and two vehicles colliding.

A driver in a black Chevrolet car was driving northbound on Central Parkway early Friday morning when she hit a parked car, police said. After striking the parked car, her Chevrolet overturned between Elder and Liberty Streets.

Rueben Hamm, an employee at Tin Roof, was traveling behind the Chevrolet and witnessed the entire accident. He stopped his car and jumped out to help the driver of the flipped car, when a Ford SUV going southbound on Central Parkway hit him, police said.

Hamm is still in intensive care at University of Cincinnati Medical Center, but while he recovers his co-workers and work family are rallying to help him in turn.

"The fact that he did something like that," said William Hodges, regional manager of Tin Roof, where Hamm works as lead bar-back. "[It's] not out of character."

Hodges said Hamm, known to bar staff as Rue, is a hard worker who always steps up for his teammates to ensure everyone is doing fine.

Now, Hodges said, it's time to make sure the team has got Rue. Employees at the Tin Roof set up a GoFundMe to help pay for Hamm's medical expenses.

"Any little or big amount doesn't matter," said Hodges. "It'll all add up in the end to help him out. Those bills will roll in before you know it. Who knows if there's another surgery planned."

The cause of the crashes are under investigation, but police believe the driver of the Chevrolet may have been impaired. She sustained minor injuries.

The driver of the Ford SUV that hit Hamm was not injured, and stayed on scene.