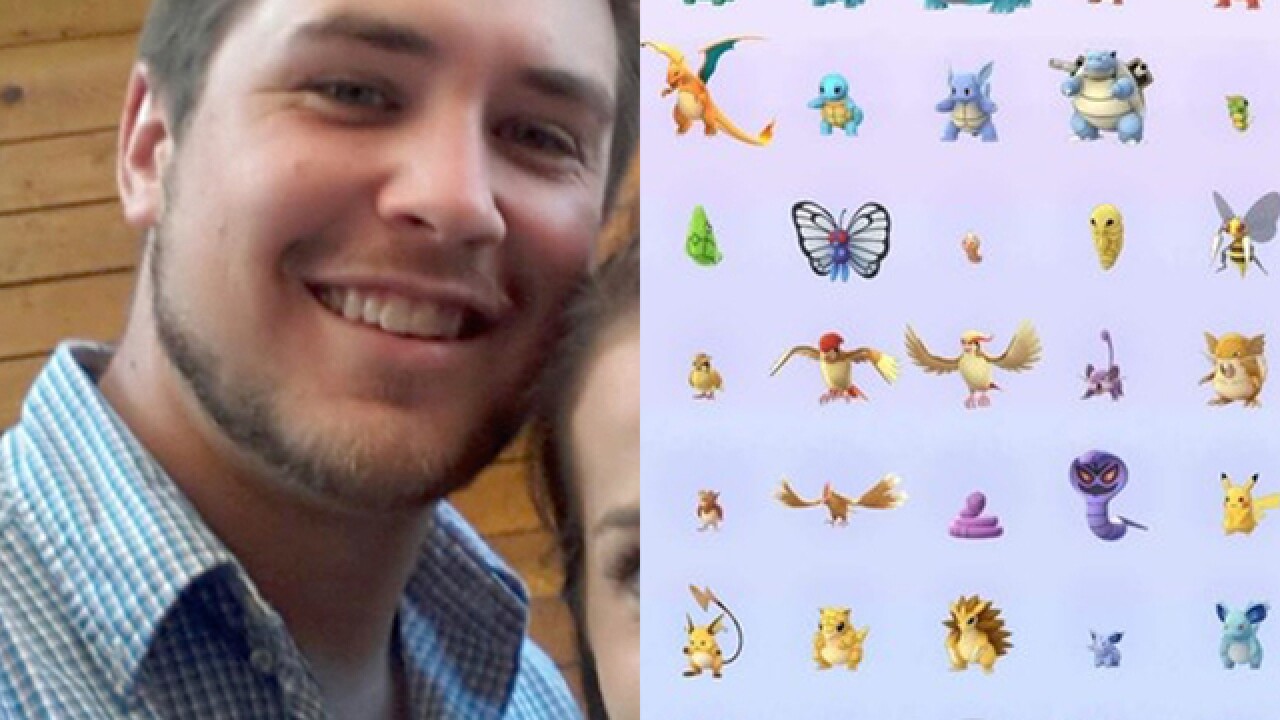 CINCINNATI – A Northern Kentucky man is apparently the first person locally to catch ‘em all.

Nick Shoemaker caught all 142 Pokemon available in Pokemon Go in North America within just a few weeks of the game's release.

Shoemaker said he had been playing the game for about two weeks when he read that a New York man had caught all 142. He hadn’t set out specifically to catch all the Pokemon, but said he decided then that he would.

“I looked at mine and I was only four away,” he said.

Shoemaker just needed a Grimer, Muk – which “evolves” from Grimer – and a rare Snorlax to complete his collection. He said he spent about eight hours hunting in a known Grimer area. He got lucky and caught a Snorlax there, and needed to catch just one more Grimer to evolve a Muk when he happened to catch a Muk.

Catching the rest took Shoemaker around the Tri-State. Some of his favorite spots include Ault Park, Eden Park, the various riverfront parks, Newport, Voice of America MetroPark in Butler County and both Jungle Jim’s locations.

The game periodically notifies players of how far they have walked while playing. Shoemaker said he has covered about 106 kilometers (a little less than 66 miles).

There are still three Pokemon in the game that Shoemaker doesn’t have, because they’re not available in North America. One is available in Europe, one in Asia and another in Australia. He doesn’t plan to go jet-setting in search of them.

Shoemaker said he hopes to be able to swap for those Pokemon when Niantic, the company behind Pokemon Go, introduces much-awaited trading feature. There are also a handful of Pokemon from the original games that haven’t yet been released in Pokemon Go.

For anyone else trying to catch all 142, Shoemaker shared some advice: “Always go to different areas.”

Shoemaker said playing the game took his as far south as Big Bone Lick State Park, as far north as Mason, as far east as Milford and as far west as Perfect North Slopes in Lawrenceburg.

While there aren’t any more Pokemon for Shoemaker to catch for now, he said he plans to continue leveling up in the game – he’s level 25 out of 40 now – and helping out other local players find Pokemon via the “Pokemon GO! Cincinnati League” Facebook page, which also features social events for local Pokemon fans.