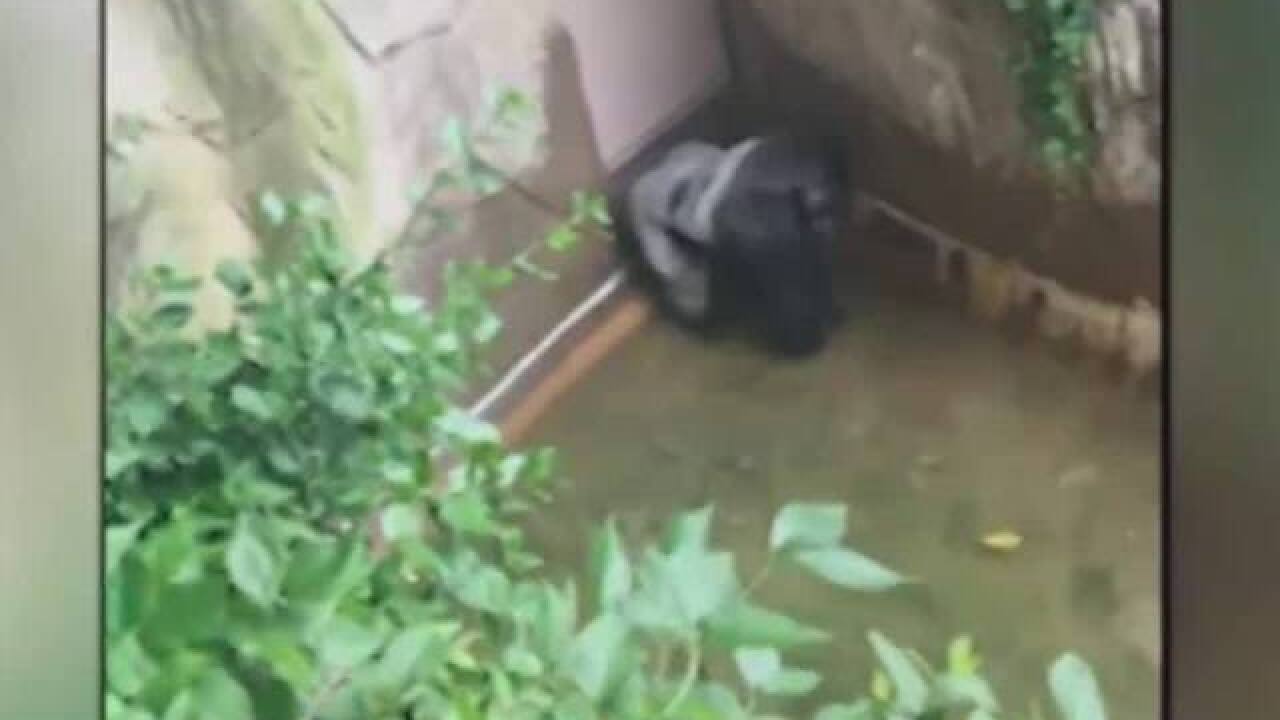 CINCINNATI – The 74-year-old zookeeper who raised Harambe says he hasn't stopped crying since Cincinnati Zoo staff shot the gorilla, but he doesn't blame them under the circumstances.

Like other Silverback gorillas, 17-year-old Harambe was a "gentle giant" and might have been only protecting the 3-year-old boy who squirmed into the gorilla enclosure in Cincinnati on Saturday, according to Jerry Stones, Facilities Director at the Gladys Porter Zoo in Brownsville, Texas.

But Stones said there was no way to predict if the gorilla would have become aggressive because of  the boy's surprising presence.

“The child was in danger. It’s a tragic set of circumstances that left a beautiful young gorilla in a situation that was foreign and ultimately ended up being dangerous for him,” Stones told the New York Daily News.

"Can you imagine what was going through those parents' minds? No matter what Harambe was doing, in their minds, they had to be petrified."

But Stones was clearly heartbroken.

“An old man can cry, too,” Stones said. “He was a special guy in my life. Harambe was my heart. It's like losing a member of the family.

“I raised him from a baby. He was a sweet cute little guy,” Stones said. “He grew up to be a pretty, beautiful male. He was very intelligent - very, very intelligent. His mind was going constantly. He was just such a sharp character."

"The loss of Harambe has deeply saddened the staff of the Gladys Porter Zoo. Each of us . . . those who raised him, those who cared for him daily, and those who simply admired him as he grew into a magnificent silverback . . . are dealing with his tragic loss in his or her own way.  This unfortunate incident has deeply affected our colleagues in gorilla conservation across the globe, and has especially impacted the team at the Cincinnati Zoo. Our thoughts are with them at this time."

Harambe was born at the Gladys Porter Zoo on May 27, 1999. On Sept, 18, 2014, he was sent to the Cincinnati Zoo as part of a Western lowland gorilla Species Survival Plan breeding recommendation, the statement said.