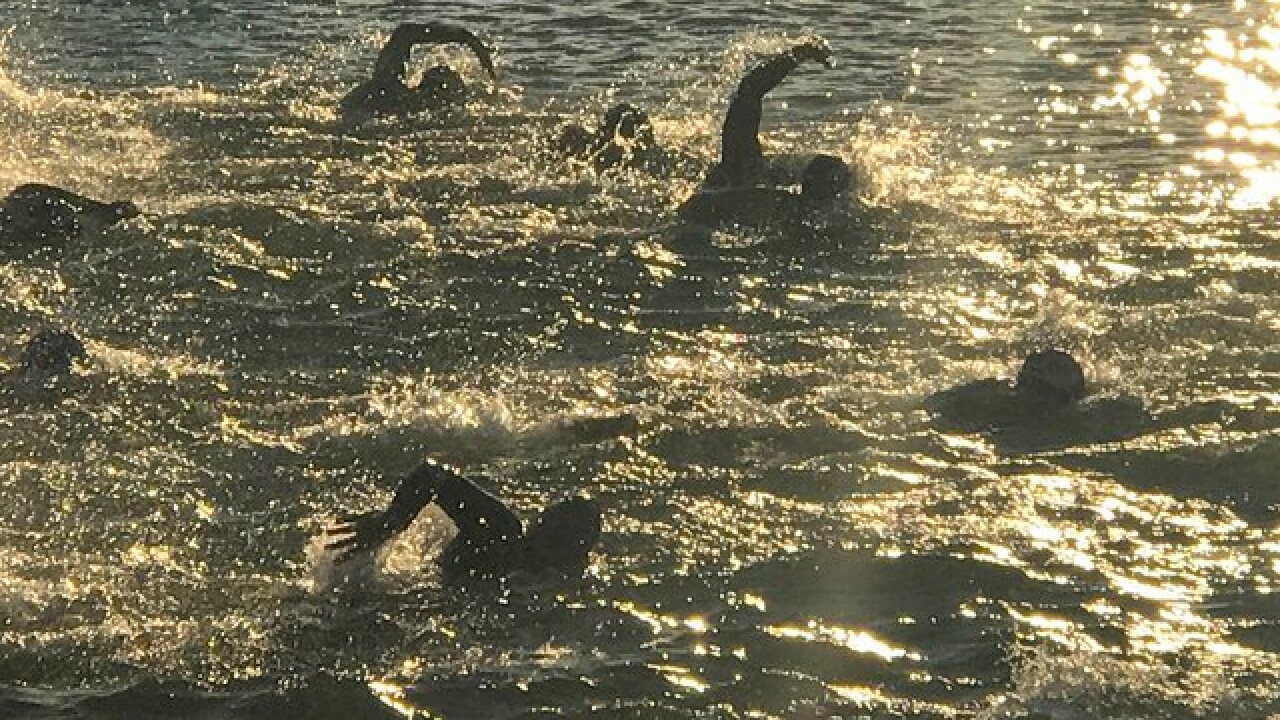 CINCINNATI — The Great Ohio River Swim, originally slated to kick off on Sunday, has been postponed because of a harmful algal bloom in the Ohio River, according to a press release from organizers.

The algal bloom has appeared in the Ohio River near Cincinnati and Northern Kentucky, the press release said.

After consulting with the Ohio EPA, the Ohio River Valley Water Sanitation Commission and the Kentucky Environmental Protection Cabinet, organizers decided it would be best to postpone the event.

A cautionary statement released warned that "individuals should avoid direct contact, including swimming, wading, paddling, diving and water skiing in water that has a visible bloom, unusual color or where blue-green algae are abundant."

Organizers are rescheduling the swim for Oct. 13.