NWS: Tornado touched down in Westwood, but not in Clifton 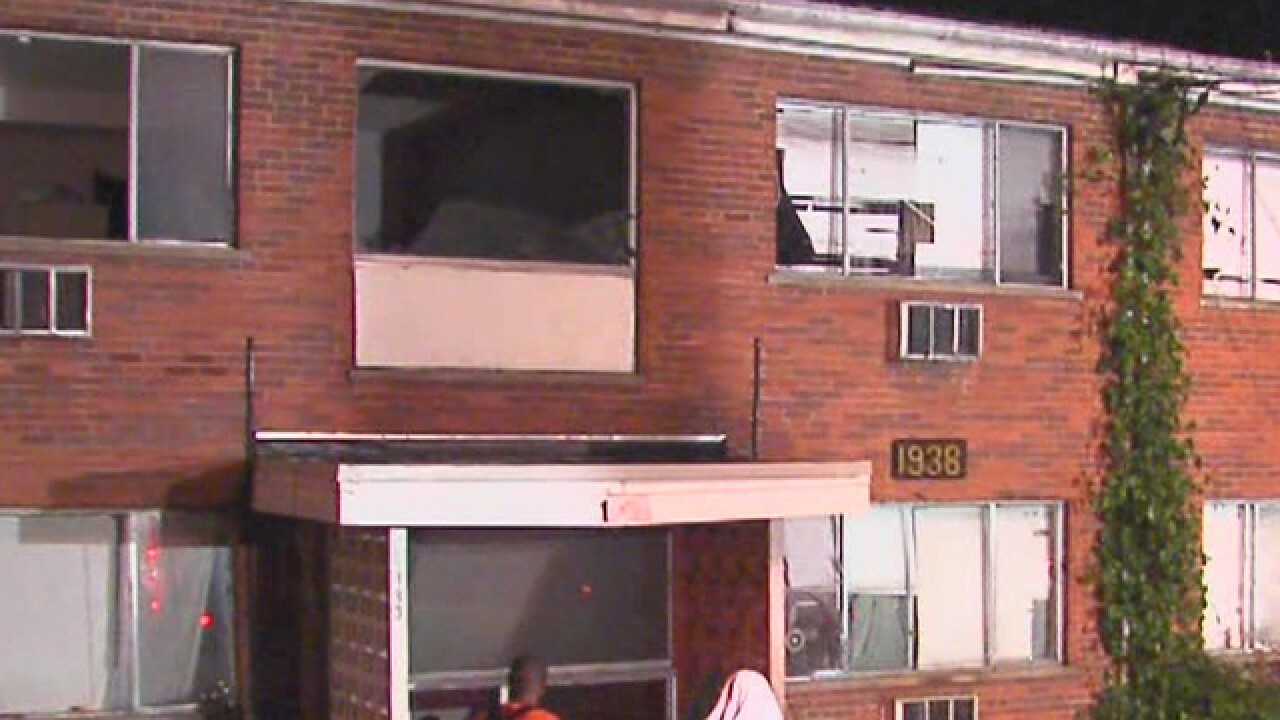 Jordan Burgess
<p>The roof was ripped off this apartment, The Flats, on Westwood Northern Blvd.</p> 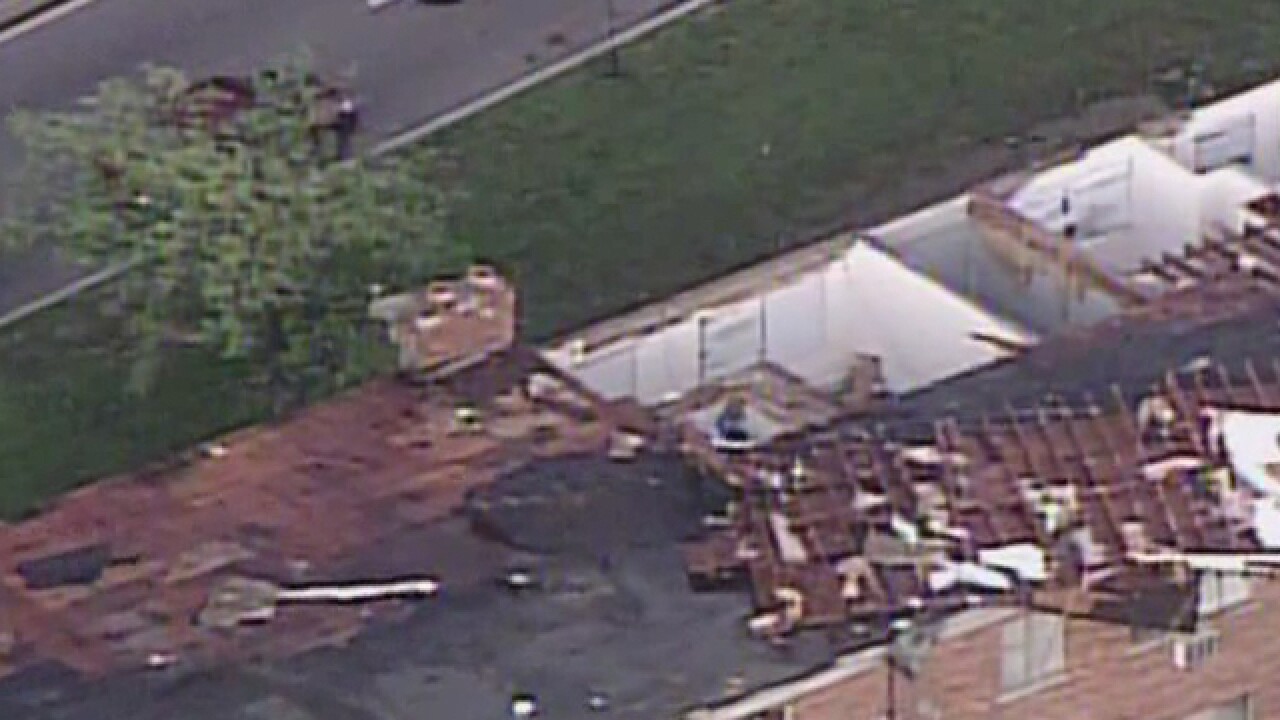 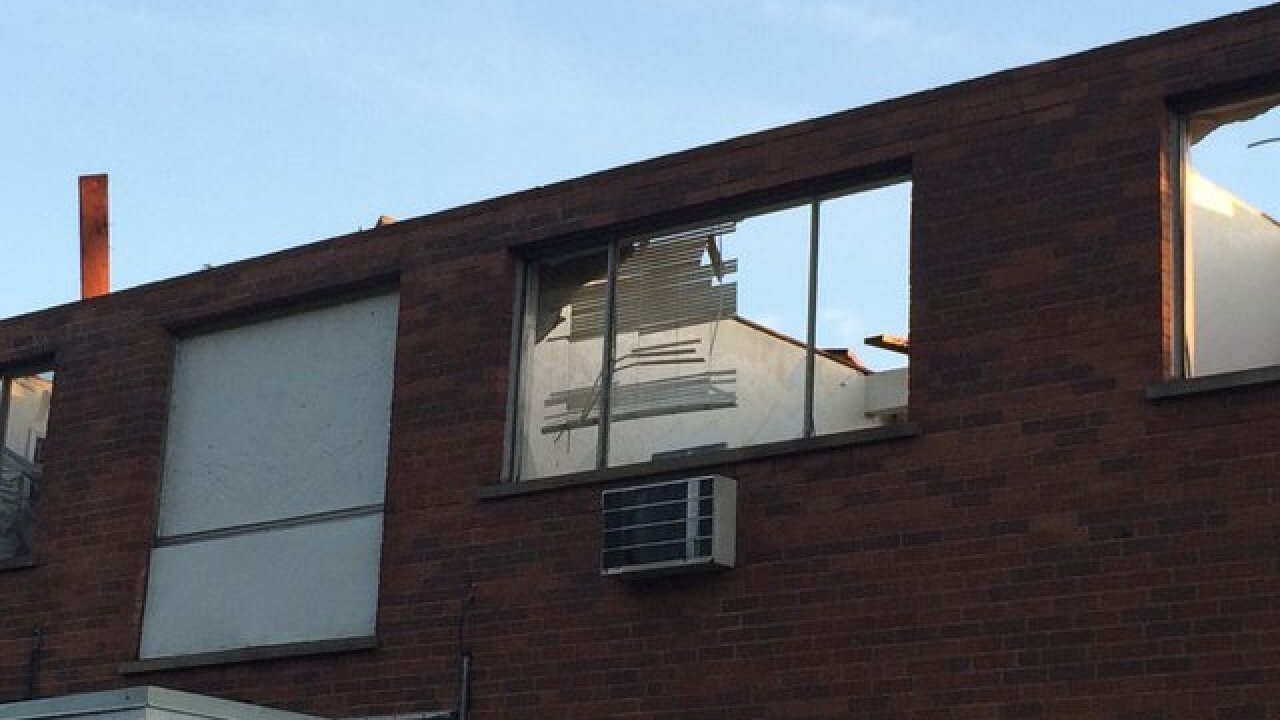 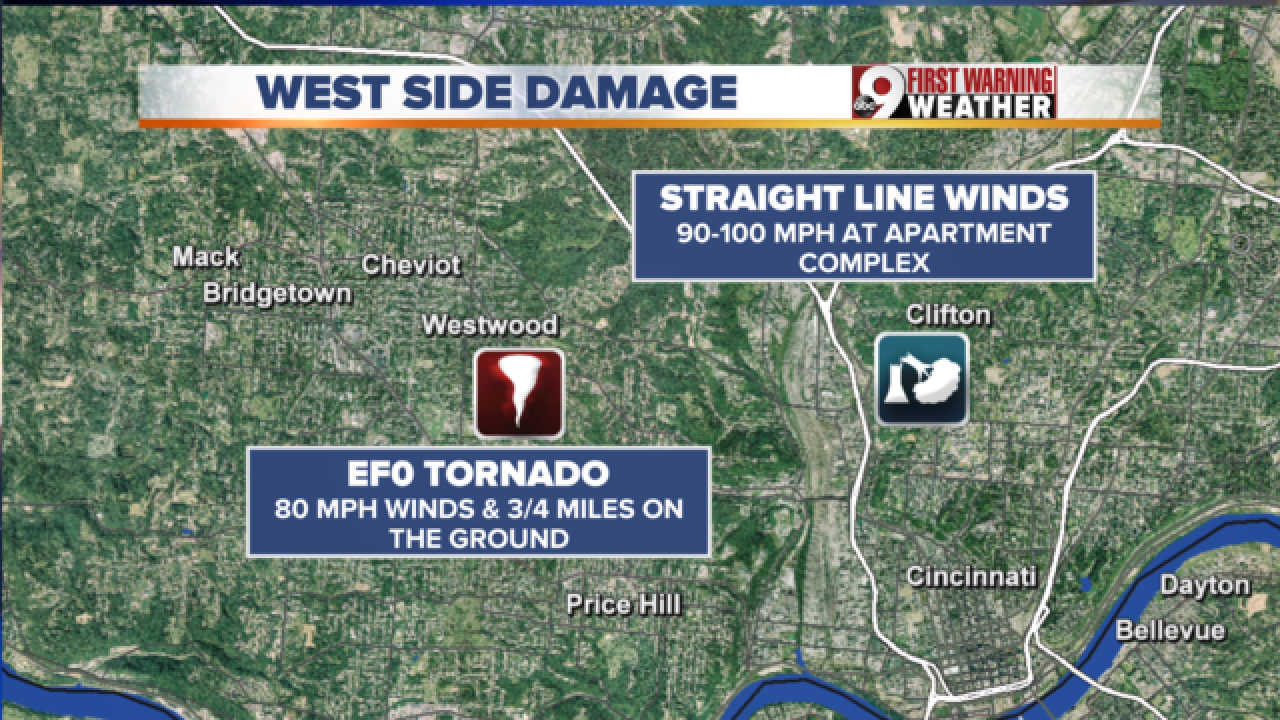 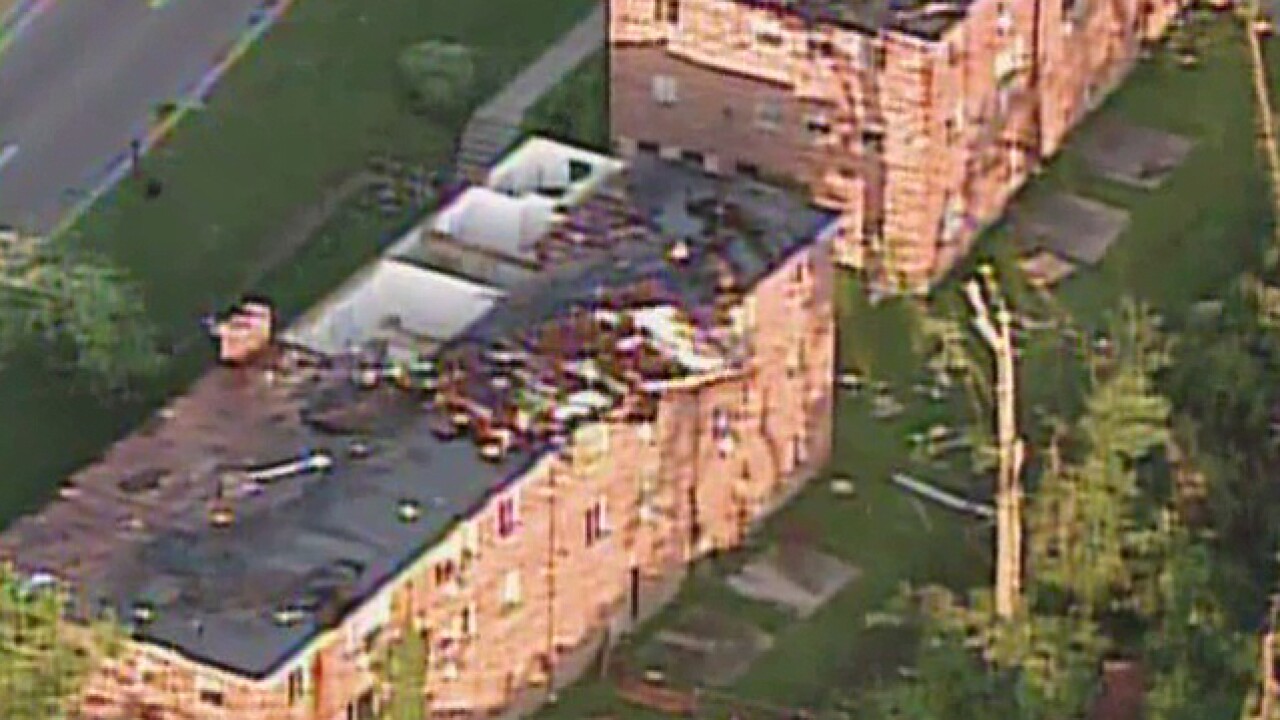 CINCINNATI -- The National Weather Service has determined a tornado touched down in Westwood but not Clifton during a storm that has left dozens homeless around Cincinnati and resulted in widespread power outages across the Tri-State.

The NWS said it was an EF0 tornado that ripped through Westwood Wednesday night.

Out of the more than 600 reports of severe weather Weds, only ONE tornado, and it was here in Westwood. Crazy. @wcpo pic.twitter.com/787DwT2XWY

The city's west side seemed to take the brunt of the storm's force with damage reported through both neighborhoods. Officials determined straight line winds reaching between 90 and 100 miles per hour, not a tornado, caused the damage in Clifton and at The Flats apartment buildings in the 1900 block of Westwood Northern Boulevard, where roofs were blown off along with toppled trees and blown-in windows.

You can see the sky from this apartment at The Flats on Westwood Northern Blvd. @WCPO pic.twitter.com/qxH5AnFLhm

Take a look at aerial footage of the scenes in the video player below.

About 30 residents of The Flats are being assisted by the Red Cross after the storm put them out of a home. No serious injuries were reported, but resident Jones did need to have his leg checked because he was outside when the storm hit.

@WCPO lots of trees down and damage to cars off Ludlow! pic.twitter.com/lAv4mMgFM9

Gerard Morency was driving from his home on Westwood's Boudinot Avenue to his job Downtown when the storm blew through around 10:45 p.m.

“A tree went down and hit the back off my car,” he said. “I kept going and then that one went down.”

Morency pointed to a huge tree laying across Werk Road.

“Another eight feet, and it would have crushed my car,” he said.

Several trees down closer Werk between Ferguson Road and Epworth Avenue. Police officers and fire crews were on hand and power was knocked out in the immediate area.

The Cincinnati Zoo saw some downed trees and debris throughout the grounds and decided to delay opening for the day until noon.

Zoo will open late today due to tree & wind damage from last night's storm. We anticipate opening at noon. pic.twitter.com/SbuH9iJzTT

Over in Clifton, pieces of Immanuel Presbyterian Church’s roof were strewn over Clifton Avenue.

“It happened in less than a minute, and you had all this,” resident Lovell Lathan said.