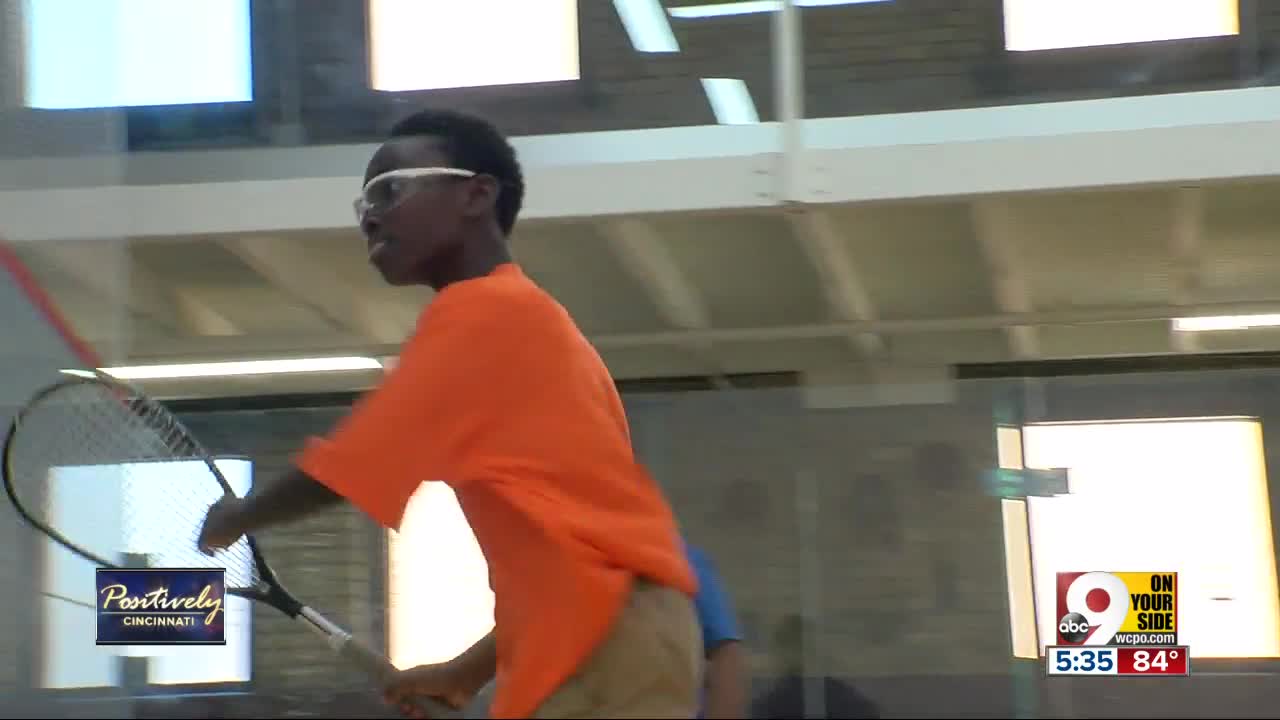 CINCINNATI — Two years ago, seventh grader Bienvenue Niyonkuru thought squash was only a fruit. Now he holds a national title in the racquet-based sport of the same name — and hopes his love of the game will carry him to college on an athletic scholarship.

“It’s because I’m an athletic young man and a hard worker,” he said. And a good student, too.

Niyonkuru’s family moved to the United States from Rwanda in 2016. He discovered the sport of squash through his new school, where he learned the Cincinnati Squash Academy offered a free program for children in the city.

“What we say is, ‘We’re not going to ask for any money, but what we do ask for as payment is hard work,’” executive director Leah Zipperstein said.

Niyonkuru was ready to give it.

“I figured out that I like the sport, so I started playing,” he said. “I very much like it.”

Through the academy, which recruits students from schools where 70% or more of the student body receives free or reduced lunch, he goes on field trips around the city, gets extra time in the classroom, volunteers in the community and — naturally — hones his squash skills.

Zipperstein said Niyonkuru is always itching to play, even when his class goes on field trips.

It’s that passion that’s made him the 13-and-under urban squash champion, and Zipperstein believes it will help him find a path to college, too.

“He is going to be the mission of this program in fulfillment,” she said.