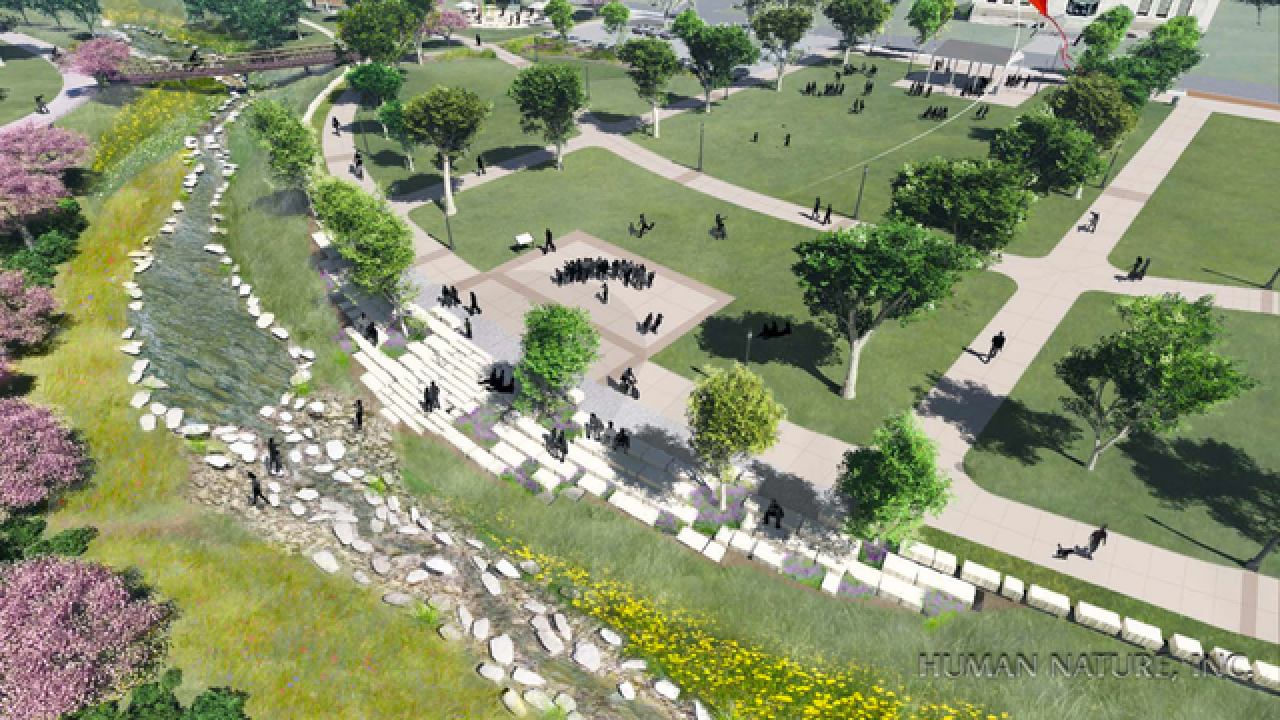 Copyright 2017 Scripps Media, Inc. All rights reserved. This material may not be published, broadcast, rewritten, or redistributed.
Project Groundwork
<p>Rendering of a civic recreation space in South Fairmount and part of the Lick Run Greenway project.</p>

CINCINNATI -- Before South Fairmount is home to a lush, green park complete with a stream running through it -- residents and drivers have to cope with a few more years of construction.

Construction on the $90 million Lick Run Greenway began in July 2017 and will continue into spring of 2020. The project, led by the Metropolitan Sewer District of Greater Cincinnati, will impact traffic throughout the course of construction.

All construction and road closures are weather permitting.

Also starting Wednesday, there will be a continuous left turn onto Westwood Avenue from White Street to alleviate congestion. Drivers will not be allowed to turn left onto White Street from Westwood and the speed limit will be reduced to 25 miles per hour.

What is the Lick Run Greenway?

This is not a typical landscaping project. The transformation in South Fairmount is also a way to redirect water to Mill Creek during storms, helping prevent raw sewage and stormwater from pouring through local combined sewer overflows.

When WCPO spoke to longtime resident Charles Young in 2017, he said he was skeptical of its impact on the community.

Young said he believes the project, which includes the demolition of more than 90 buildings, has depleted the neighborhood without offering a plan to rebuild.

"What we had was a vibrant community," he said. "What we're getting is an amusement park."

MSD is building a 1.5-mile-long stormwater tunnel. Above it -- a natural stream lined with trees and greenery.

Below are other traffic pattern changes currently in place, according to MSD: