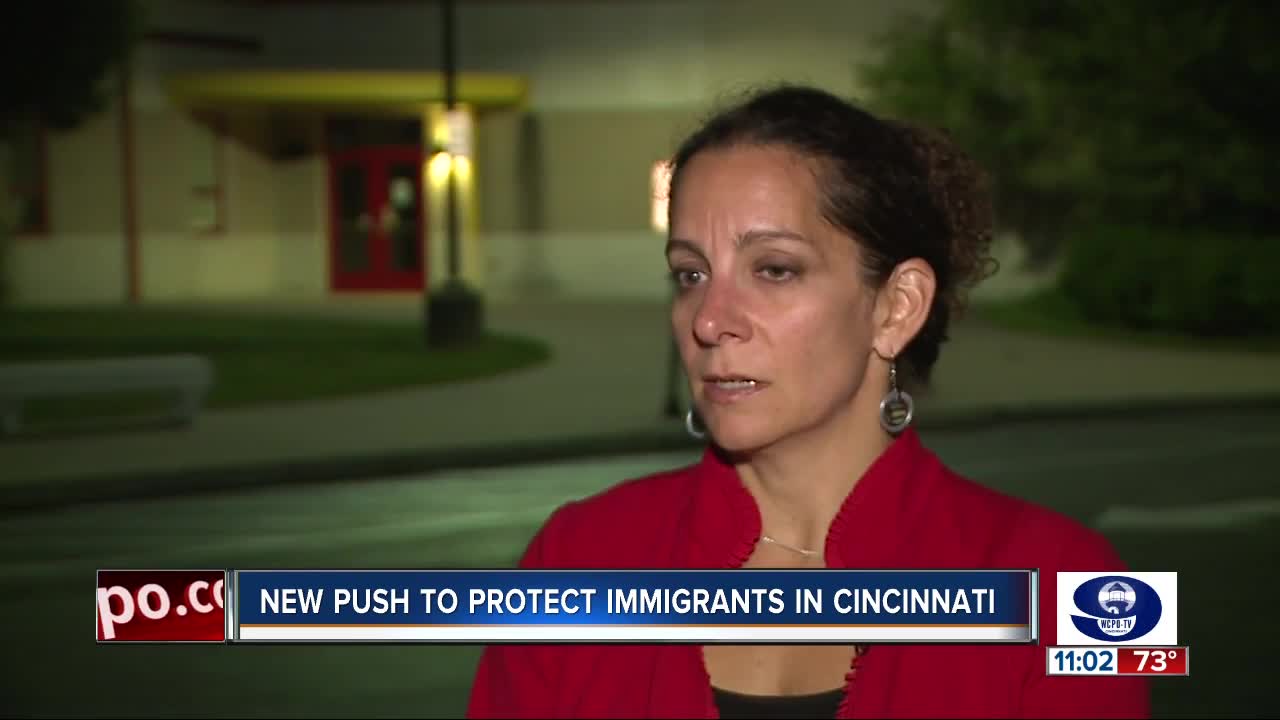 “If you pay our taxes, if you are raising your family here, if you are adding to the diversity and vitality of our neighborhoods — and all of our local immigrants and refugees are doing those things — then you are absolutely part of this community.”

CINCINNATI — Flanked on the steps of City Hall by representatives of the Immigrant & Refugee Law Center, Jewish Community Relations Council and the Cincinnati Police Department, Councilman P.G. Sittenfeld announced Thursday morning he had introduced legislation to form a local rapid-response network protecting immigrants and refugees from being detained in potential federal immigration raids.

He said he believes it will pass unanimously in early August.

“Because of the current occupant of the White House and the brand of us vs. them, slash-and-burn, threat-by-tweet politics that he practices, we, the city of Cincinnati, need to be proactive when it comes to protecting members of our community,” he said. “If you pay our taxes, if you are raising your family here, if you are adding to the diversity and vitality of our neighborhoods — and all of our local immigrants and refugees are doing those things — then you are absolutely part of this community.”

The network Sittenfeld proposed would include provisions to connect migrant families with legal help, “know your rights” training to prevent them from being detained or questioned without warrants, family preparedness plans to keep relatives in touch in case of detention and immediate-needs assistance if a family member is detained on short notice.

“If and when this current federal administration executes these raids here in Cincinnati we want to be ready, be prepared, have a plan,” Sittenfeld said.

President Donald Trump, who ran on a platform that included the construction of a wall along the United States-Mexico border and once claimed other countries actively sent criminals to the U.S., has used the prospect of widespread raids by Immigration and Customs Enforcement to push Congress toward stricter immigration reform.

The raids finally materialized last week in a dozen major cities, including New York, Baltimore, Chicago and Los Angeles. The New York Times reported only 35 of the 2,000 intended targets were arrested. According to Times reporter Miriam Jordan, the extended lead-up to the raids gave civil rights organizations time to educate immigrants about their rights — and the immigrants themselves time to move from where ICE expects to find them.

Cincinnati was never on the projected list, and the Trump administration has not indicated it intends to carry out future raids in the area.