Several groups join together in protest Downtown on Saturday 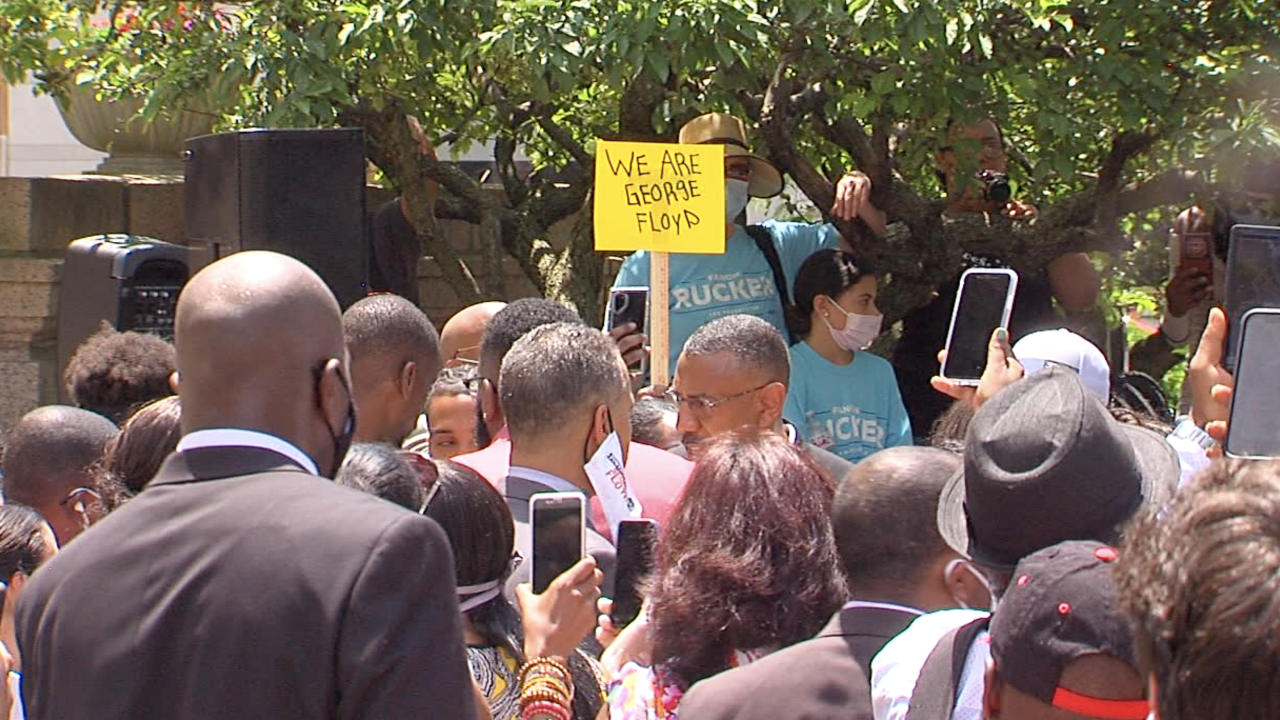 Copyright 2020 Scripps Media, Inc. All rights reserved. This material may not be published, broadcast, rewritten, or redistributed.
Scott Wegener
Several different groups joined together at the Hamilton County Courthouse on Saturday, June 6, 2020 to protest the Minneapolis police killing of George Floyd. 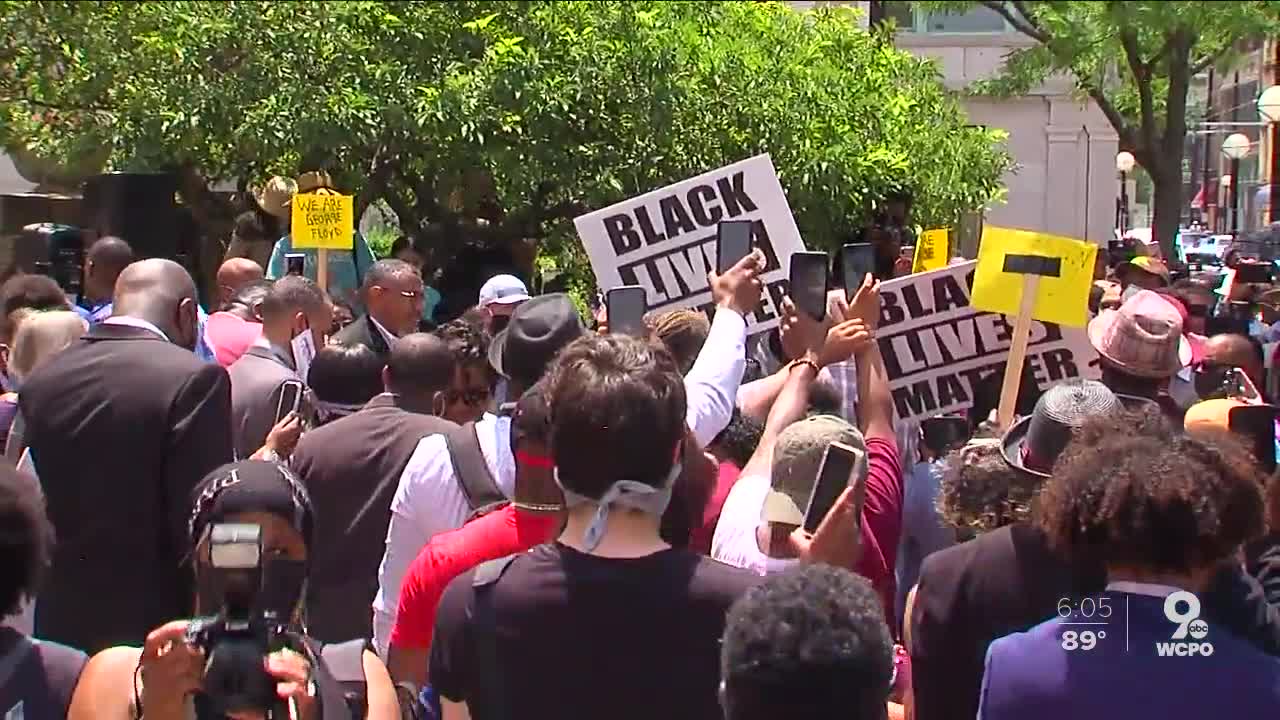 CINCINNATI — Labor unions, Masons, Men in Suits and other groups joined together Saturday afternoon for the ninth consecutive day of protest in the Cincinnati area.

The groups planned rallies for 1 p.m. at the Hamilton County Courthouse, resulting in what one protester referred to as a “hodgepodge” of protesters, all fighting together for social justice and black lives.

The protesters chanted, “No justice, no peace,” and held their fists in the air in protest of the death of George Floyd, who was killed while in Minneapolis police custody on Memorial Day. Floyd died after a police officer knelt on his neck for more than eight minutes.

Ben Jarvis with Cincinnati Socialist Alternative said the protest consisted of all types of people.

“There’s independent activists, there’s ordinary people out here, and we’re all linking up together and it’s a beautiful thing,” Jarvis said.

Dahlia Gulley said the protests combined because they all want the same thing.

“I know we all want the end goal to be the same: peace and equality for everyone to be able to live their life as freely as they want,” Gulley said.

Gulley said diversity among organizers, from Cincinnati Socialist Alternative to Cincinnati Federation of Teachers, shows that everyone has a stake in addressing racism.

“It’s not just black people. It affects white people, Hispanic people, all cultures,” Gulley said. “So now people are seeing there’s just so much injustice, so they can’t just sit back, and they’re just coming forth and being here to support.”

The protest was not only about showing unity, it was about standing in solidarity with the black community, Jarvis said.

“I don’t know how it feels to be black in America, but I can empathize and I can struggle alongside our black brothers and sisters,” Jarvis said.