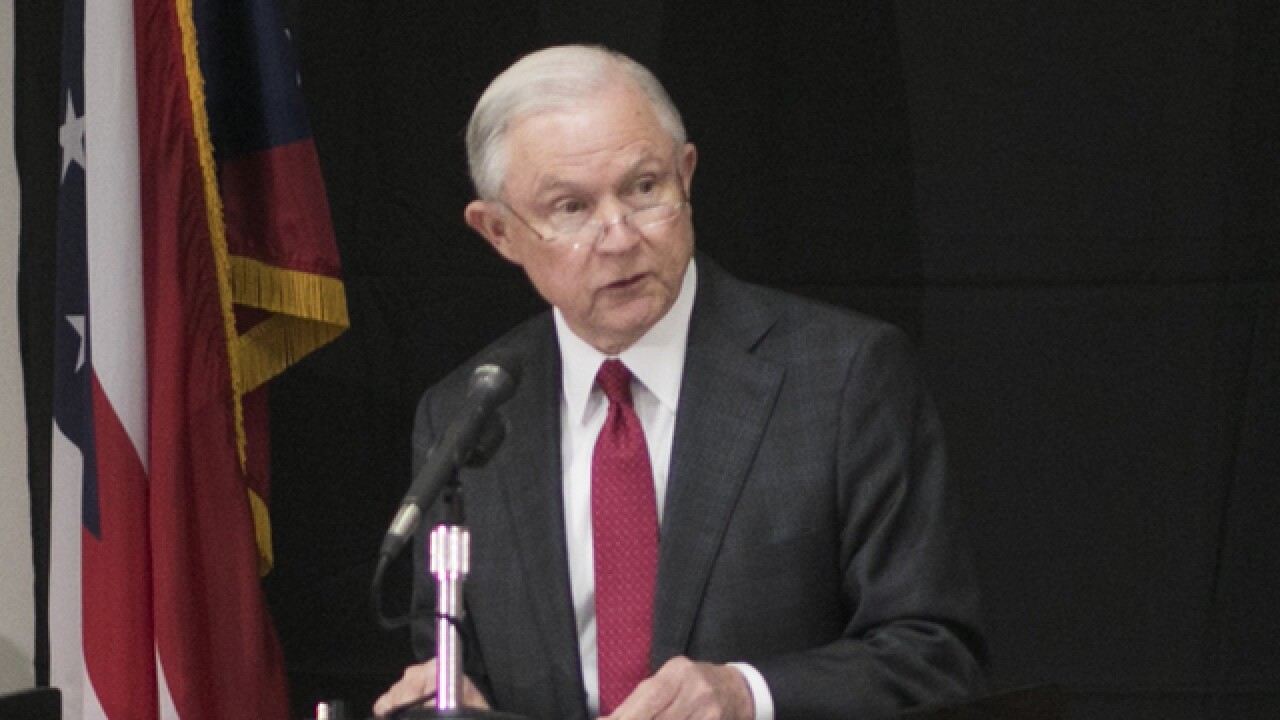 He unveiled the pilot program during a speech in hard-hit Ohio, where eight people a day die of accidental overdoses.

“In recent years some of the government officials in our country I think have mistakenly sent mixed messages about the harmfulness of drugs,” Sessions said. “So let me say: We cannot capitulate intellectually or morally unto this kind of rampant drug abuse. We must create a culture that’s hostile to drug abuse.”

Sessions said the group of prosecutors he has dubbed the “opioid fraud and abuse detection unit” will rely on data in their efforts to root out pill mills and track down doctors and other health care providers who illegally prescribe or distribute narcotics such as fentanyl and other powerful painkillers.

Such prescription opioids are behind the deadliest drug overdose epidemic in U.S. history. More than 52,000 Americans died of overdoses in 2015 — a record — and experts believe the numbers have continued to rise. Sessions has made aggressive prosecutions of drug crime a top priority, saying the deadly overdoses necessitate a return to tougher tactics.

The Health Department says opioid-related overdoses killed 3,050 Ohioans in 2015, with that number expected to jump sharply for 2016.

In June, the coroner serving the greater Columbus area said overdose deaths through April of this year rose to 173, a 66 percent jump from the same period a year ago.

In May, Sessions instructed the nation’s federal prosecutors to bring the toughest charges possible against most crime suspects. Critics assailed the move as a return to failed drug-war policies that unduly affected minorities and filled prisons with nonviolent offenders.

The announcement was a reversal of Obama-era policies that is sure to send more people to prison and for much longer terms.

Advocates warned the shift would crowd federal prisons and strain Justice Department resources. Some involved in criminal justice during the drug war feared the human impact would look similar.