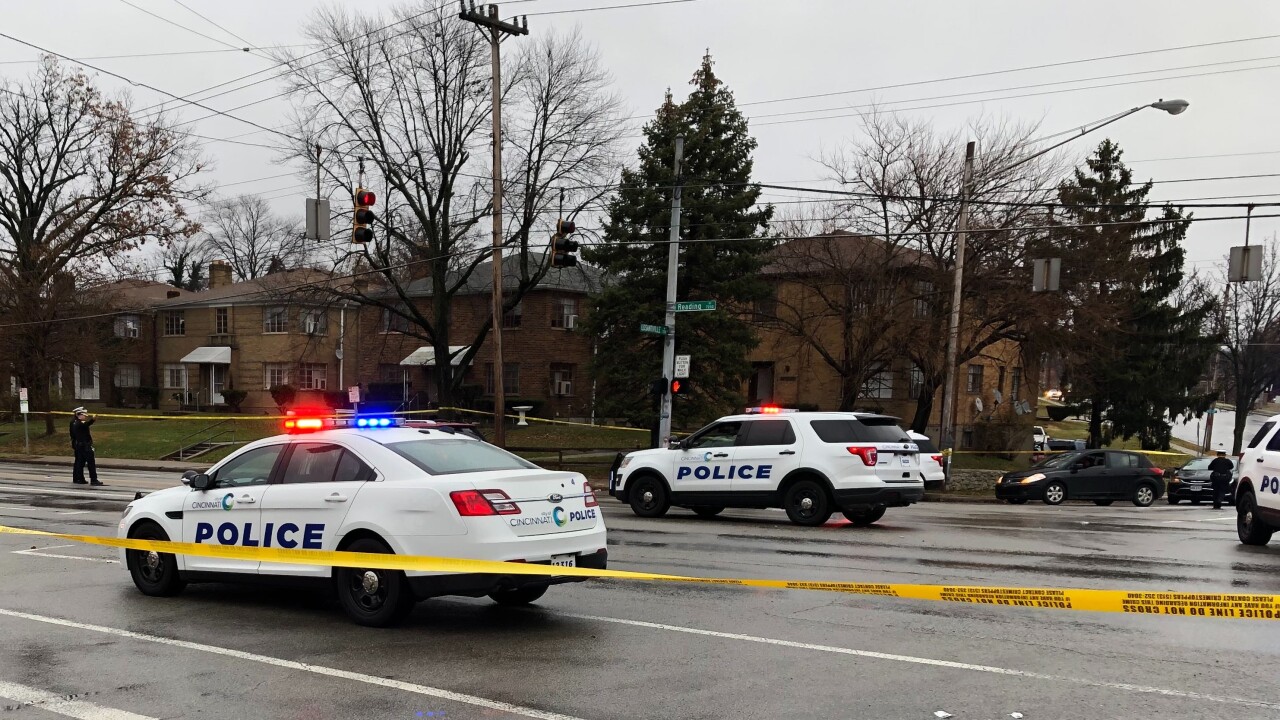 Copyright 2019 Scripps Media, Inc. All rights reserved. This material may not be published, broadcast, rewritten, or redistributed.
Ryan Heeter
The intersection of Reading Road and Losantiville Avenue is currently closed as police investigate a report of a pedestrian struck.

CINCINNATI — Cincinnati Police have identified a 60-year-old woman fatally struck by a vehicle in Roselawn as Donna Railey.

Railey was struck and killed on Reading Road in Roselawn Saturday afternoon, according to Cincinnati police.

Police and fire crews responded to the intersection of Reading Road and Losantiville Avenue at about 1 p.m. for a report of a pedestrian struck. Officers said crews worked to save the woman's life, but she died at the scene.

Police said the woman was crossing the road to get to a bus stop, and was not in a marked crosswalk when she was struck.

According to officials, neither excessive speed nor impairment were factors in the crash. The driver remained with police on scene after the crash and is not being charged with a crime.

According to police data, this makes the 5th pedestrian killed in Cincinnati this year. @WCPO