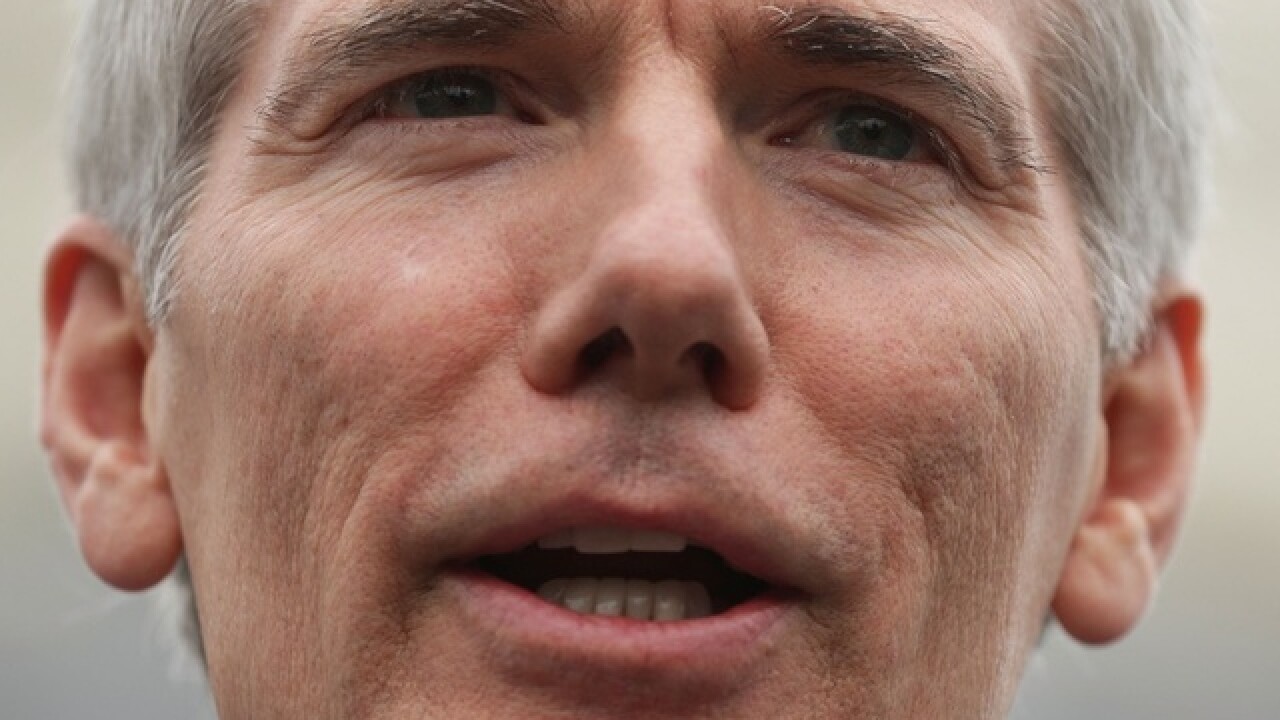 CINCINNATI -- The deadly school shooting in Florida Wednesday has opened Ohio Senator Rob Portman and other politicians who have received money from pro-gun groups up to a renewed barrage of public criticism.

Portman has tweeted his prayers to the victims of more than 10 mass shootings since he created his Twitter account in 2009. In that time, he has also benefited from over $3 million in combined campaign contributions and PAC spending by pro-gun groups, the Center for Responsive Politics reported.

In October 2017, shortly after a shooting in Las Vegas claimed 58 lives, the New York Times found only seven other current senators have received more National Rifle Association funding and advertising support over the course of their careers than Portman.

"First things first, when it comes to the (shooting in Florida), this was an unspeakable tragedy, and Senator Portman and his wife, Jane, send their prayers to the entire school community," Portman spokeswoman Emily Benavides told WCPO Thursday evening. Of his stance on gun control, she added: "Rob’s priority is doing right by the people of Ohio and that is what guides his legislative decisions in Washington."

Some of the people of Ohio made it clear online they weren't satisfied with his approach, however. Portman's latest issuance of prayers to the victims of a mass shooting got The Ratio.

Heartbreaking news out of Florida. Jane and I send our prayers to the school, the community, and the victims of this tragedy.

The Ratio is a Twitter phenomenon in which a tweet attracts more replies -- most of them hostile -- than likes or retweets, the numbers implying endorsement from other users. The ratio on Portman's latest is dire: 241 likes, 77 retweets and more than 5,000 rebukes from other members of the Twittersphere, many of them self-identifying as Ohioans.

"I hope you saw some of the soul-crushing videos and images of the things some real American children had to experience," one user responded. "Never forget that YOU had the power to prevent this."

"A good bipartisan piece of legislation would help a lot more than your prayers," another wrote.

When asked whether she or the senator believed there could be a link between gun rights advocacy and the nation's proliferation of mass shootings, Benavides repeated herself: "Rob’s priority is doing right by the people of Ohio, and that is what guides his legislative decisions in Washington."

Adam Winkler, a law professor at the University of California Los Angeles and the author of the book "Gunfight: The Battle over the Right to Bear Arms in America," told the Dayton Daily News that it would be simplistic to reduce NRA spending to the idea that money directly buys votes from politicians.

"I would assure you that all the Republican candidates who got a huge contribution from Michael Bloomberg are not going to change their positions on guns," he said. "The NRA’s power comes from the fact that they can swing voters on Election Day and politicians know that."

He credited the organization's political power to its insistence on remaining vocal, aggressively advocating for its position and courting swing voters. That ability to put people in polling booths, he said, is what makes politicians eager to keep the organization on their side.

"In a democracy, a mobilized and vocal minority can often win over a diffuse majority," he said. "And that’s how it is on gun control. A lot of people support federal gun control laws but are not single issue pro-gun control voters, whereas people are often single-issue pro-gun voters."

Nationally, however, support for more restrictive policies has steadily increased over the course of the last decade, according to research conducted by Gallup.

In 2008, 30 percent of survey respondents said they were dissatisfied with gun law and wanted greater restrictions. Forty-nine percent were satisfied and wanted no changes.

By 2018, satisfaction dropped: 39 percent of respondents didn't want a change, while 46 percent wanted stricter gun laws. This is the first year since 2001 that respondents who wanted more restrictions formed the largest group.