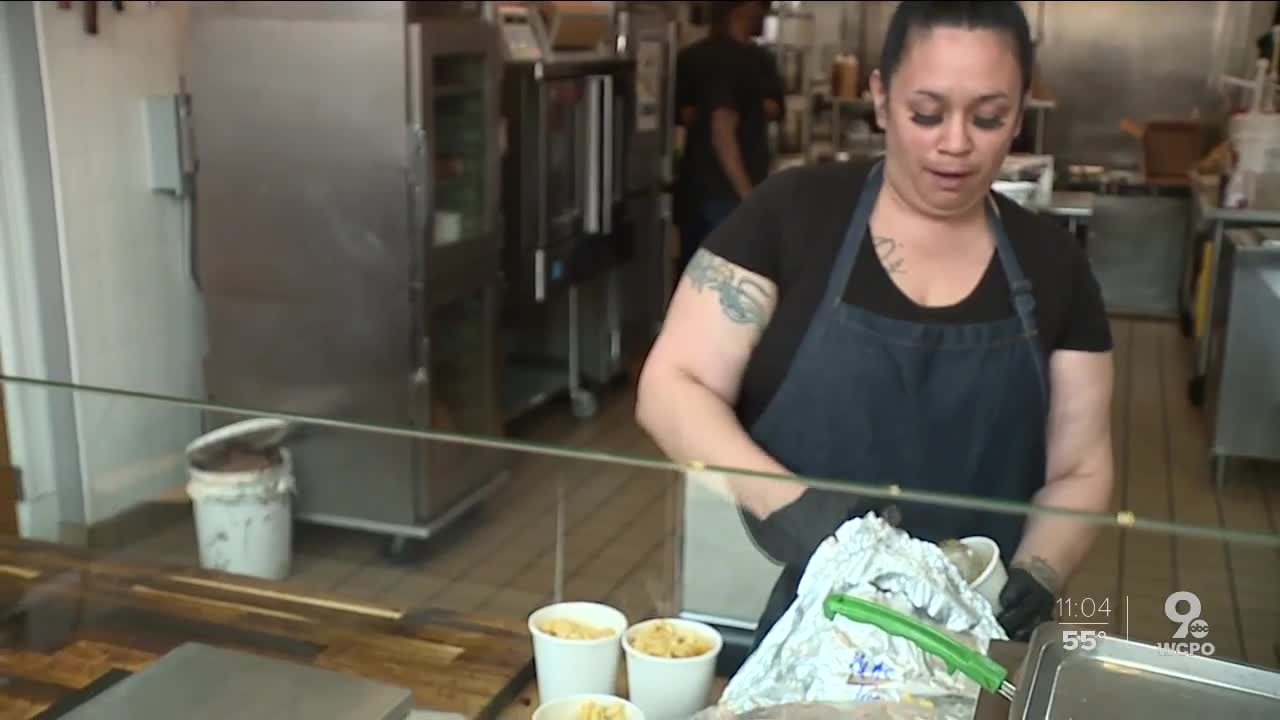 Restaurant owners like Tom Kunkemoeller got a clearer picture of when they can reopen, but between now and then — the only certain thing for owners is uncertainty.

CINCINNATI — Ohio and Kentucky announced new plans Thursday to reopen businesses including restaurants, salons, barber shops and more. But some business owners are hoping to get a little more clarity on the plans.

Restaurant owners like Tom Kunkemoeller got a clearer picture of when they can reopen, but between now and then — the only certain thing for owners is uncertainty.

"I kind of was, wow. I was thinking June 1 would be the date. If he did it earlier, it would be after Memorial Day,” said Kunkemoeller, who owns The Turf Club on Eastern Avenue and Chicken on the Run in Deer Park.

As if the shutdown wasn’t enough, Kunkemoeller also faces a potential beef shortage.

“I don’t know what I’ll have to do there. Hopefully I can get the product I need," he said.

He said the March 15 closure brought much uncertainty that forced him to “re-tool” how he did business.

“This is a very small restaurant. Kitchen isn’t very big. Didn’t do a lot of carryout,” he said.

Now, they’ve switched gears, focusing on carryout and phone orders. Soon, the neon lights of The Turf Club will flip back on for customers.

“I’m keeping my head above water, but just barely,” he said. “I’m looking forward to reopening.”

Inside, the restaurant can fit 50 diners, and Kunkemoeller hopes to get more details on exactly how he can reopen.

“Am I able to put people at the bar six feet away? Or nobody at the bar?” he asked.

Between the booths, Kunkemoeller said he would research putting plexiglass between booths in order to curb the spread of the virus that initially closed restaurants.

Outside, he plans to squeeze tables together for a makeshift patio.

“We’re different than most restaurants out there,” Cuff said of the Walnut Hills restaurant. “Over the span of COVID, our business has grown."

Cuff says he’s been getting by, one prayer at a time.

They nearly closed last year, so the restaurant began focusing on online ordering and carryout before the pandemic.

“It put us in a really good direction to be able to change directions, to ride the wave rather than get smacked by it,” he said.

Just Q’in shares a patio with The Video Archive, a nearby bar, and change is coming.

“The patio was set up for a large communal gathering. We’ll do away with that some. Make sure that we have smaller tables.”

Now, what they’re unsure of is the reception.

“It’s going to be, ‘Who’s brave enough to eat in? Who’s still carrying out? Who doesn’t care enough? Who cares way too much?’” Cuff said. “It’s a bit of a challenge, and uncertain territory”