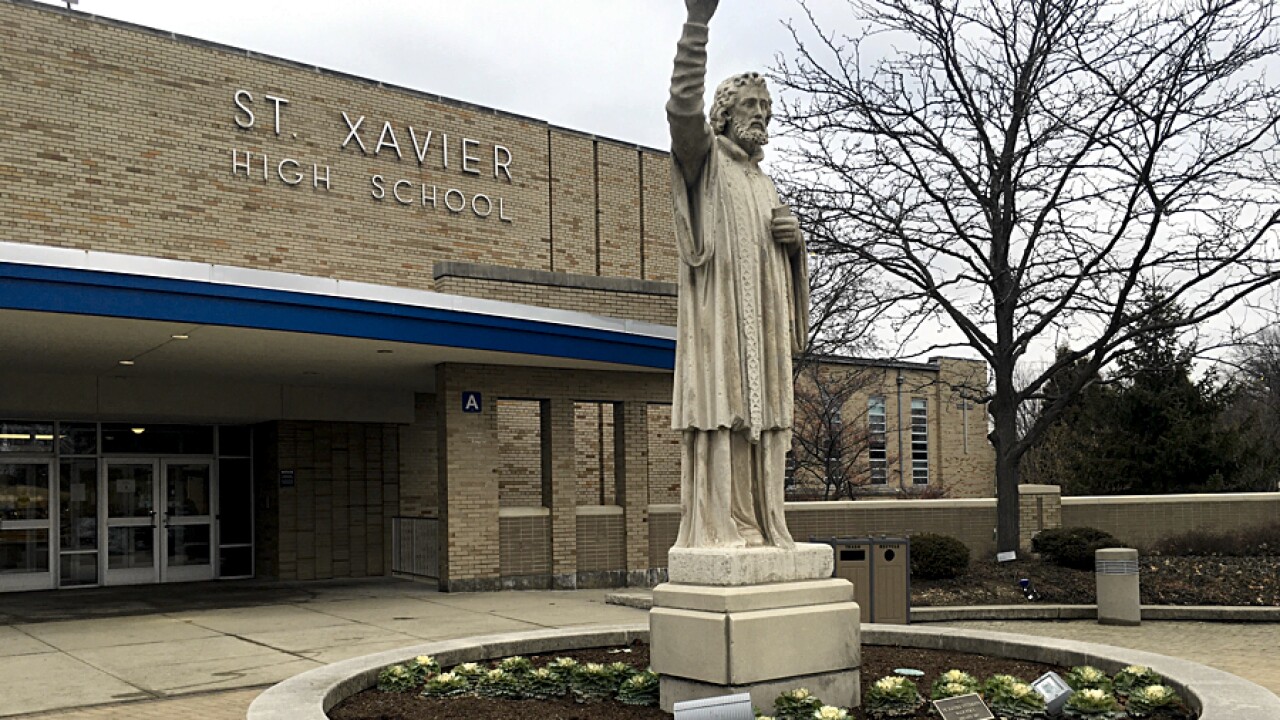 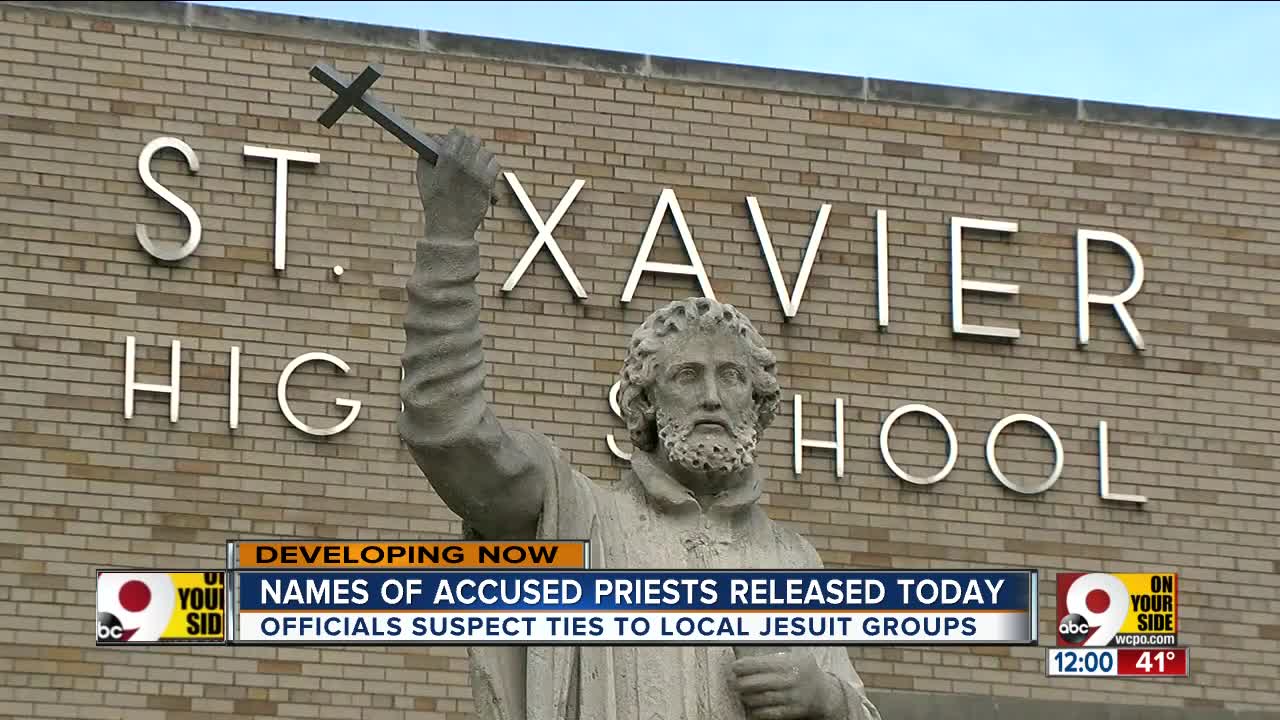 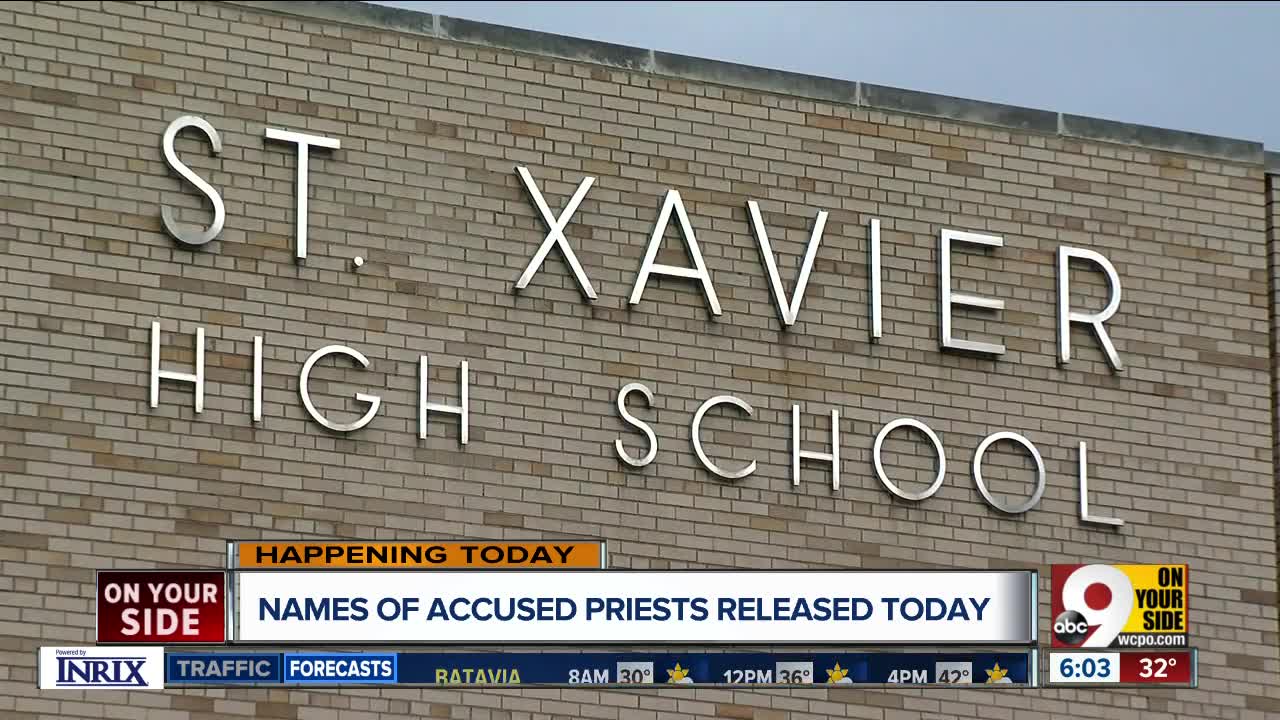 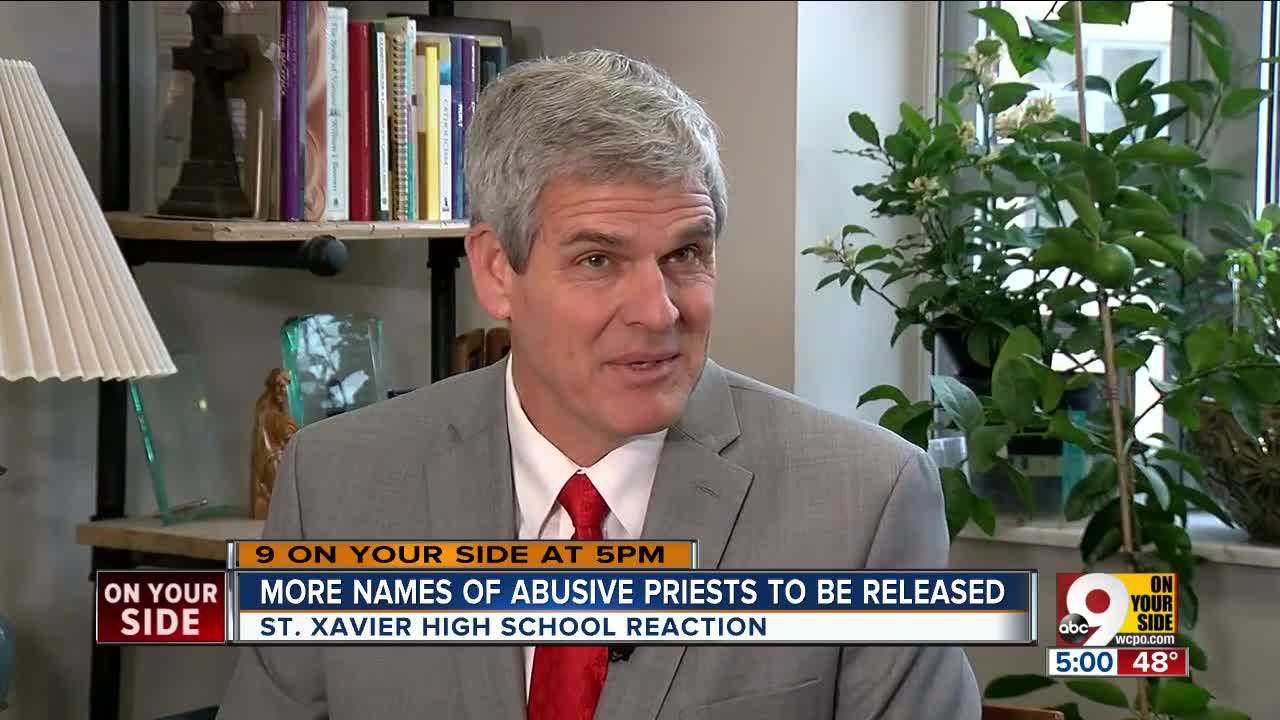 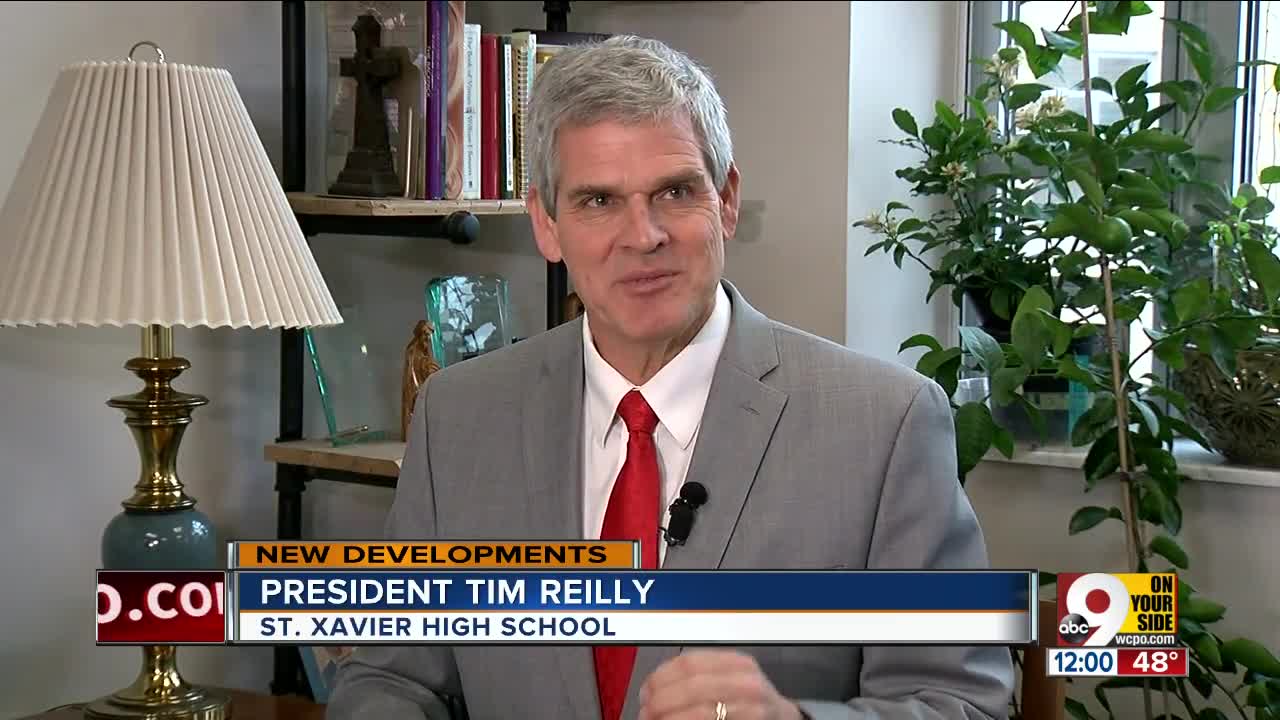 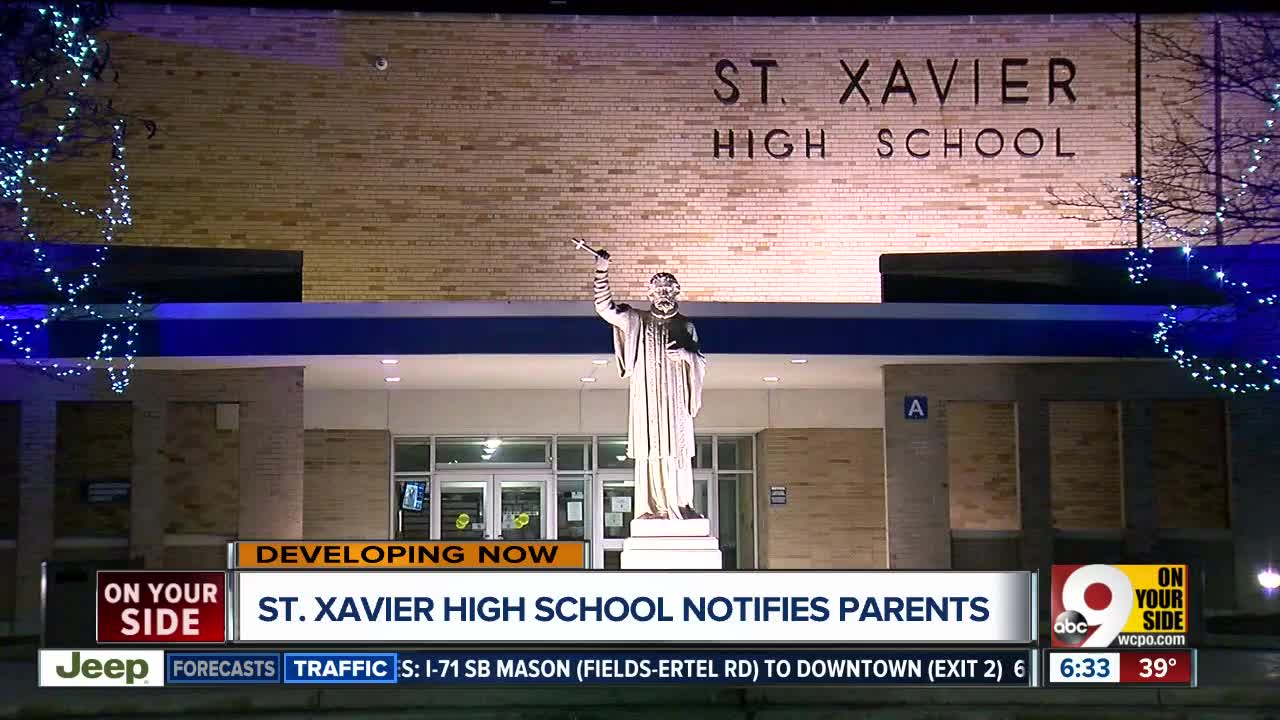 CINCINNATI -- Some school officials will soon learn if they’ve employed priests or others who have faced "established accusations" of sexually abusing children.

The Midwest Province of the Society of Jesus will release a report Monday to Jesuit institutions, including St. Xavier High School and Xavier University, naming every priest who has been accused of sexual abuse since 1955.

St. Xavier's president has promised to release the names associated with St. X when they get them.

Reilly said there is the distinct possibility that priests associated with the school will be on the list.

"I'd be surprised if there isn't considering we've been around for 183 years," he said.

“I think I’m just anxious to get to the list, as everybody else is.”

Other Jesuit organizations in the area are Bellarmine Chapel, the Jesuit Spiritual Center at Milford and St. Francis Xavier Church in downtown Cincinnati.

St. Xavier officials emailed parents, teachers and alumni on Wednesday, saying they would release the names of any priests who were assigned to the school during the time of their alleged abuse. Officials also said they’re working to identify anyone who served at St. Xavier and was accused of abuse outside of the school.

Officials said they would release the information to “make the intent to protect youth unmistakable.”

Disseminating the priests' names will provide some sense of peace to victims of abuse, Reilly said.

“If there’s somebody out there who was abused, they can say, ‘Yep, I guess they know about this guy. It’s not on my shoulders anymore,’” Reilly said. “Because I think there’s also that burden, if you were abused, ‘Was somebody else also abused, and I didn’t say anything?’ They shouldn’t feel responsible for that.”

St. X officials asked that anyone who may be a victim to contact law enforcement or Reilly at treilly@stxavier.org or Principal Terry Tyrrell at ttyrrell@stxavier.org.

WCPO reached out to the other local Jesuit institutions for comment. Xavier University has not responded yet. Bellarmine Chapel did not want to make a statement.

Sister Therese Gillman of the Jesuit Spiritual Center at Milford said this:

"The most important thing for us is protecting children and creating an environment of safe ministry. We follow the archdiocese policies of protecting our children and policy of Jesuits USA Midwest Province. We are called to pray for the victims and their healing."

Judy Jones of SNAP (Survivors Network of those Abused by Priests), sent WCPO the following statement:

"A list of ALL credibly accused priests in The Midwest Province of the Society of Jesus should have been done a long time ago. Exposing their names helps victims to know that they are not alone, plus it protects kids today. Also, there needs to be a grand jury investigation with subpoena power into all the dioceses and religious orders in every state ... like was done in Pennsylvania. This is the one true way to get the full truth of sex crimes and cover ups within these dioceses. Church officials can not be trusted to expose all the names of credibly accused priests."