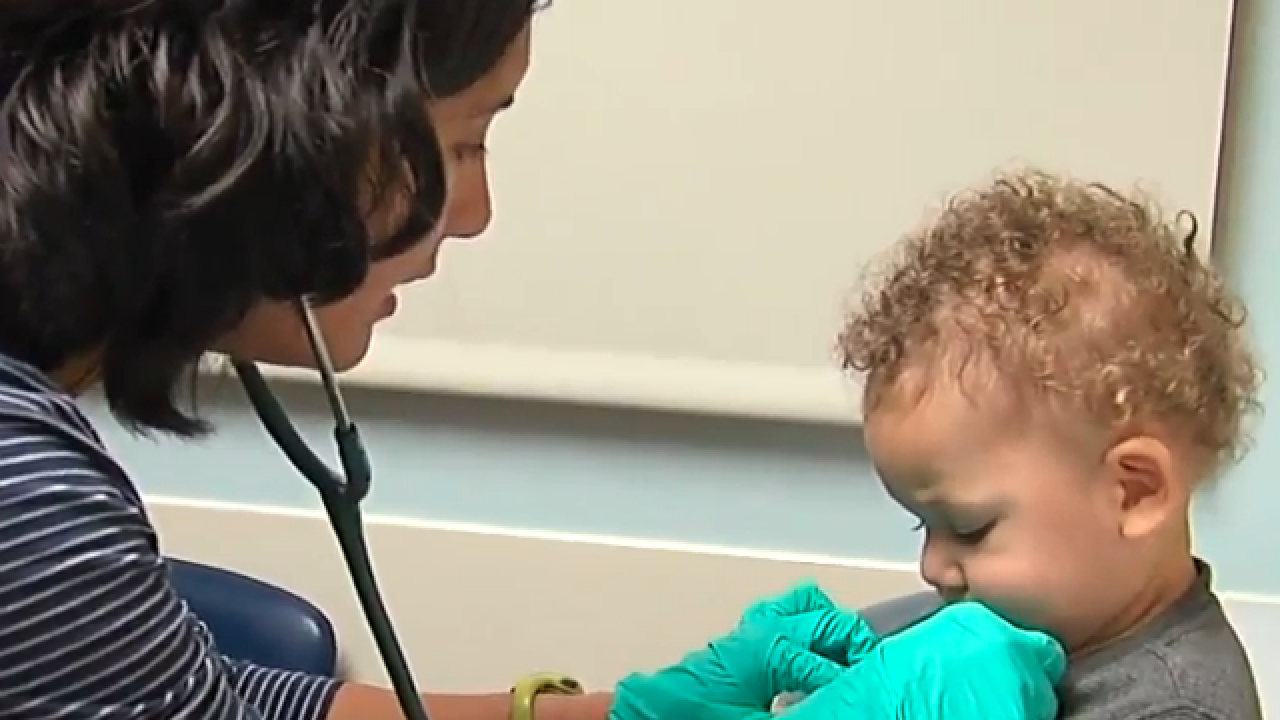 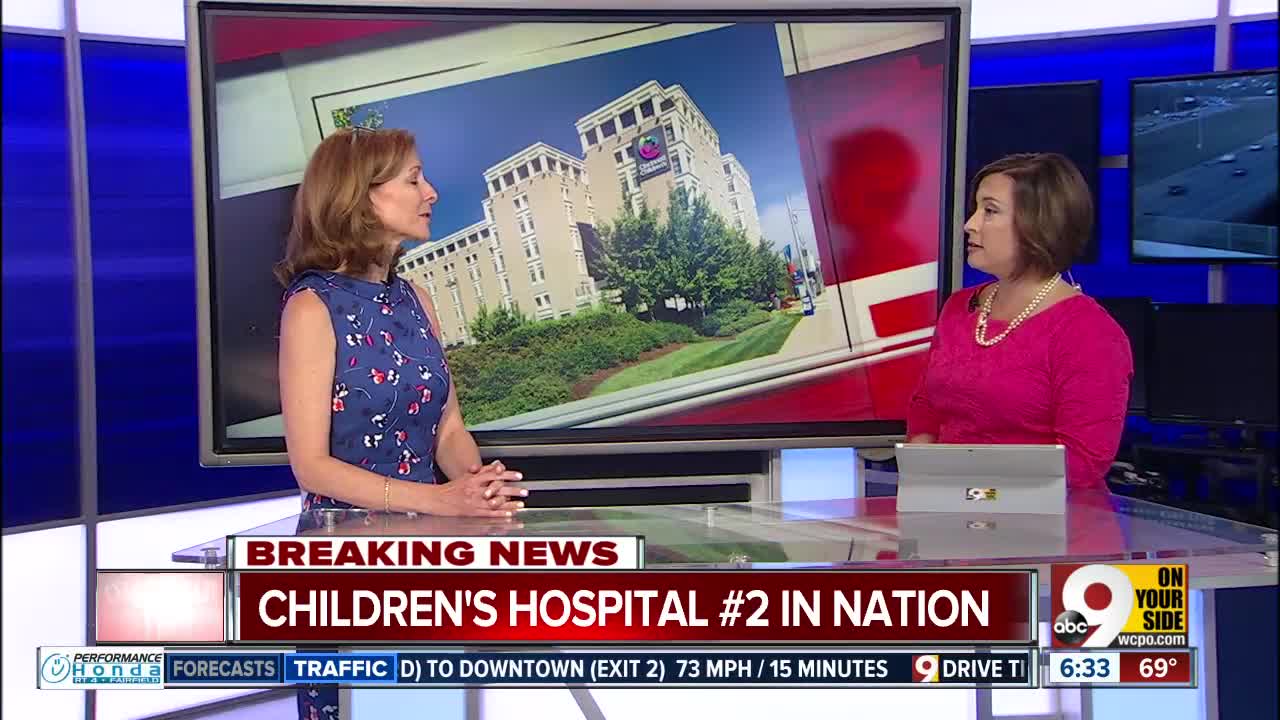 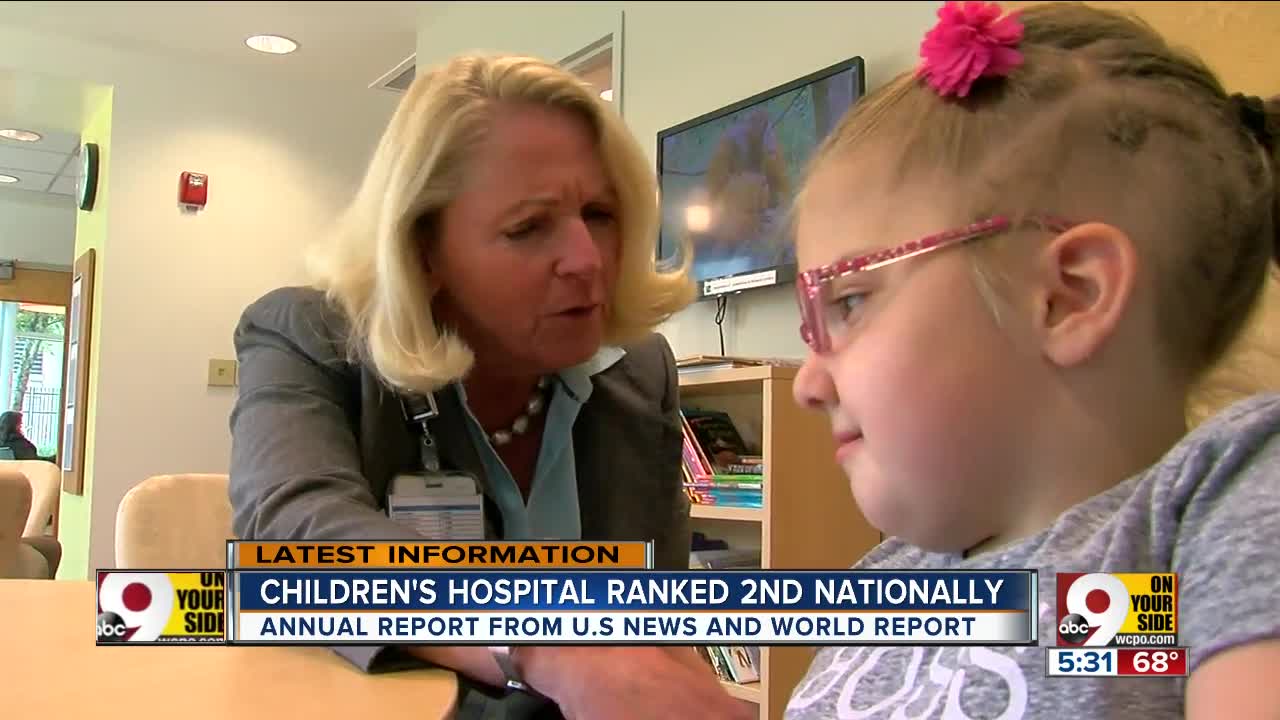 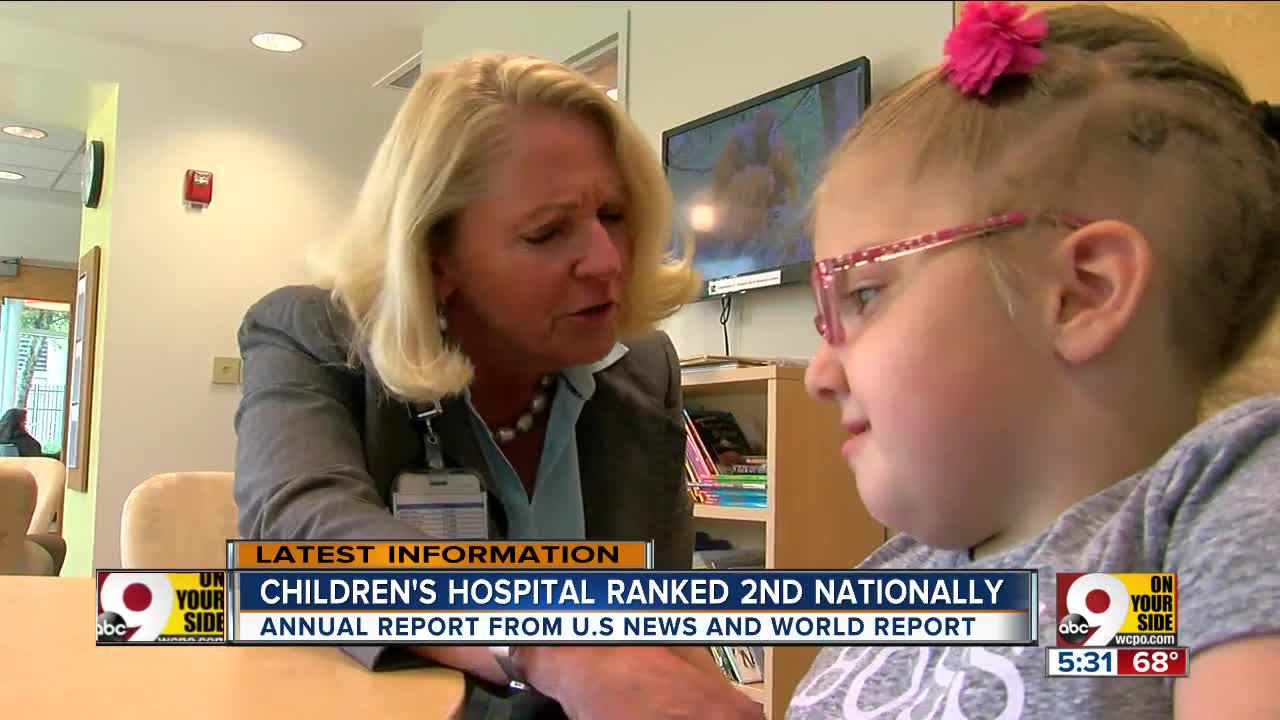 CINCINNATI -- Cincinnati Children’s Hospital Medical Center is the second-best children’s hospital in the country, according to a U.S. News and World Report analysis that surveys 189 hospitals.

This year’s ranking is historic for Children’s; the hospital had been placed at third in the nation for the past seven years.

The analysis also ranks Children’s first in the pediatric specialties of cancer and gastroenterology/GI surgery care.

Chief Operating Officer Steve Davis said in a news release the jump in rankings reflects the dedication of the hospital’s employees.

In addition to ranking No. 2 overall, Children’s was ranked among the top five pediatric hospitals in the following specialties: