Ray Tensing testifies, the defense rests and everything else you need to know from Day 7 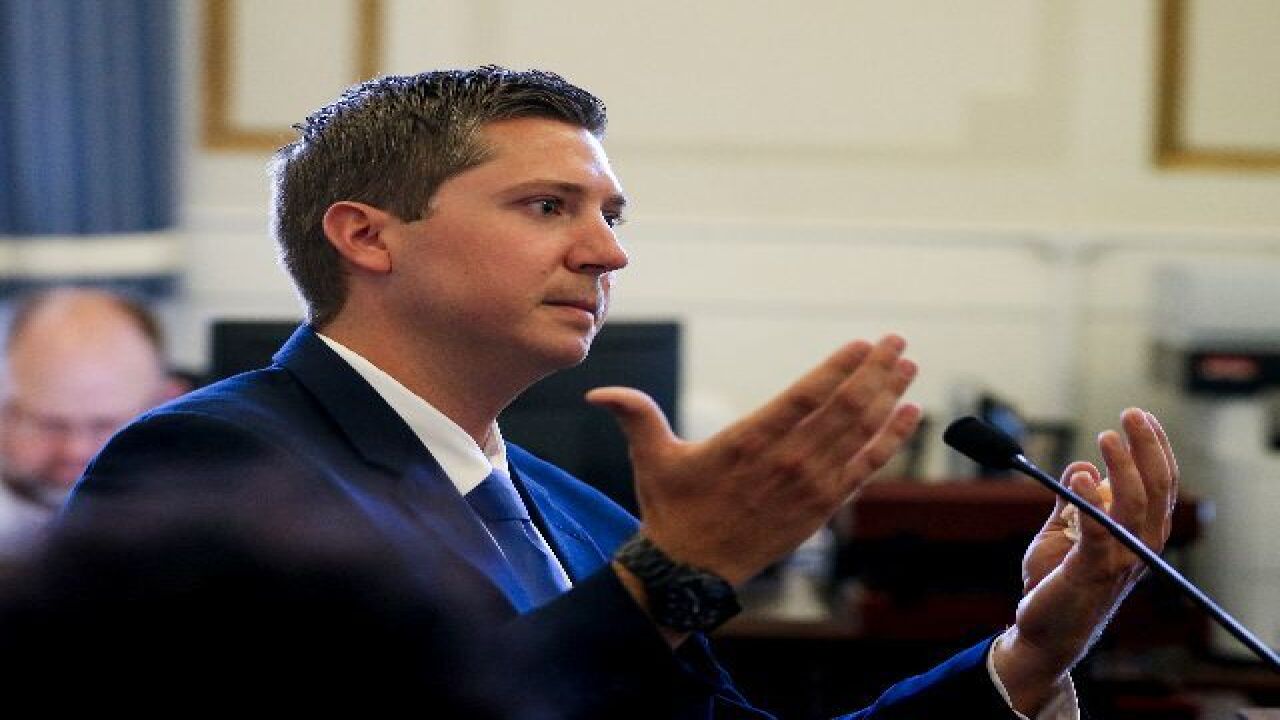 CINCINNATI — In day seven of his retrial, former University of Cincinnati police officer Ray Tensing sat at the witness stand -- took deep sighs and dabbed his eyes -- and delivered an emotional account of the day he shot and killed Sam DuBose.

Here are the key points from that testimony and testimony from the defense’s expert witness:

Like in the first trial, Stew Mathews played Tensing’s body camera footage from July 19, 2015, all prior to the fatal shooting.

The footage showed cordial interaction between Tensing, other officers and motorists. Tensing provided backup on the first video shown.

In the second video, Tensing pulled over a car with a missing front license plate. The driver had a suspended license and children who were not in car seats.

In the second stop, Tensing said arresting the driver — rather than citing him — was up to the officer’s discretion. Tensing chose to cite him.

In the third stop, Tensing pulled a driver over for a missing front license plate near Bellevue Park. The driver gave Tensing a valid license and he sent her on her way.

The buzzwords Tensing’s used through the course of both trials persisted: Tensing said he was “dragged” when DuBose “mashed the accelerator” and he shot DuBose “to stop the threat."

Tensing periodically qualified his account by saying “it was my perception.” He began referencing his perception in his interview with detectives two days after the shooting.

Tensing acknowledged his 'misperception' in one instance

Assistant Prosecutor Seth Tieger began cross-examination by asking Tensing if he could have misperceived the day he shot DuBose.

Tensing admitted he misperceived his arm being tangled in DuBose’s steering wheel.

“After studying the body camera footage, I see now that (DuBose) pinned it,” Tensing said.

Later, when Tieger asked Tensing about Grant Fredericks’ presentation of the body camera footage, Tensing said, again, that he now realizes his arm was never stuck behind the steering wheel.

When Tieger addressed other conflicts between Tensing's testimony and Fredericks' presentation, Tensing said Fredericks "wasn't there."

Dr. Karen Looman, who performed DuBose’s autopsy, said the bullet Tensing fired into DuBose indicated he was shot from above at a downward angle

Looman said the bullet entered DuBose above the left ear and exited below the right ear.

On Friday, Tensing said he was falling — or dragging — below the window of DuBose’s car, and he “shot at whatever he could reach.”

Looman said DuBose's wounds indicate that Tensing was standing above DuBose, in front of him and to his left. She said DuBose likely turned his head when Tensing fired.

Tieger grilled Tensing on why he acted contradictory to his training, but Tensing wouldn't budge.

Tensing said his training said he could reach into a car with his non-dominant gun hand. Tieger referenced testimony from Scot Haug and Scott Hughes -- Hughes taught Tensing in a traffic stop course -- that said officers should never reach into a car.

Tensing then referenced an "older curriculum" -- introduced by his defense attorney -- that said an officer shouldn't reach into a car with his or her dominant hand.

Tieger also asked Tensing why he didn't wait for backup from Officers Phil Kidd and David Lindenschmidt, who were both on the scene when the shooting took place.

Tieger cited the factors that Tensing said caused him to think he was in danger -- DuBose's slow stop, the recent shootings in the area and the "off feeling" Tensing said he had during the traffic stop.

"You never waited for backup, did you, Mr. Tensing?" Tieger asked. "Why didn't you wait for backup?"

Tensing said he didn't know the situation was dangerous until he was at DuBose's car door.

We heard about Tensing's attempt to shoot a dog

The prosecution brought up the only other time Tensing fired his gun on duty: He tried to shoot a dog while employed with the Greenhills Police Department.

Tensing mentioned the shooting in his taped interview with detectives.

Tieger asked Tensing about the details of the shooting. Tensing said the dog was 10 or 15 feet away from him, he drew his gun quickly and he shot the dog "to stop the threat."

"Is it easier to shoot and kill a human being who wasn't moving, like Sam DuBose, who was trapped in his car with his seatbelt on and you were only one or two feet away?" Tieger asked.

"Nothing about this is easy," Tensing answered.

Defense’s expert witness didn’t focus on use of force

James Scanlon, a retired 33-year police veteran, testified as an expert witness in Tensing’s first trial. Last time, he was a video analyst; this time, he was a use-of-force expert.

His testimony on Friday was a hybrid of the two.

Scanlon began by talking about his experience in the police force. He said if he was in Tensing’s situation on the evening of the shooting, he would have also felt scared.

“In this situation, many officers don’t survive,” Scanlon said. Later, he said “I don’t know anybody who wouldn’t be in fear of their life."

Scanlon then began moving through a click-by-click presentation of Tensing's body camera footage. He moved his own body based on where he thought Tensing was in each frame.

After 25 minutes, the prosecution objected to Scanlon's display.

"He wasn't there, he doesn't know what Tensing was doing," Tieger said.

The judge told Scanlon to refrain from making assumptions; she had to instruct him to do so again when he, again, began acting out what he thought was happening, based on the body camera footage.

Scanlon said he volunteered to testify on Tensing's behalf. He was not paid.

Tieger asked Scanlon if he is biased in his analysis of the footage and case.

"I'm being objective, I believe," Scanlon said. "I'm obviously being motivated by something here other than money."

"I'm sure you are," Tieger replied.

Scanlon answered some questions in Tensing's defense that contradicted Tensing and his attorney's own statements.

"Do you think Mr. Tensing pulled his weapon with the intention to shoot Mr. DuBose?" Tieger asked.

"There's no way to know that," Scanlon answered.

"Actually, yes, Mr. Tensing said he did," Tieger said, referencing Tensing's statements that he shot DuBose in the head to "stop the threat."

When Scanlon said Tensing's quick statement made to responding officers helped Tensing's credibility, Tieger asked "Isn't it possible that someone could come up with a fast lie? Especially someone who knew he would be under review?"

"I have no reason to believe that's what happened here," Scanlon said.

"But could it have happened?" Tieger asked.

Judge Leslie Ghiz said Thursday that jurors would not be sequestered over the weekend. Attorneys from both sides still need to present closing arguments, which will presumably happen Monday.

In the first trial, the jury was sequestered during deliberations as they extended through the weekend.