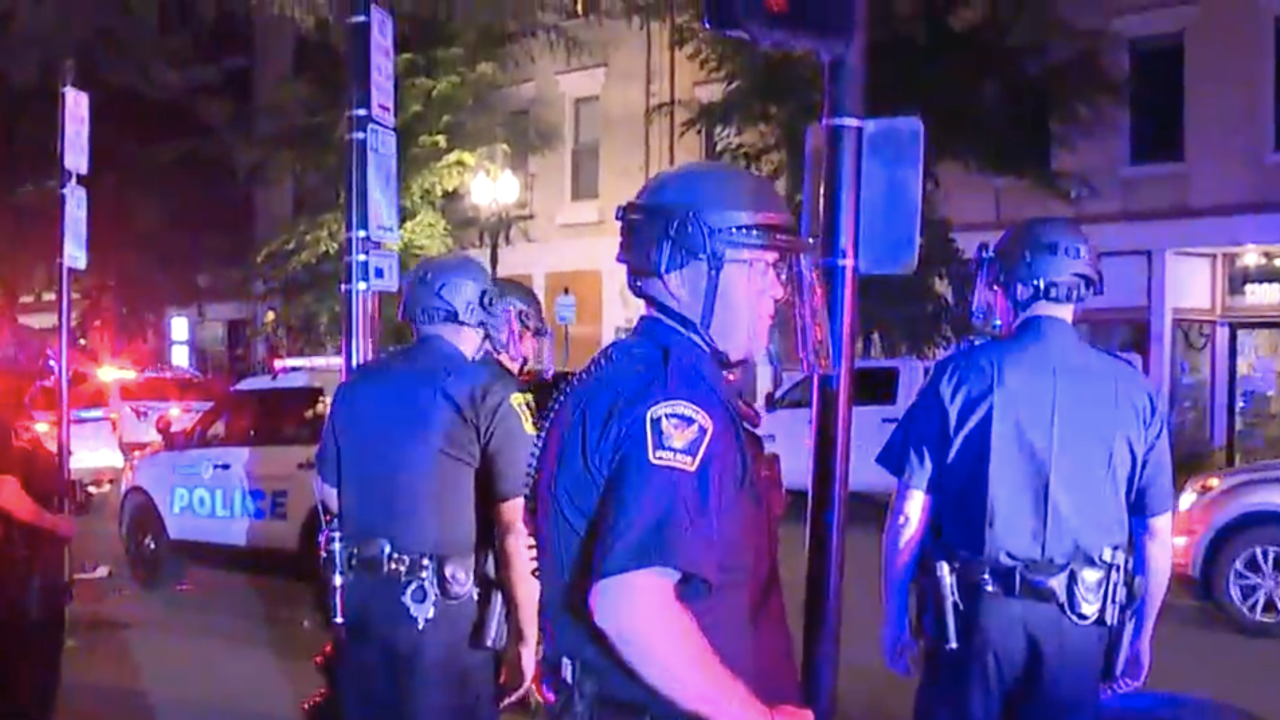 Police wait outside Cincy Shirts, one of the businesses damaged during a local protest over the death of Minneapolis man George Floyd, early in the morning on May 30, 2020. 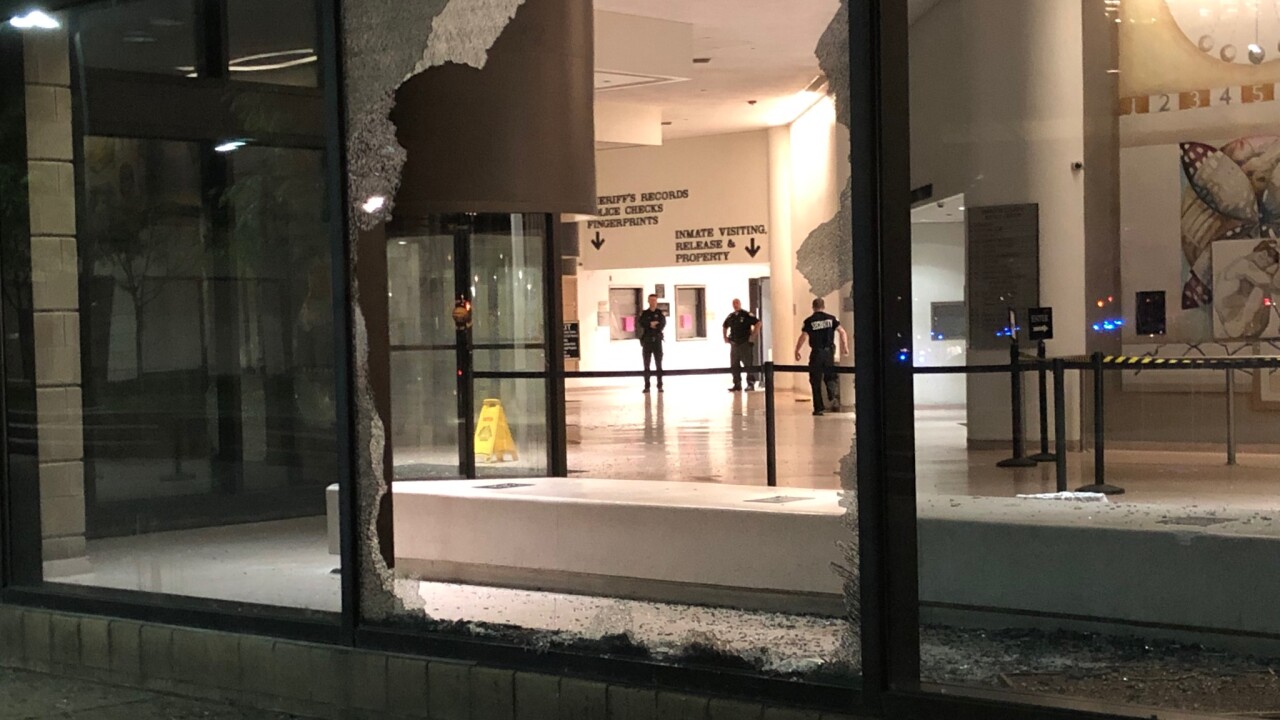 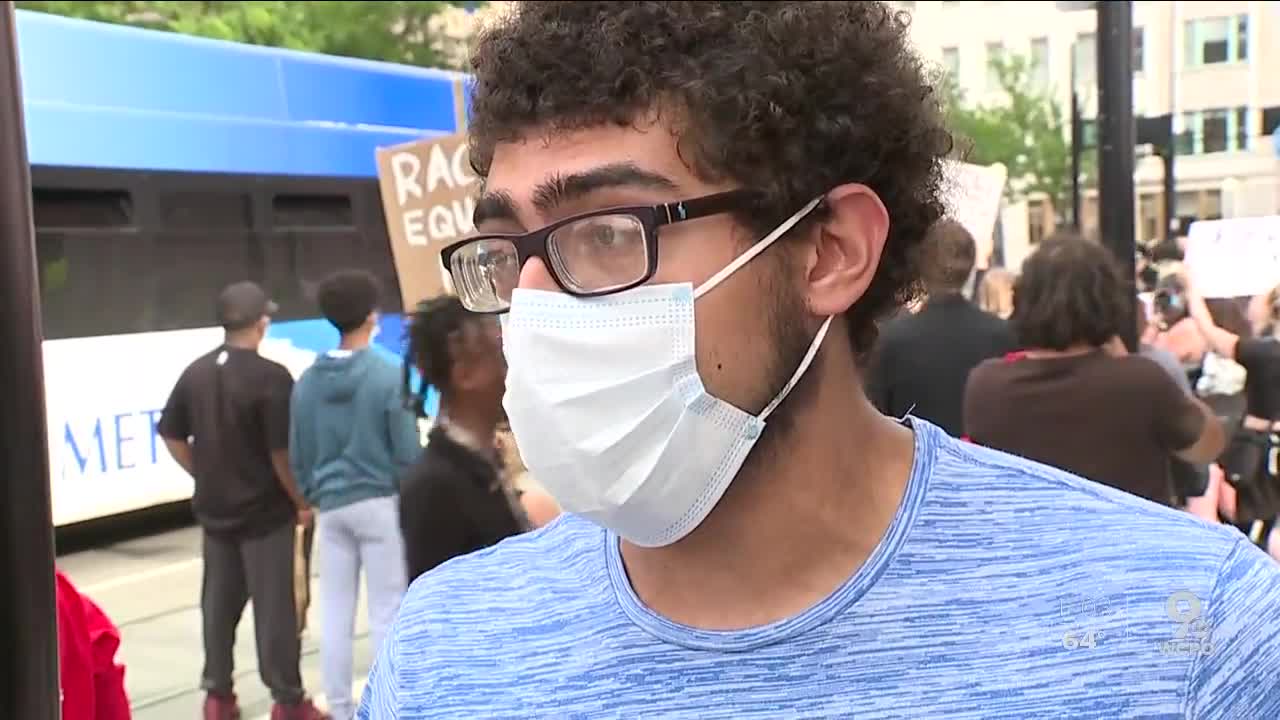 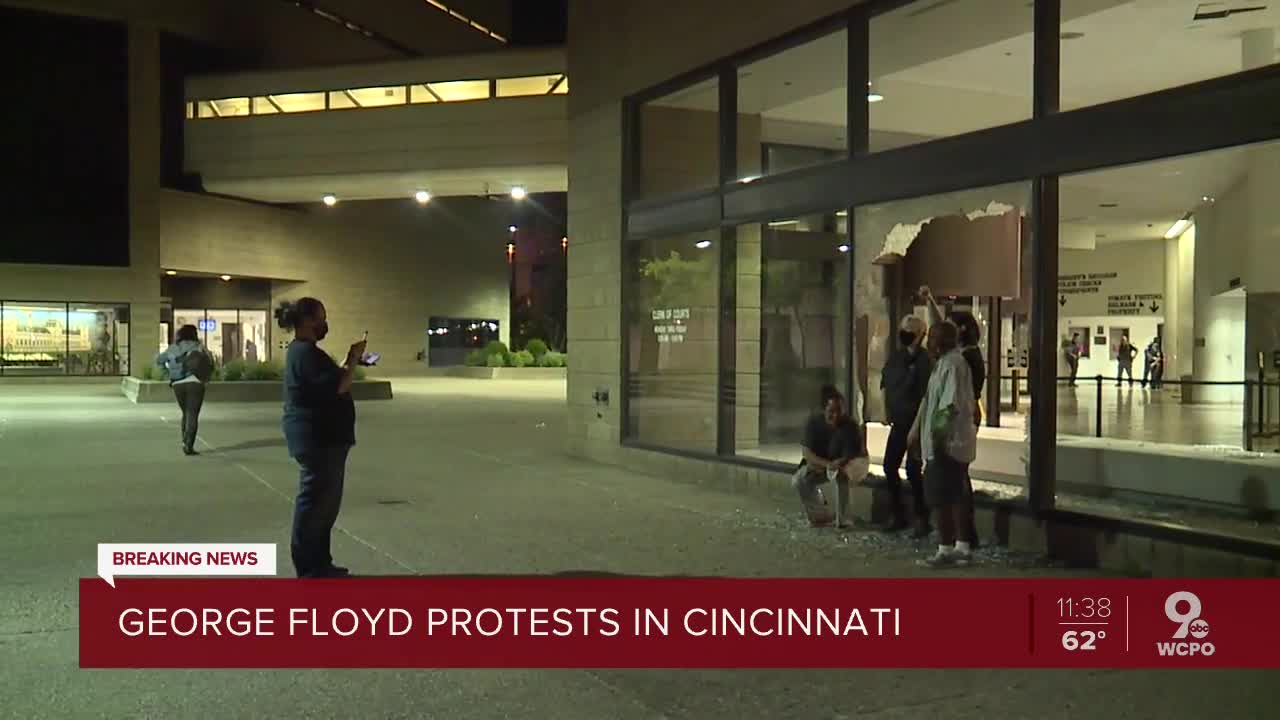 CINCINNATI — A local protest in honor of George Floyd, a Minneapolis man killed by police, dissolved Friday night from a single organized march into smaller pockets of disruption throughout downtown and Over-the-Rhine. Police who had observed the daylight portion of the march from the steps of District 1 headquarters threw flashbangs and blocked off streets with their cruisers; some protesters broke storefront windows and knocked out a single large pane of glass at the Hamilton County Justice Center.

The atmosphere had been calm for five hours as the protesters marched Friday night from the Hamilton County courthouse to Washington Park to the center of Interstate 75. Their presence shut down interstate traffic for nearly 45 minutes, but no one was harmed or arrested.

Some marchers held signs reading “ACAB” — a protest slogan that stands for “All Cops Are Bastards” — and “I can’t breathe,” one of the last things Floyd said before dying with a Minneapolis police officer’s knee on his neck. Others raised single fists against the sunset. Nearly all went masked to prevent the transmission of COVID-19 within their closely-packed group.

Although the now-fired officer who killed Floyd, Derek Chauvin, had been arrested on third-degree murder charges earlier in the evening, protesters across the country returned to the streets Friday night to call for harsher consequences. Some wanted the other three officers involved in Floyd's arrest to be prosecuted. Others wanted a more severe charge for Chauvin.

GALLERY: Protesters gather downtown, on I-75 to protest police brutality

“3rd degree is not enough,” read a sign hoisted in Washington Park.

“CPD, you’re guilty, too,” read another. In the upper right-hand corner, the bearer had written the names of Timothy Thomas and Sam DuBose.

Thomas was 19 years old in 2001, when a white Cincinnati officer shot and killed him in Over-the-Rhine. The protests that followed led to the creation of the Collaborative Agreement, a document meant to help police build positive relationships with black Cincinnatians.

Multiple signs referenced DuBose, an unarmed black man shot to death by white University of Cincinnati police officer Ray Tensing during a 2015 traffic stop. DuBose's death and the subsequent unrest — including protests, national news coverage and two mistrials that resulted in all of Tensing's charges being dismissed — occurred as the Black Lives Matter movement solidified on a national level and probed spots still sore from the memory of 2001.

“I hope these police stop killing innocent black people," said protester Trey Young on Friday. "I hope they actually start doing their job and really protect and serve, not just doing whatever the hell they want.”

“We’re not about to let our brothers and sisters die in the street, you know," said a protester named Alex. "We’re gonna bring a change — a change for the better.”

The window was broken at the Hamilton County Justice Center around 11:30 p.m. From there, the protest dispersed into smaller groups traveling down Central Parkway, Race and Vine streets. Some remained peaceful. Others didn't.

Witnesses reported looting at area businesses, including City Gear and OTR Escape, and vandalism at the Hamilton County Courthouse. The glass doors of Cincy Shirts on Main Street had been entirely shattered by 1:30 a.m. Saturday; officers stood at the corner waiting for the business owners to arrive and inspect the damage.

"Please understand we are dealing with several groups engaging in violent behavior in the downtown & OTR neighborhoods," police Lt. Steve Saunders wrote to reporters around 1:30. "Please advise your audiences that they should avoid this area as we attempt to stabilize these disturbances. If people do not have a legitimate reason to be in this area they should disperse."