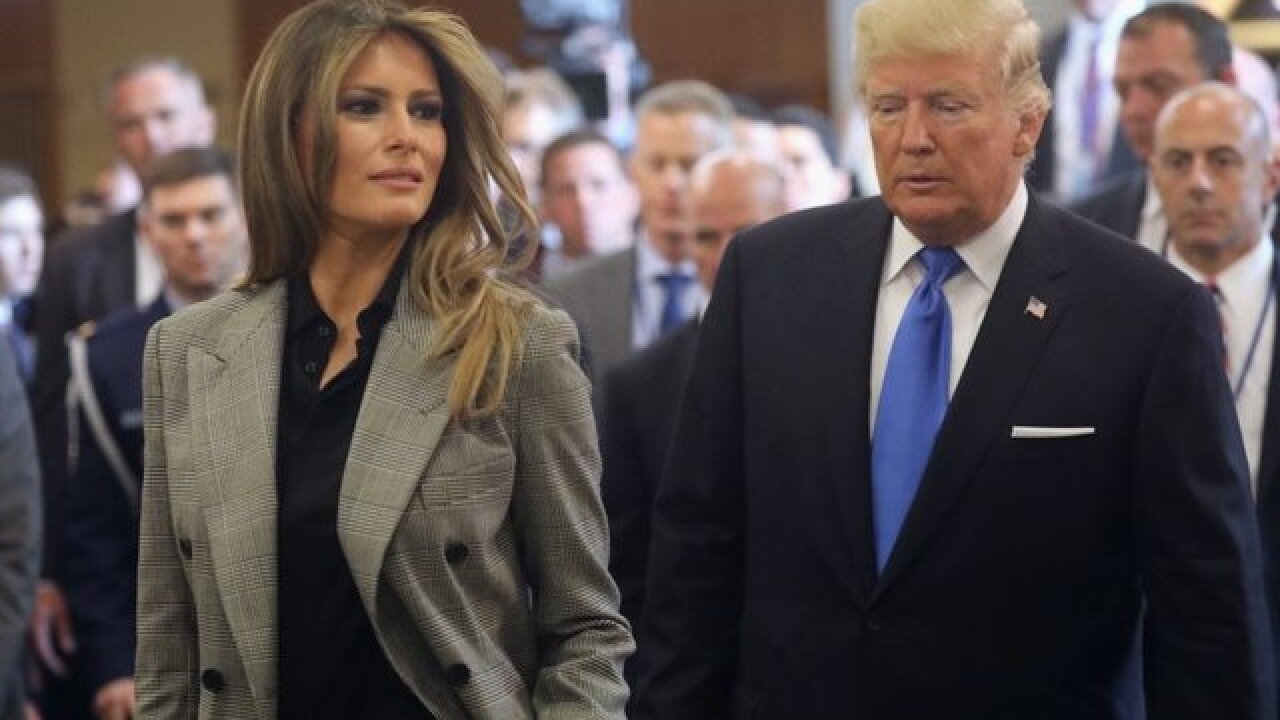 CINCINNATI -- President Donald Trump and First Lady Melania Trump will arrive in Cincinnati on Monday afternoon via Air Force One, according to two high-level sources within two public agencies working to prepare for the president's visit.

The president will then visit a Sheffer Corp. in Blue Ash, a company that makes hydraulic and custom cylinders, according to one high-level source involved with the planning. There is no word if the first lady will join him on the tour of the business.

The president will highlight the impact of the Republican tax plan he signed into law at the end of last year, the Associated Press reported.

Trump last visited Cincinnati on June 7, 2017, when he stopped by Rivertowne Marina in the East End to discuss a $1 trillion overhaul of the nation’s infrastructure.

Before that, his "Thank You" tour stop at U.S. Bank Arena gridlocked Downtown traffic and brought local freeways to a standstill during the evening rush hour on Dec. 1, 2016.