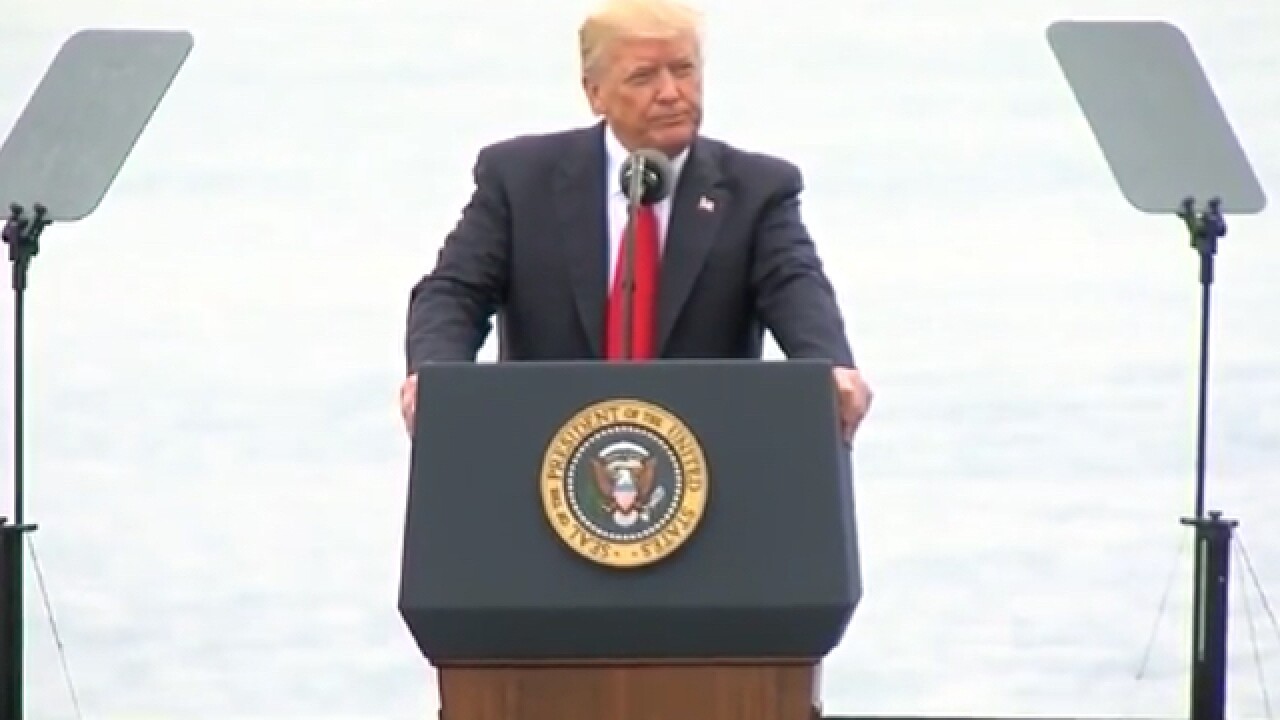 Warmbier, 22, died Monday afternoon after he was released from North Korea last week. He had been incarcerated there for more than a year after being sentenced to 15 years of hard labor.

"Melania and I offer our deepest condolences to the family of Otto Warmbier on his untimely passing," the president said. "There is nothing more tragic for a parent than to lose a child in the prime of life. Our thoughts and prayers are with Otto’s family and friends, and all who loved him.

"Otto’s fate deepens my administration’s determination to prevent such tragedies from befalling innocent people at the hands of regimes that do not respect the rule of law or basic human decency. The United States once again condemns the brutality of the North Korean regime as we mourn its latest victim."

Doctors said Warmbier was in a state of "unresponsive wakefulness" since his return to Cincinnati. North Korean officials had claimed he contracted botulism and then fell into a coma after taking a sleeping pill.

Politicians from Warmbier's home state of Ohio also offered their condolences to his family.

"Our hearts are broken for Otto’s family and everyone who knew and loved him," wrote Democratic Sen. Sherrod Brown. "Connie and I are praying for Fred and Cindy, whose grace in the face of this unthinkable grief is truly remarkable. The strength and love of their family continues to inspire us all."

"(Otto's) passing today is a loss for Ohio and for all of us," added Republican Sen. Rob Portman. "Jane and I are lifting up the Warmbier family in our prayers at this difficult time, and we are deeply saddened by the tragic loss of this remarkable young Ohioan."