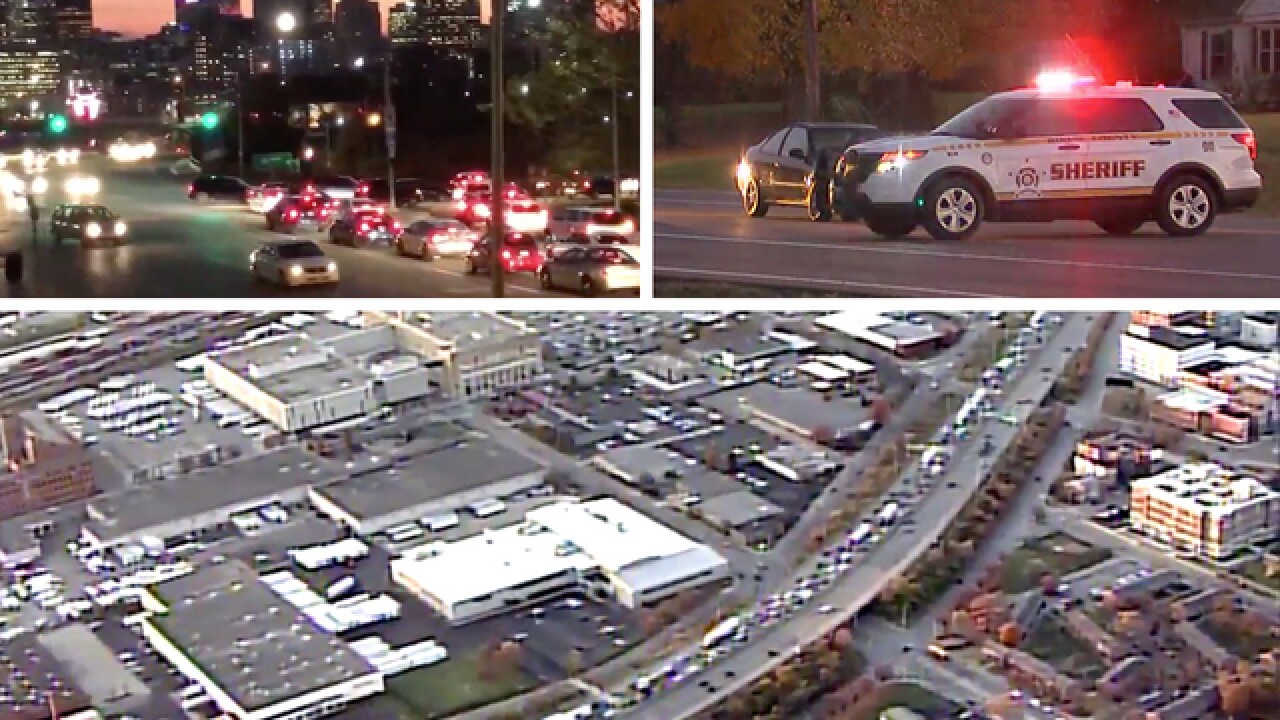 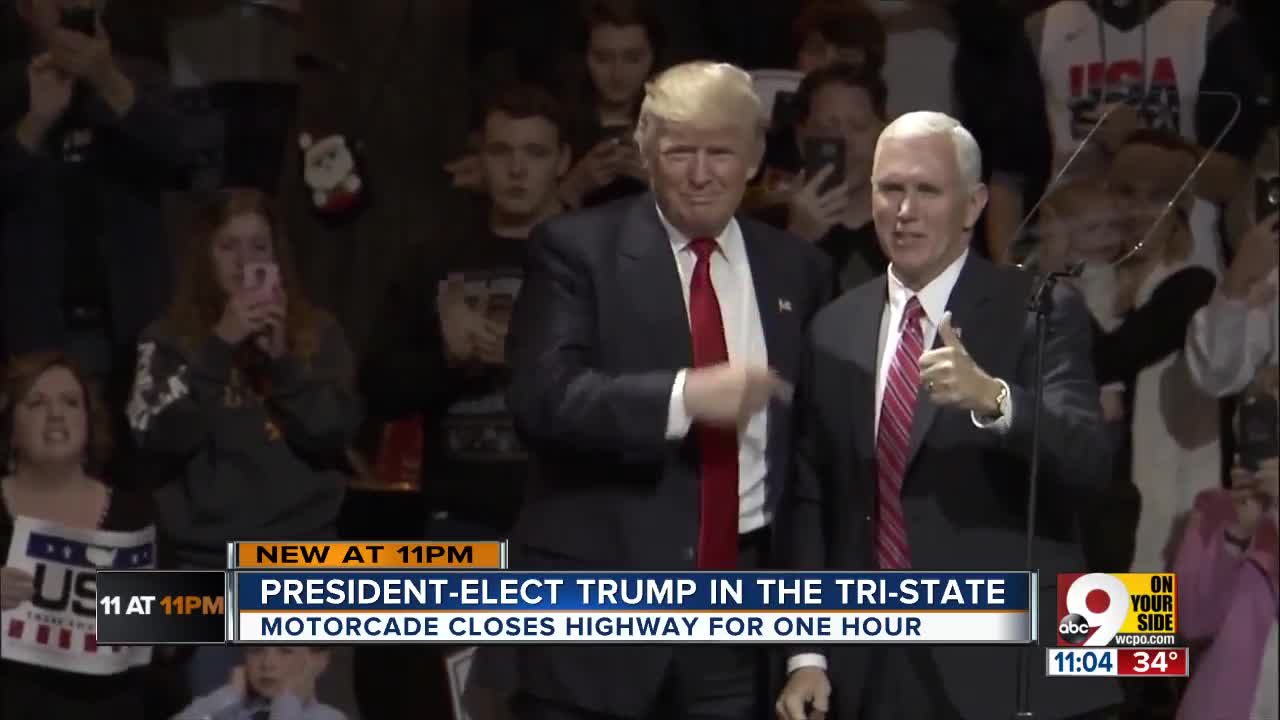 CINCINNATI -- Major highways were closed at rush hour in and around Downtown ahead of President-elect Donald Trump's visit Thursday, leaving many drivers asking: What gives?

Large sections of Interstates 71/75 were shut down to the airport for more than an hour. Backups were reported on parts of I-275 as well.

Traffic cameras were turned away from the roads along Trump's route as a security measure, and the Ohio Department of Transportation's "OHGO" website made no mention of the closures.

@WCPO my friend Renee has been stuck for 2 hours and says many have run out of gas. Wondering how many more traffic problems that will cause

Trump addressed the issue when he spoke at U.S. Bank Arena.

"I didn't know what came with this position," he said. "And I didn't know that they closed the roads around this stadium for an hour-and-a-half.

"We’ve got to work out a new deal with our Secret Service. But we love them, right?"

Traffic is a disaster! This is video from outside the @WCPO studios. #trump pic.twitter.com/o6kH42wUaJ

Responding to criticism from drivers over the lack of notice, city officials said the Secret Service doesn't allow the release of travel routes or times in advance.

"Many of us were stuck in the same traffic mess," Cincinnati Director of Communications Rocky Merz said. "This is not something we have a say in and regrettably for us, this closure of the interstate in KY at this time of day, resulted in major traffic problems getting in and out of downtown Cincinnati this evening."

Just left the stadium. Stuck in a web of closed down streets and traffic. How do I get to the 471 south?

Jill Gerwel and her daughter, Riley, were trying to get to the School for Creative and Performing arts in Cincinnati for Riley’s performance in The Nutcracker, but they never even made it across the bridge into Ohio.

Jill parked the car at Newport on the Levee, and the two ran nearly a mile and a half to get to Riley’s performance on time.

“We were running as fast as we could,” Jill Gerwel said. “I had my heels on. I took my heels off and was running barefoot.”

Trump arrived in Cincinnati 30 minutes earlier than Vice President-Elect Mike Pence. That gap between their two arrivals extended the closure, officials said, because the Secret Service didn’t reopen the highway between each arrival.

@WCPO @realDonaldTrump presidential motorcade pulling onto Mehring way via my balcony at One Lytle pic.twitter.com/X8Hwumbh8Z