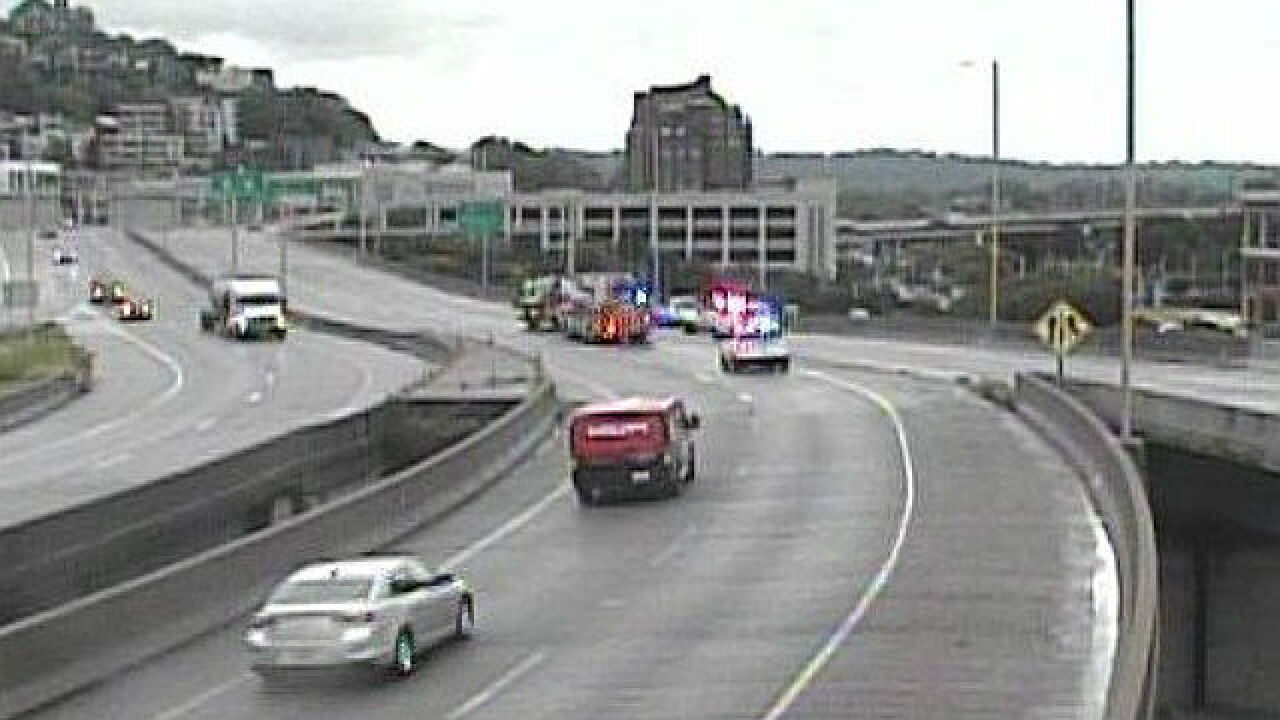 CINCINNATI – A pregnant woman was pinned between a police car and a wall and two officers were hurt when a car crashed into two police vehicles at an accident scene Thursday morning, police said.

The police vehicles were hit at 11:30 a.m. when a car eastbound on Columbia Parkway lost control at the Second Street entrance ramp, where the officers were investigating a previous accident, police said.

The pregnant woman was evaluated by Cincinnati Fire at the scene.

One officer had a shoulder injury and was transported to University of Cincinnati Medical Center. The other officer was treated at the scene.

Both police vehicles had their emergency lights on, according to police.