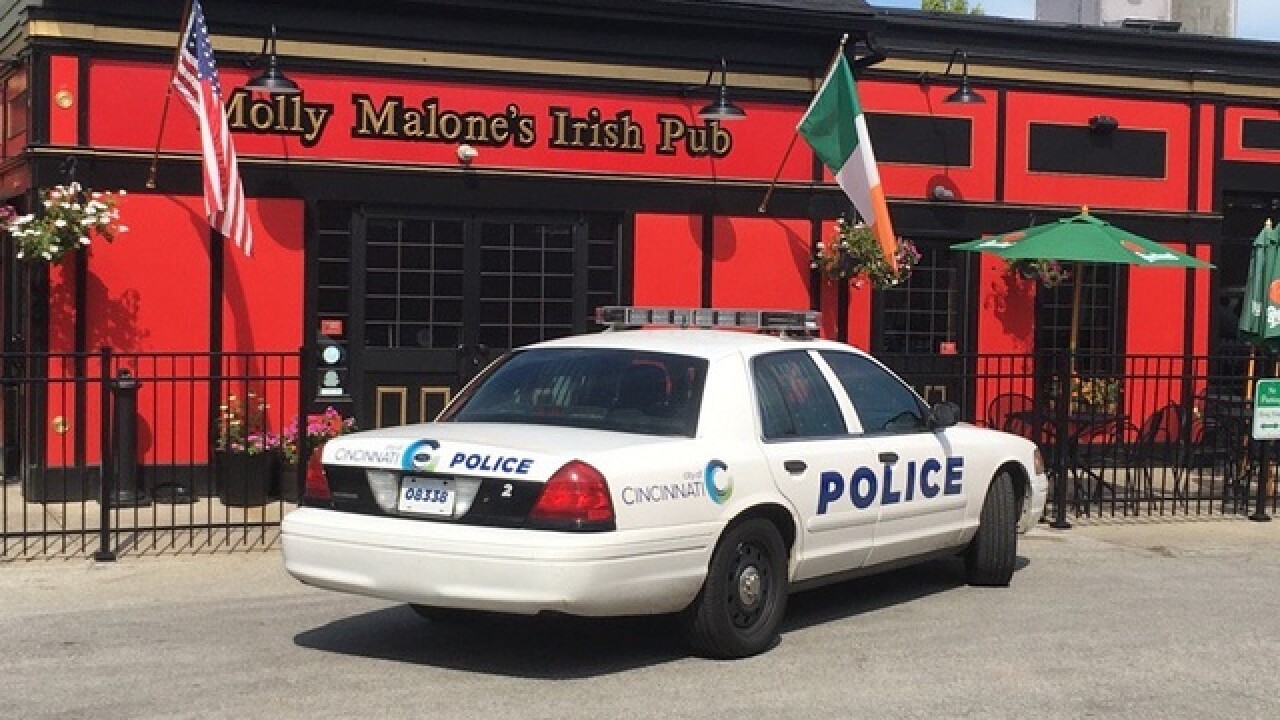 Copyright 2017 Scripps Media, Inc. All rights reserved. This material may not be published, broadcast, rewritten, or redistributed.
Tom McKee | WCPO
<p>Police investigate after a body was found in a freezer at Molly Malone's pub in Pleasant Ridge.</p>

CINCINNATI -- An employee at a Pleasant Ridge pub found a fellow employee dead in a cooler Monday morning, according to Cincinnati Police Sgt. Michael Bell.

The employee, a man in his 20s, was found at about 9:43 a.m. at Molly Malone's Irish Pub & Restaurant on Montgomery Road, police spokeswoman Tiffaney Hardy said.

The man was working last night, Bell said, and it doesn't appear he was locked or trapped inside the cooler.

"At this time we don't suspect really anything, but we can't provide any additional information until we determine the cause," Bell said.

Police not sure of cause of death of worker found dead in cooler at Molly Malone's in Pleasant Ridge. @WCPO pic.twitter.com/DsbotnbTHK

There didn't appear to be any signs of a struggle, and nothing was missing from the pub, Bell said.

"The first thing is to make sure his family is aware of what is going on, but just want to make sure that there's no foul play or anything we need to overlook," he said.

People coming to the restaurant for lunch Monday were stunned to see a solemn notice on the closed front door.

"I was surprised. I couldn't believe that someone died," Kate Klespies of Hyde Park said.

The restaurant is throwing away any food in the cooler, Cincinnati Environmental Health Director Antonio Young said. Inspectors were on-site Monday morning.