Copyright 2019 Scripps Media, Inc. All rights reserved. This material may not be published, broadcast, rewritten, or redistributed.
Adam Schrand
A duplex in Pleasant Ridge caught fire on Thursday, Aug. 8, 2018 after a cat knocked a candle off a windowsill. 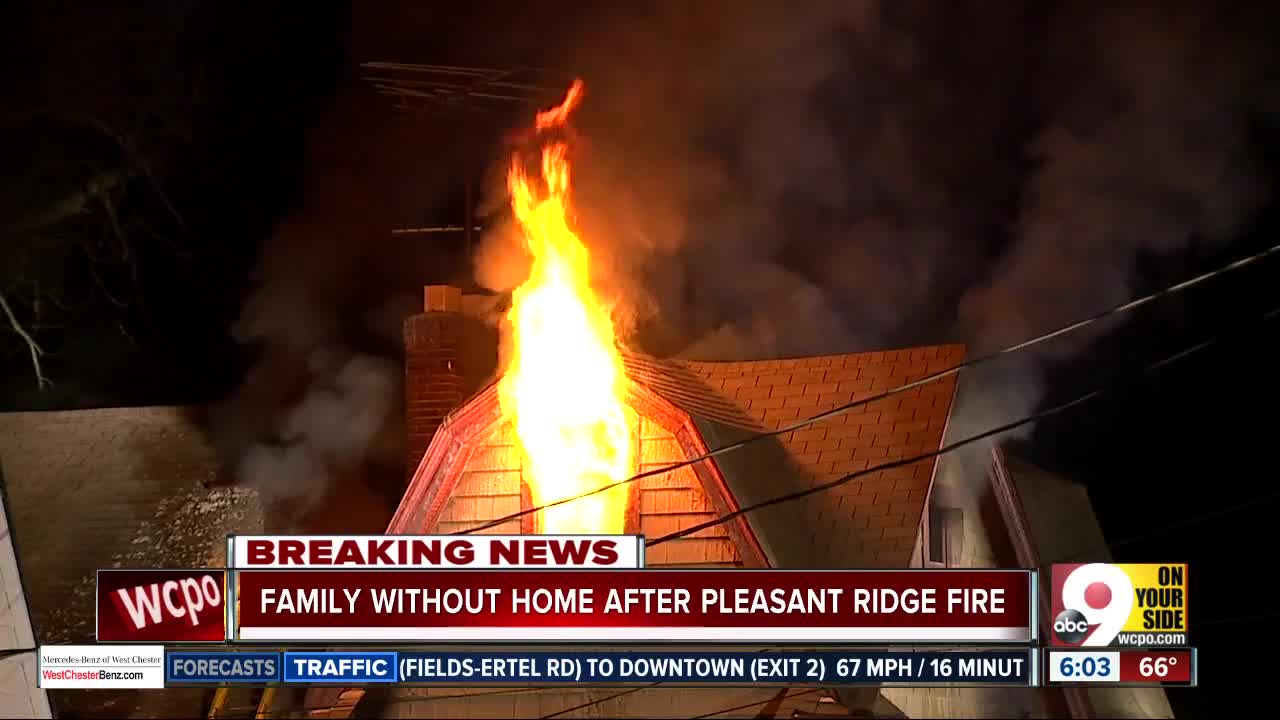 CINCINNATI -- Five people are displaced and several cats are dead after a house caught fire early Thursday morning in Pleasant Ridge, according to Chief Warren Weems.

The home, located on Lawndale Avenue, caught fire at about 12:06 a.m. after a cat knocked a candle off a windowsill and onto a bed, Weems said.

Heavy fire from the roof of a house on Lawndale Ave in Pleasant Ridge. @WCPO pic.twitter.com/gHLLXOPc76

Two families lived in the three-story duplex. The fire started in a back bedroom on the second floor and spread to the third floor. All five people and two dogs made it out OK, but Weems said multiple cats died in the fire.

“We tried to save as many cats as we could,” Weems said. “There were several cats of the 13 that did not make it.”

Officials said there were no working smoke detectors in the home. The fire caused an estimated $60,000 in damage.

The American Red Cross and the Salvation Army are assisting the families.