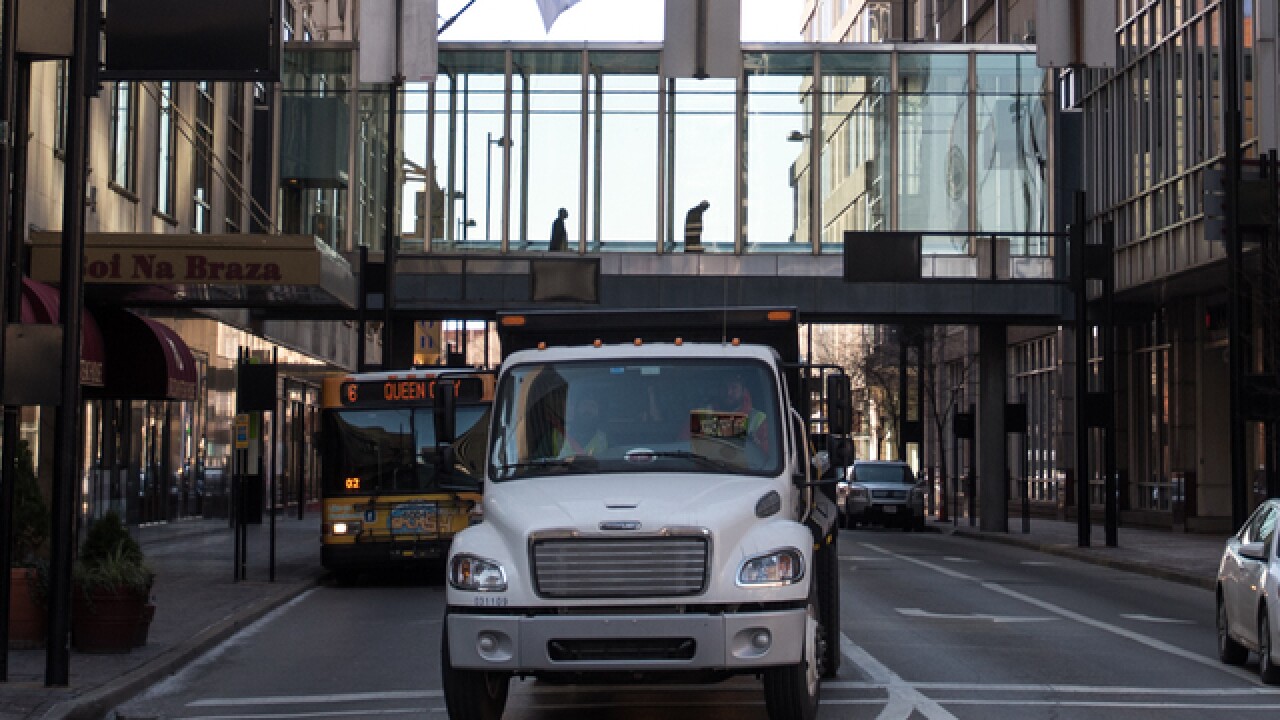 Copyright 2019 Scripps Media, Inc. All rights reserved. This material may not be published, broadcast, rewritten, or redistributed.
Phil Didion
The Cincinnati Skywalk between the Carew Tower and Fountain Place over Fifth Street. Phil Didion | WCPO Contributor.

CINCINNATI — The city is moving ahead with preparations to demolish the skywalk across Fifth Street, but people who like to watch the Opening Day Parade there may not have to worry about finding a new vantage point just yet.

Joe Rudemiller of the Cincinnati Center City Development Corporation (3CDC) told WCPO that it hasn’t made a decision to tear down the skywalk between Carew Tower and Fountain Place and doesn’t plan to demolish it at this point.

A city spokesperson told WCPO that a proposal for the City Planning Commission to consider Friday would only lay the groundwork for demolition if and when 3CDC decides to do it.

The topic is on the agenda along with the sale of the city-owned Fountain Place building and garage at Vine and West Fifth streets to 3CDC as part of a major redevelopment across from Fountain Square.

The city is proposing to sell the property – vacated by Macy’s, Tiffany & Co. and Palomino’s – for $1, and 3CDC plans to invest $59 million to convert it to office and retail space, according to the Department of City Planning. The county auditor valued the 1.98 acres at $19 million, according to the agenda.

The Department of City Planning is recommending that the Planning Commission approve the sale and the release of easements in the skywalk. The latter would clear the way for 3CDC to demolish the skywalk when and if it wants.

Although the agenda item says “the city also plans to demolish the skywalk that connects Fountain Place to Carew Tower,” the statements from 3CDC and the city Thursday indicate that may be premature.

“The sale of property will allow for the redevelopment of a key site in the Central Business District … which will help to catalyze additional investment and activity in that area,” according to the agenda.