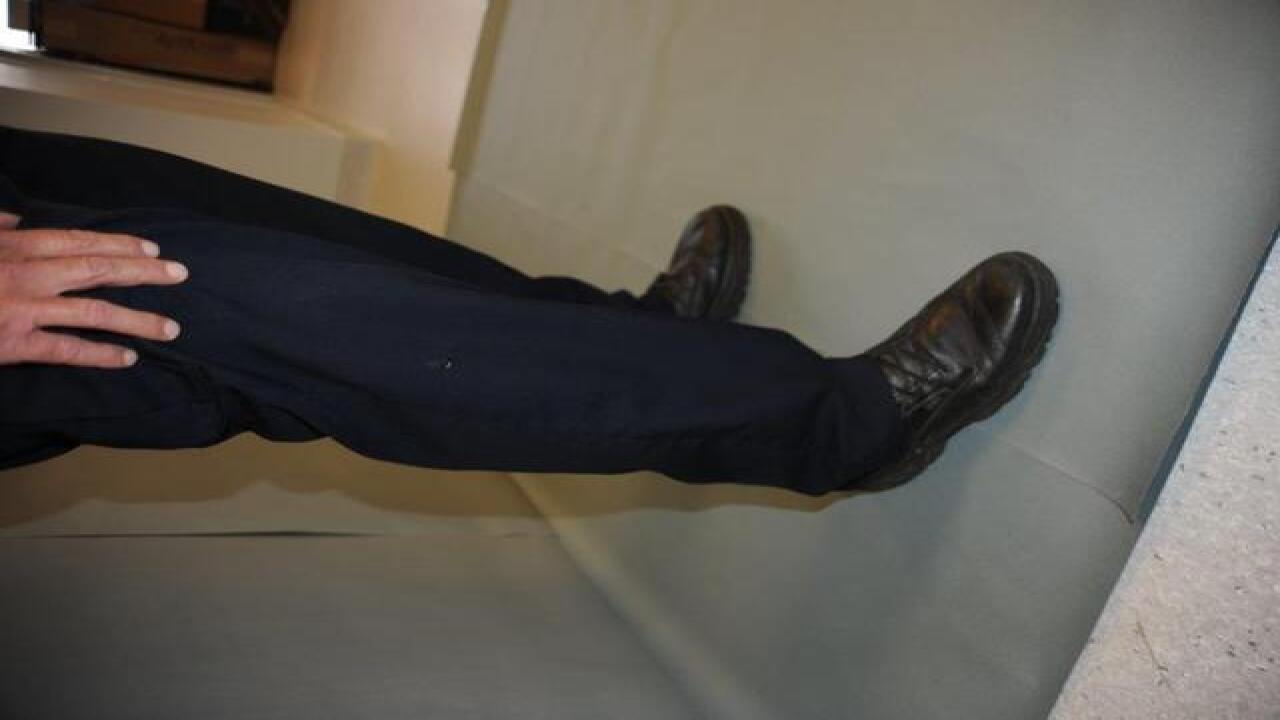 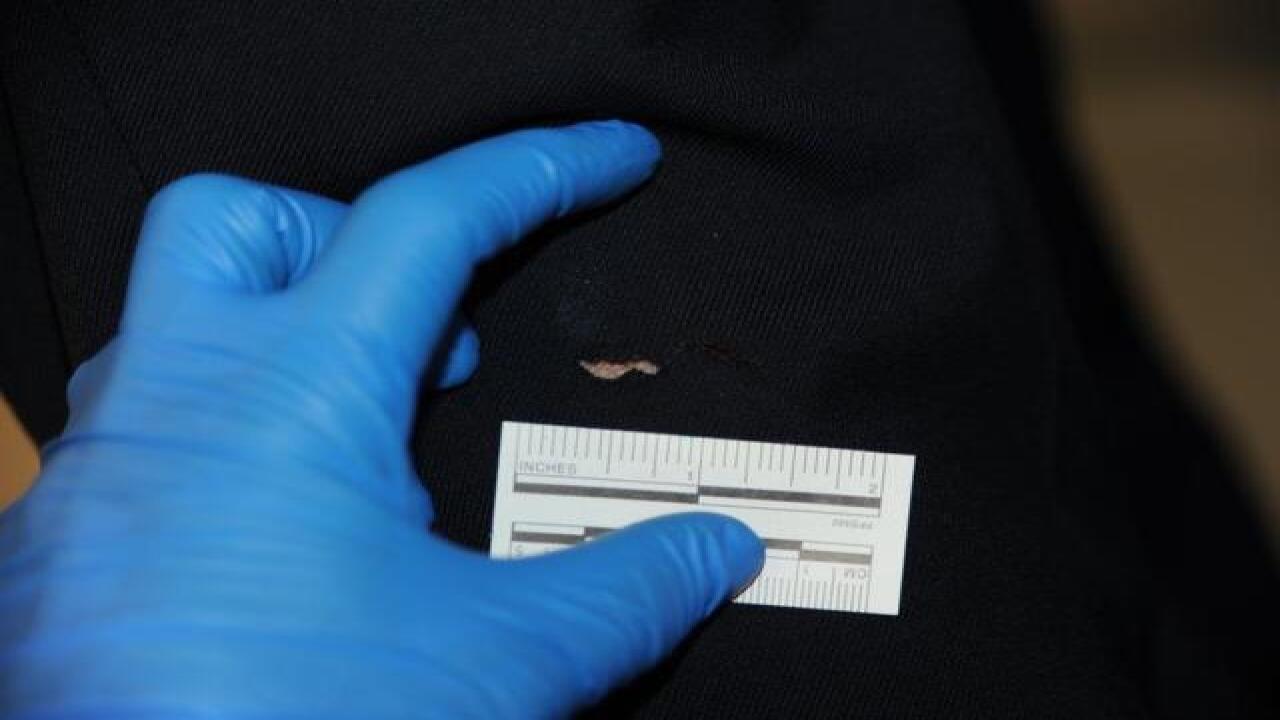 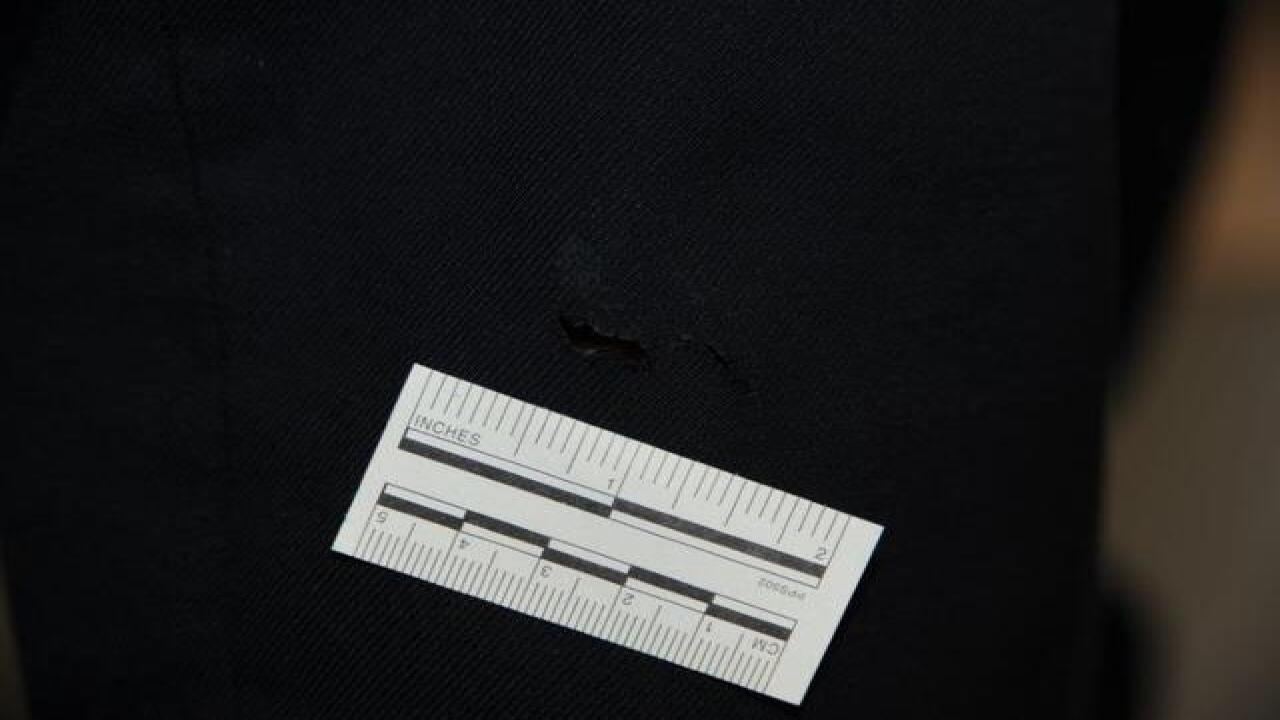 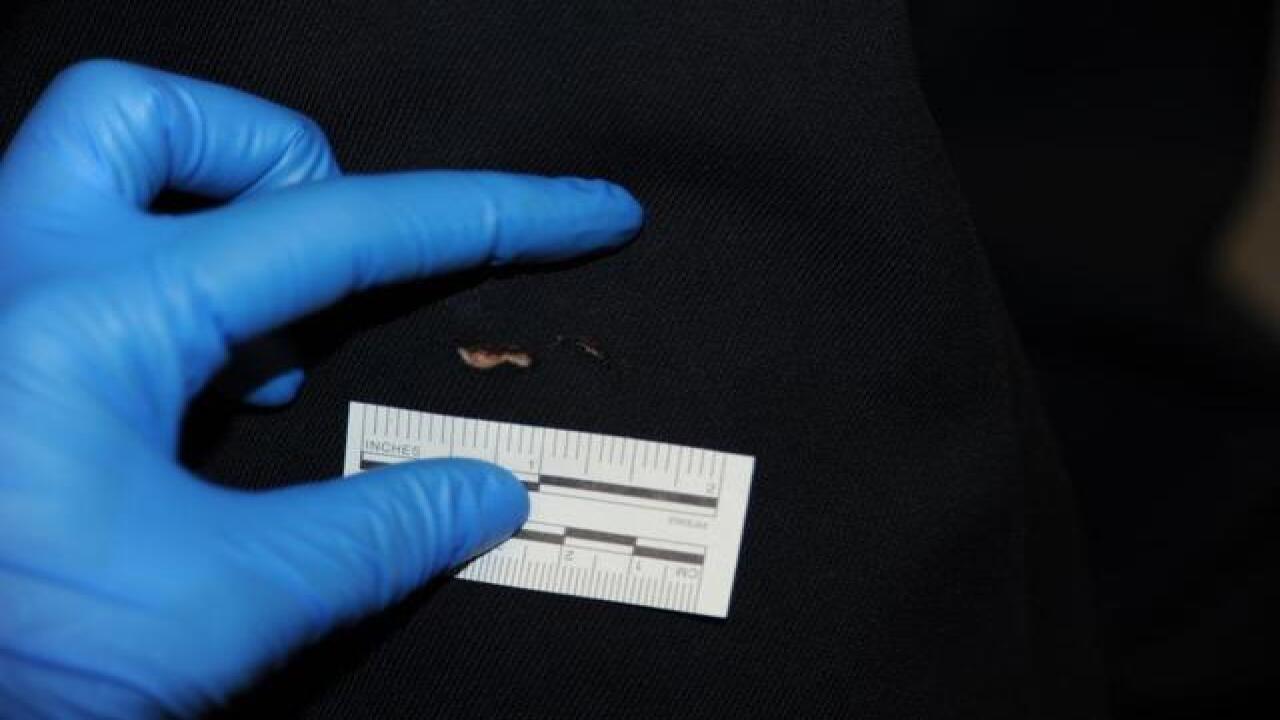 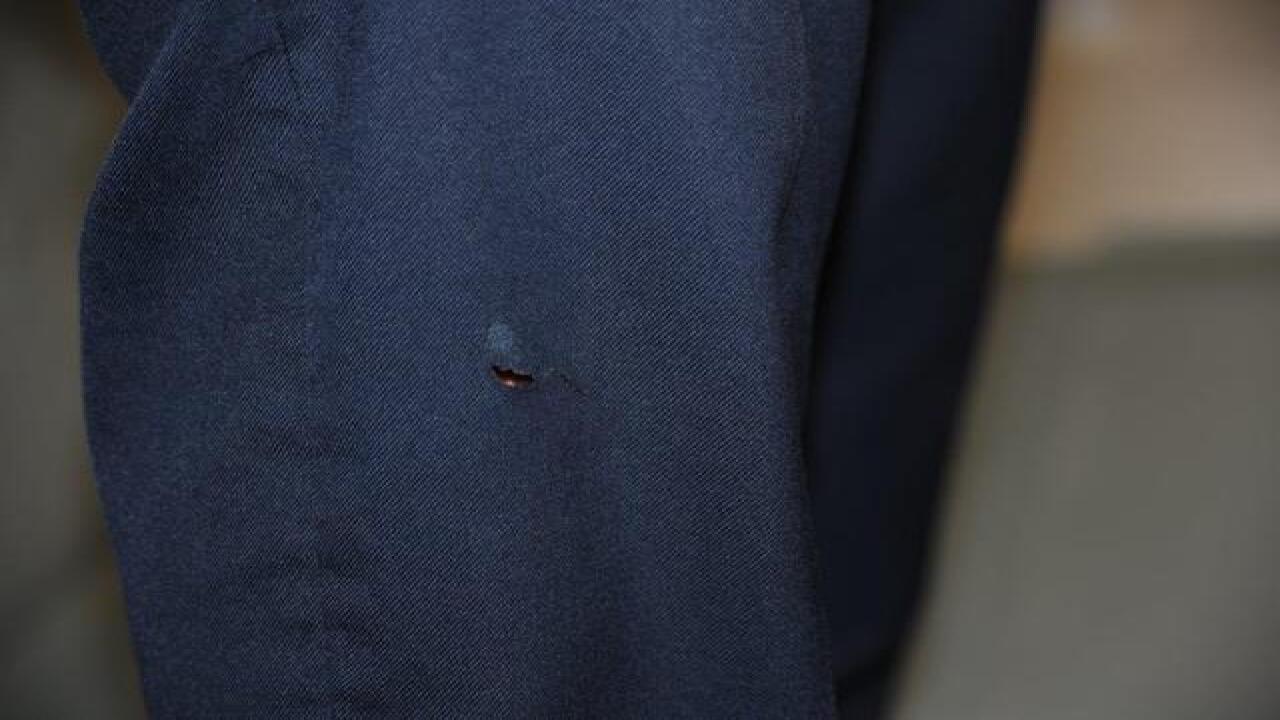 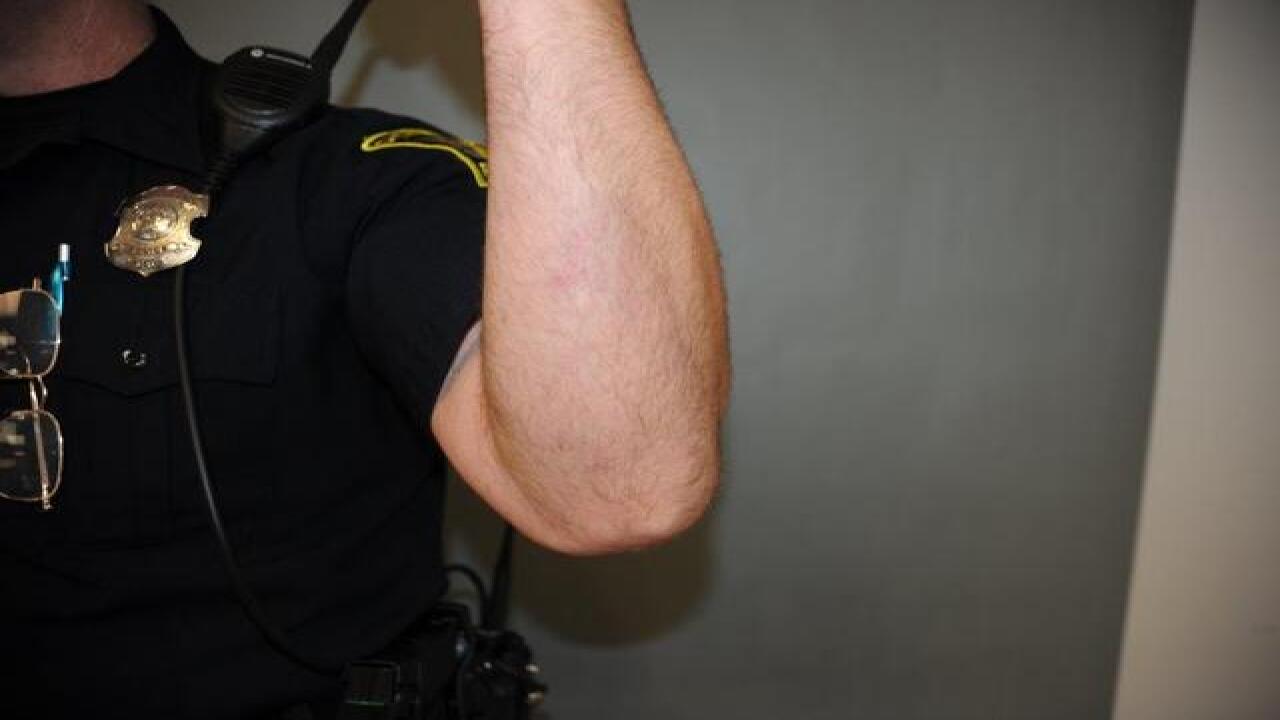 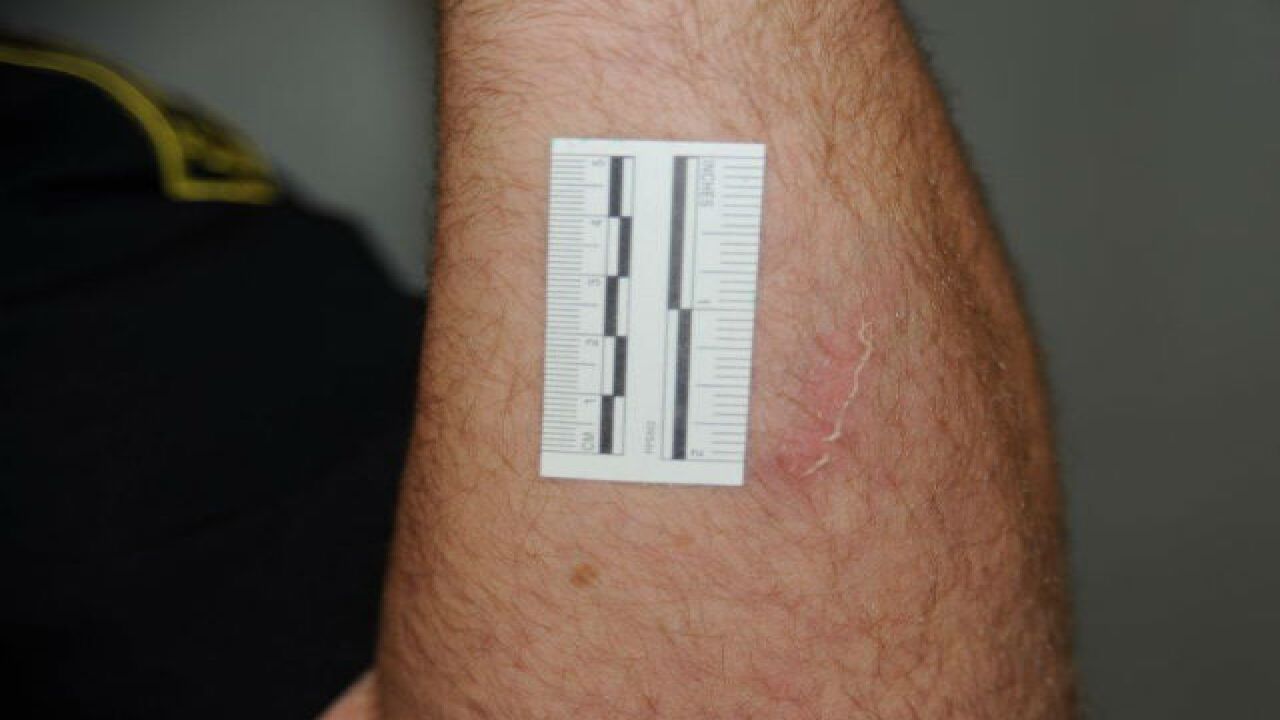 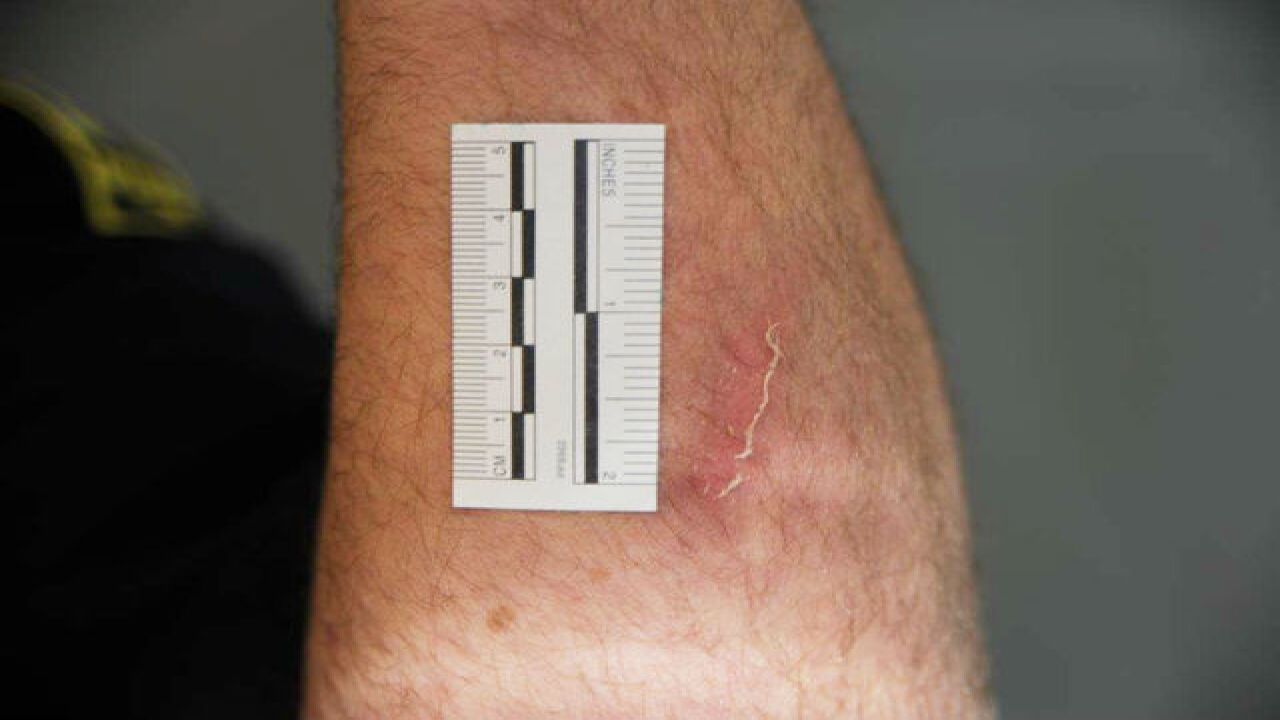 CINCINNATI -- Photos show that a Cincinnati police officer suffered minor injuries when he was attacked by a knife-wielding robbery suspect Downtown on Aug. 7.

The photos above show that Officer Andrew Brucato, who shot and killed his attacker, had a minor wound on his forearm and a cut through his pants leg. WCPO obtained the photos from the prosecutor's office Tuesday.

Jawari Porter, 25, rushed Brucato with a knife and lunged at him through the driver's-side door, Cincinnati Police Chief Eliot Isaac said. Brucato, still in the driver's seat, then shot Porter. The attack was captured on surveillance video.

SEE video of the attack below:

Porter was pronounced dead at the scene on Fifth Street near Government Square.

Brucato and his partner, Officer Patrick Galligan, pulled up to stop Porter after Porter robbed a Kroger store in Over-the-Rhine that Sunday morning, Isaac said.

"This was a vicious, violent attack on the officer," Isaac said.

SEE our full report on the incident.