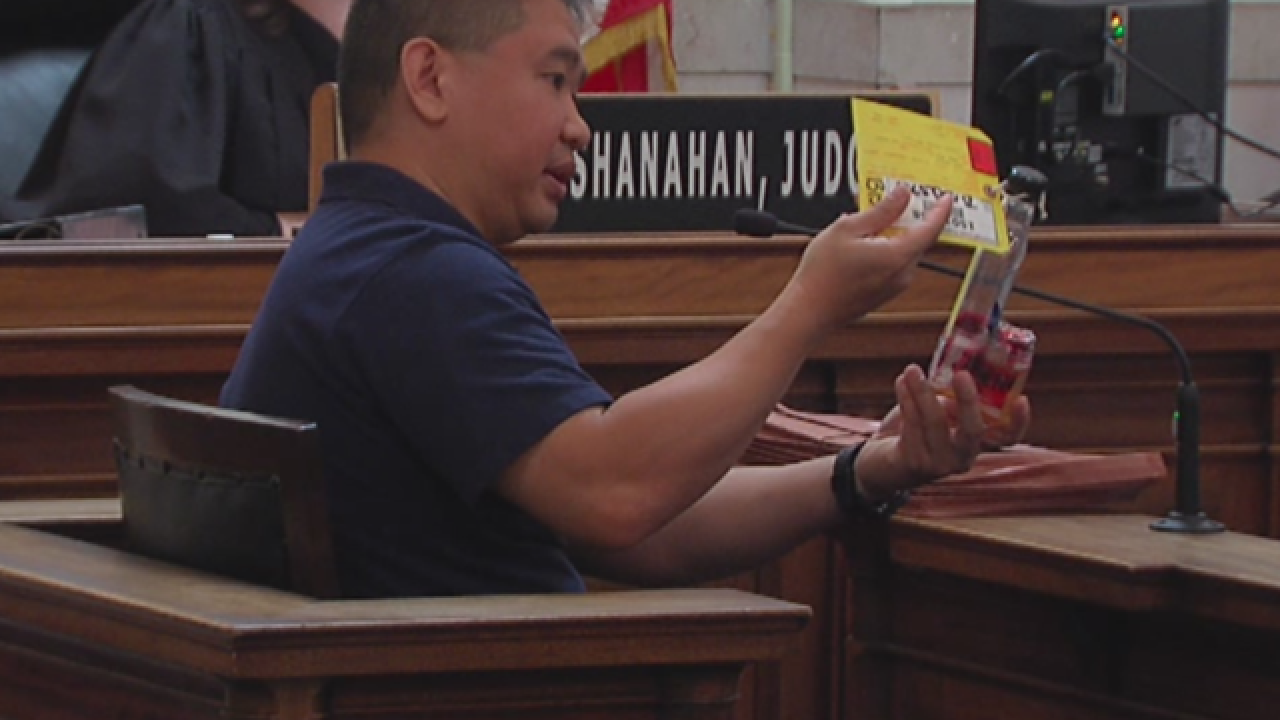 <p>Pham explains the gin bottle filled with perfume was found in the street. </p>

CINCINNATI -- A crime scene investigator identified evidence collected at the scene where Sam DuBose was shot during Day 4 of the Ray Tensing trial Friday.

The following was recovered from the scene, according to Pham: