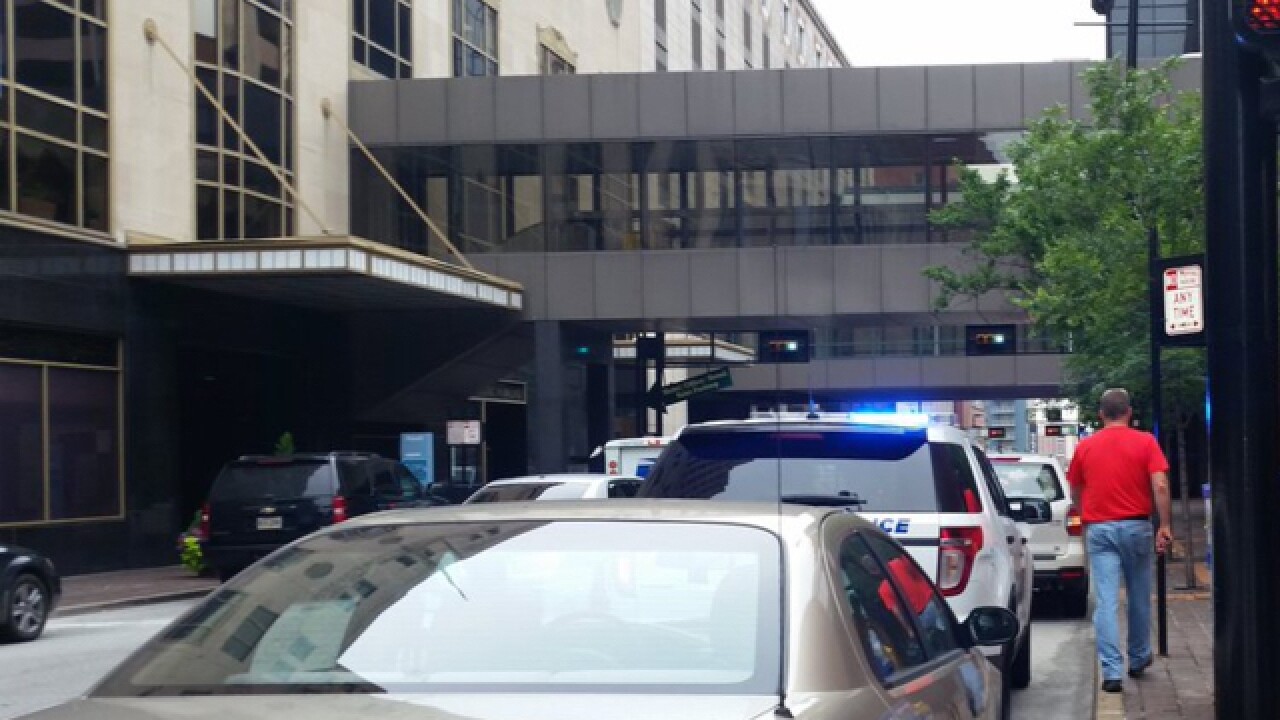 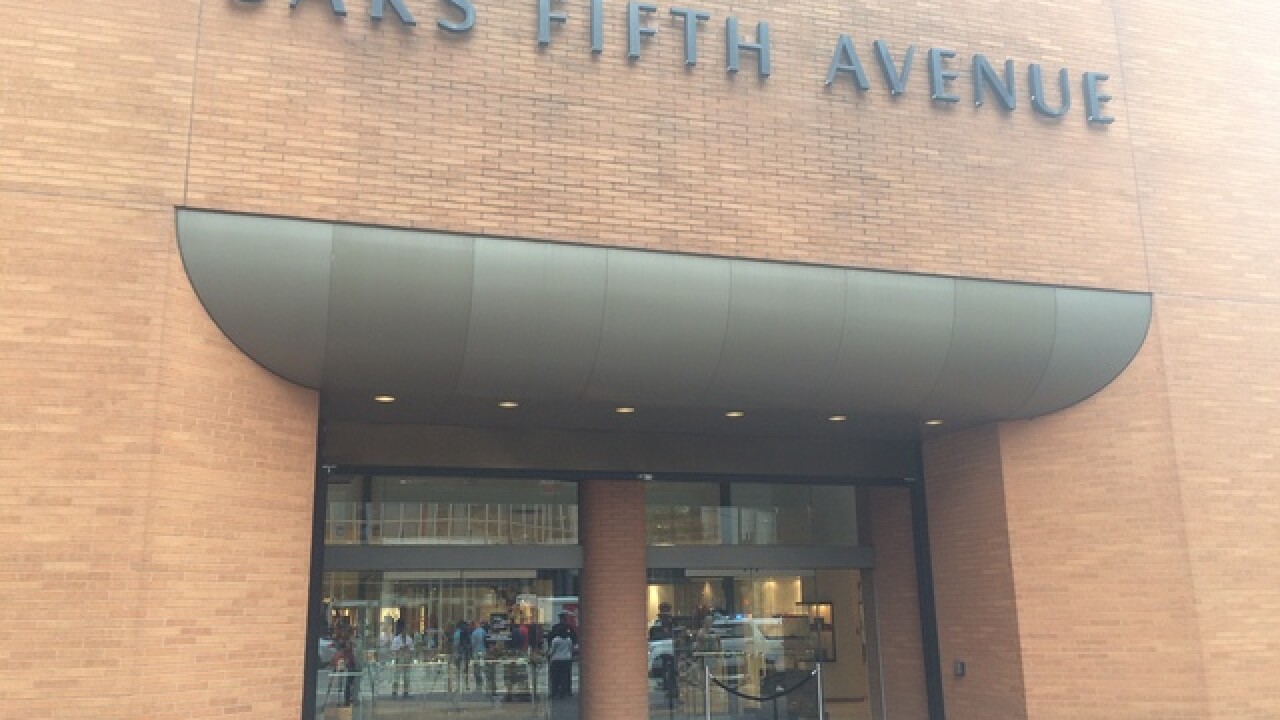 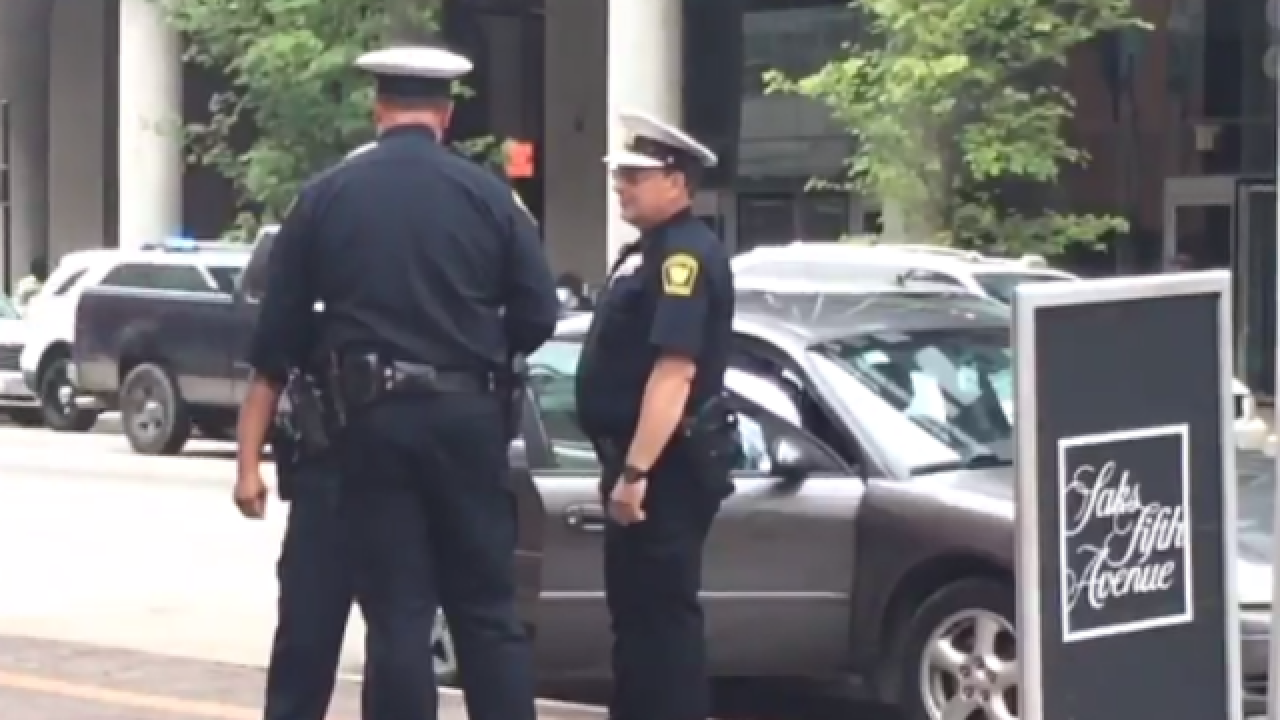 Police say that three cars with Illinois license plates got away with 10 to 12 suspects inside. Police incident reports describe the cars as a blue-gray Mazda SUV, black Chrysler 300 and a small black Chevy SUV.

No shots were fired and nobody was injured during the theft. No value was immediately provided on the stolen property.

"They did not threaten anybody. They did not touch anybody-- there was no weapon. This was in less than 30 seconds and they were out," said Capt. Mike Neville of the Cincinnati Police Department.

The Saks Fifth Avenue remains open for business despite the theft.

Neville says there is a history of such "smash-and-grab" thefts around the country, pointing out a "gang" from Illinois that is known to carry out such thefts.

This Saks Fifth Avenue is the same store that had a van lodged into its doorway just two days before Christmas 2015 so robbers could steal $11,000 worth of Louis Vuitton and Coach purses.

WCPO has crews on the scene and will update the story shortly.