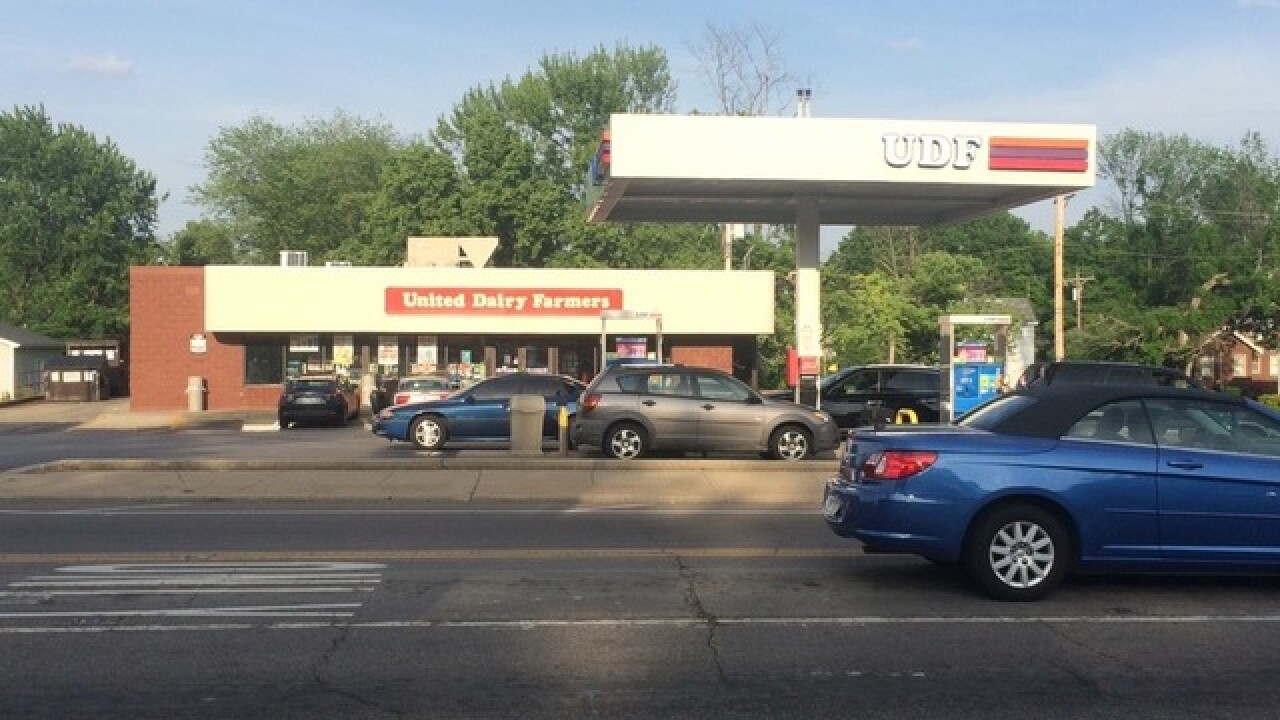 CINCINNATI -- A man jumped over the counter at a gas station and assaulted the clerk Friday after the pump would not authorize his payment, Mount Healthy police said.

According to the Mt. Healthy Police Department, the suspect’s brother entered the UDF store and helped him carry out the assault.

Dante Jerome Nelson, 32, was arrested after officers matched the victim’s description of his vehicle. He is charged with aggravated trespassing and assault, according to police records.

The second suspect, 32-year-old Demarcus A. Turner of Cincinnati, is still at large, police said.

The same UDF location was robbed at gunpoint early Friday morning. No suspect has been identified, but the robber is described as a light-complected black man, about 6 feet tall with a thin-medium build, brown eyes, wearing a black hooded sweatshirt, black pants, black neoprene facemask, black shoes and purple medical gloves. Mt. Healthy police said he had a small, black, semi-automatic handgun.

Anyone with information about either case is urged to Crimestoppers at 513-352-3040.

Correction: An earlier version of this story misidentified the name of the suspect who was arrested Friday. WCPO regrets this error.