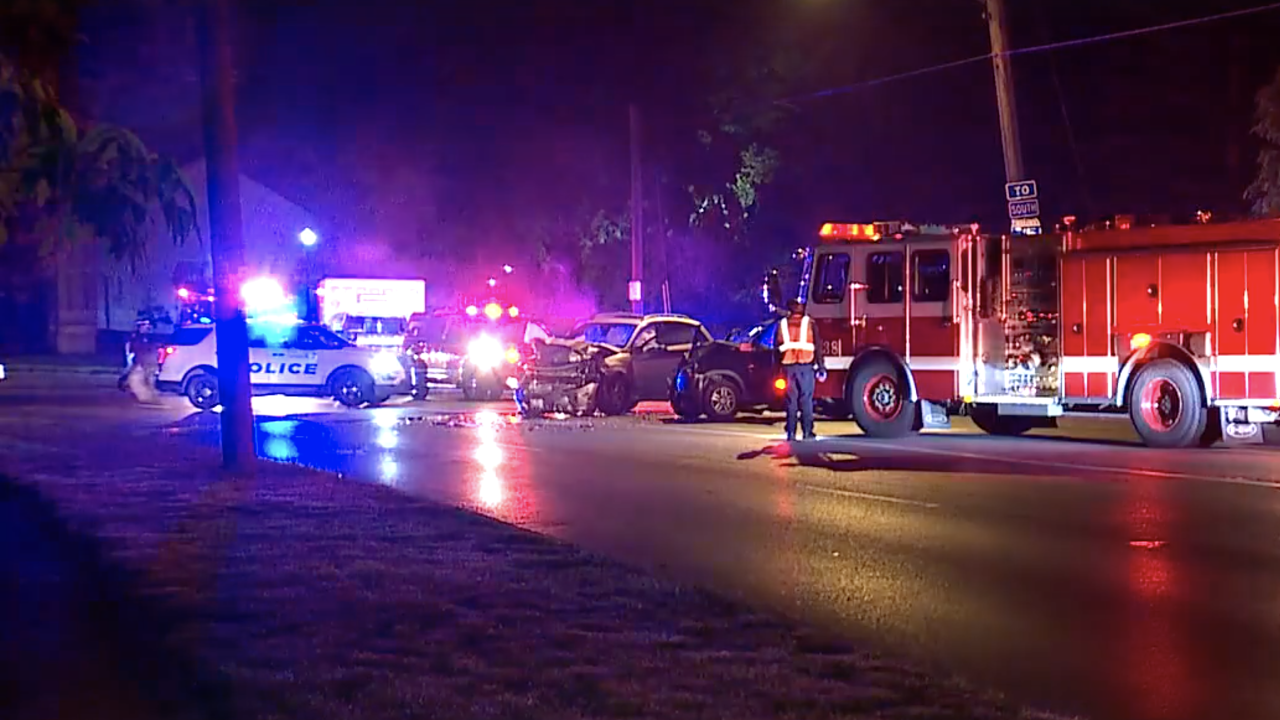 Adam Schrand
A suspected drunk driver crashed into another driver on Spring Grove Avenue on Tuesday, May 14, 2019. 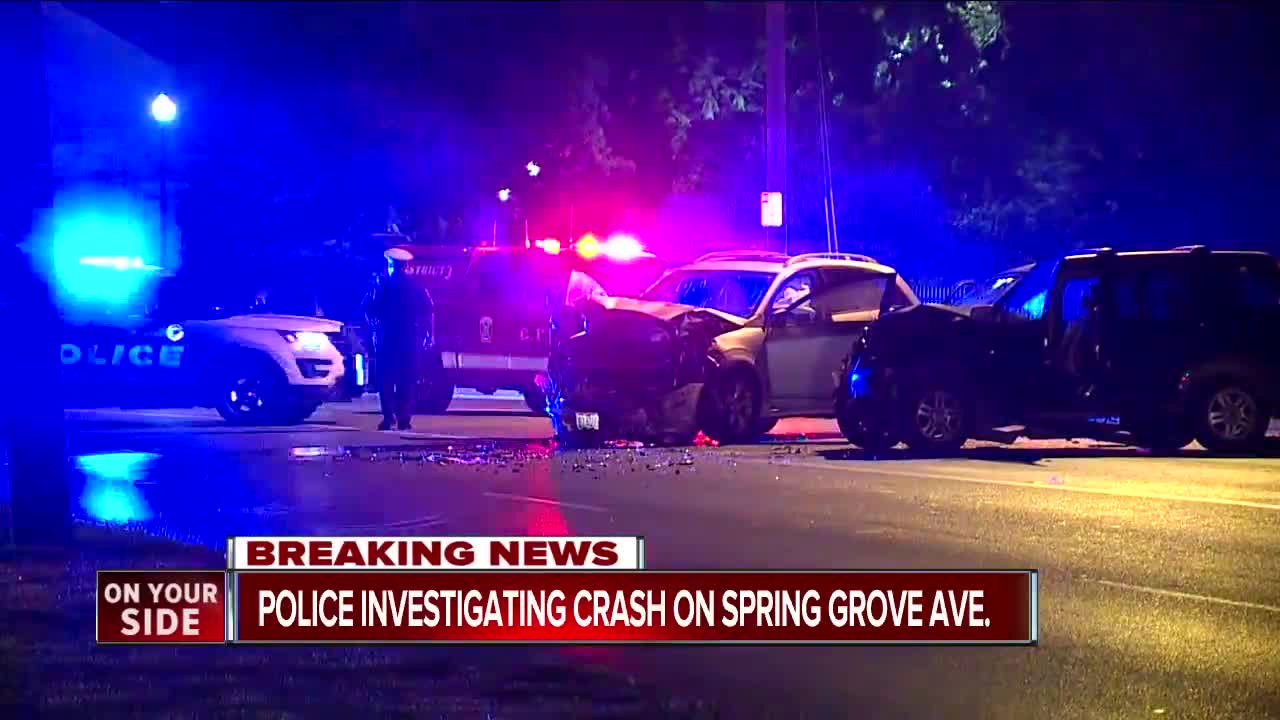 CINCINNATI -- Four people are in the hospital after a suspected drunk driver crashed head-on into another driver on Spring Grove Avenue Tuesday morning, according to police on scene.

A man driving a 2013 Chevrolet Captiva northbound on Spring Grove Avenue crossed the center line and hit 35-year-old Deborah Higgins, who was driving southbound in a 2004 Honda CRV. Sharon Cartwright, 56, and John Cartwright, 60, were in Higgins’ vehicle.

The crash happened at about 1:45 a.m. between Crawford Avenue and Winton Road, police said.

First responders transported the three people in Higgins' car to the University of Cincinnati Medical Center with serious injuries.

The other driver tried to leave the scene of the crash in another car, but police found him nearby, authorities on scene said. First responders transported him to a hospital with serious injuries.

No one was wearing seatblets.