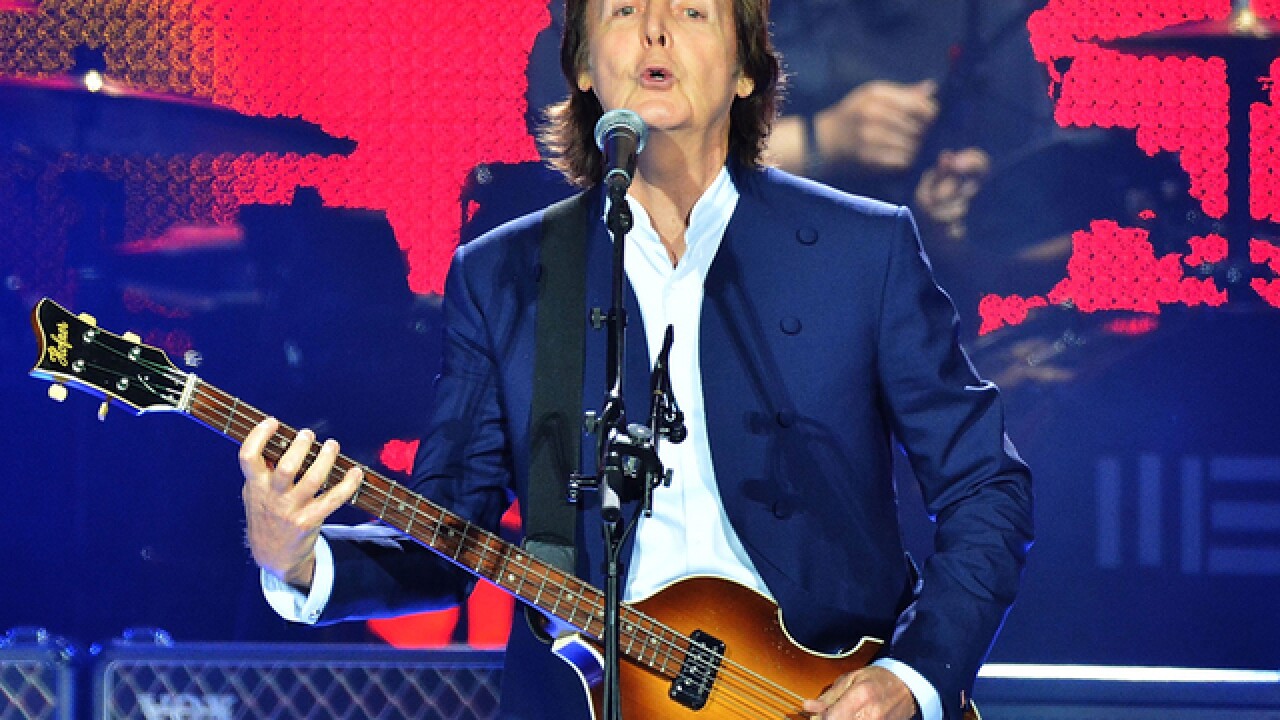 CINCINNATI -- In 23 years, Paul McCartney has been to Cincinnati only once - but that's about to change.

On July 10, McCartney will bring his One on One tour to U.S. Bank Arena for his first Cincinnati performance since his 2011 performance at Great American Ball Park that drew a capacity crowd and rave reviews. His last visit to the Tri-State before that was a May 5, 1993, concert at Riverfront Stadium.

Those tickets will probably be a bit more expensive than the $5.50 concertgoers paid in 1964 to see the Beatles at Cincinnati Gardens.

The former Beatle's One on One tour promises to unveil a re-designed set, dozens of classics from popular music spanning Paul's entire career - as a solo artist, member of Wings and as a Beatle - and no shortage of surprises.

According to a news release, Paul McCartney's live shows are "everything any music lover could ever want from a rock show-and so much more: Nearly three hours worth of the greatest moments from the last 50 years of music, dozens of songs that have formed the soundtracks of our lives."