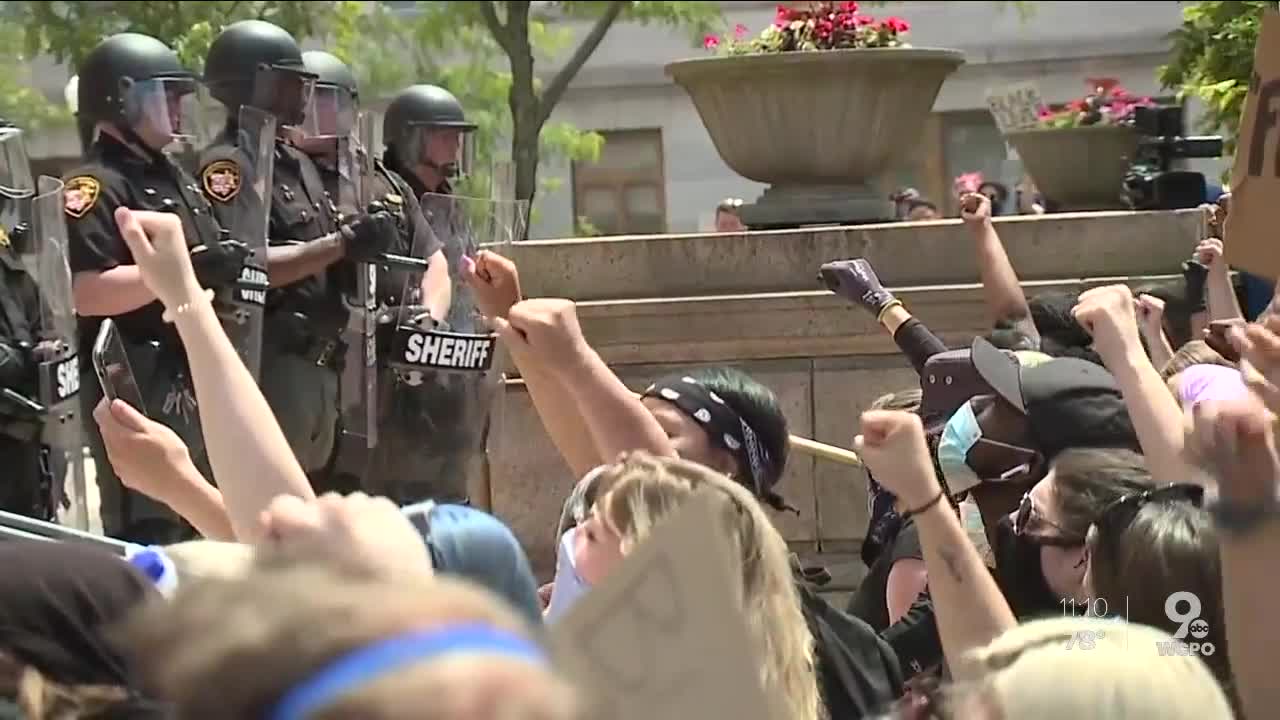 Reverend Derek Terry, who serves at the St. Peter's United Church of Christ, said that while the majority of the Zoom conference's attendees were white, the group was still diverse, with differing experiences and cultures from across the nation.

CINCINNATI — Reverend Derek Terry is no stranger to trying to tackle difficult conversations surrounding race, society and differing experiences in the United States, but his "Race, Rage & Fear" series took off Wednesday as more than 100 people tuned in to listen and discuss the complex topic of race in the country.

Terry, who serves at the St. Peter's United Church of Christ, said that while the majority of the Zoom conference's attendees were white, the group was still diverse, with differing experiences and cultures from across the nation.

He's been doing the web series for months, long before the death of George Floyd in Minneapolis spurred demonstrations across the United States, including in Cincinnati. Wednesday's conference, titled "Dear White People ... ," focused specifically on discussing "the social constructs of race in our country, how these constructs have caused rage in black people and fear in white people and seek to compose a list of practical things that everyone can do to help dismantle the systems that cause some of the oppression," according the the Facebook event page.

"People use their agitation and their rage to bring attention to problems -- change can happen," said Terry.

The sold-out event was intended to bring people together for dialogue, as the nation protests police brutality. Terry said he knows there's still a long way to go, but that he recognizes change is happening right now.

"I hate the property destruction, I hate the violence, but getting people's attention – and bringing attention and agitating and shaking the tree – really can bring about change," he said.

Because the event sold out so quickly, he plans to host another on June 17 and June 30, to continue the dialogue with whoever wants to join.