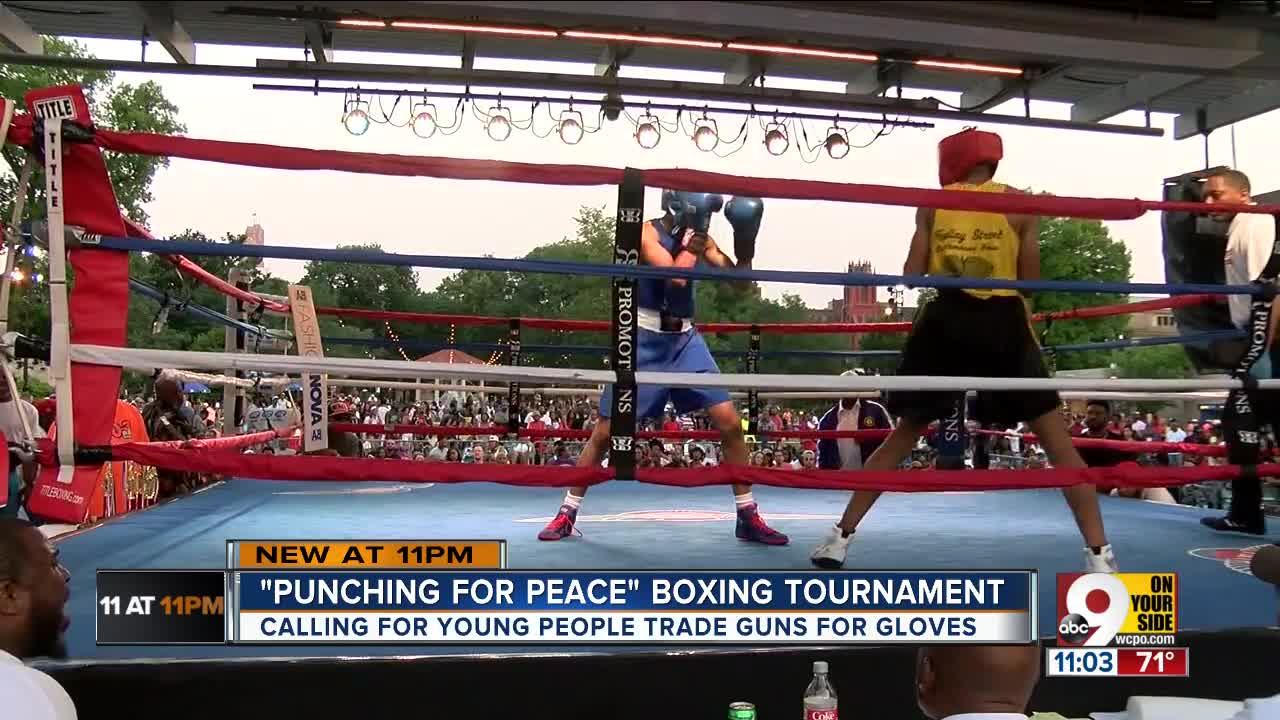 As two young men take aim at each other in the ring, they’re also learning a lesson about how to avoid fights on the streets.

CINCINNATI — As two young men take aim at each other in the ring, they’re also learning a lesson about how to avoid fights on the streets.

“It’s definitely important for our neighborhood and for the kids,” Broner said. “We’ve got to stop killing each other and we are trying to show that we’re going to punch for peace.”

It was just about 24 hours before the previously planned event that a 25-year-old man was shot and killed in Evanston Friday.

Organizers with Oasis Elite Boxing Club said it’s crucial to send a message of nonviolence to young people across Cincinnati.

“What we did was we asked the youth of our community to put down the guns and pick up the gloves as a form of conflict resolution,” said the boxing club’s founder Andrew Williams.

The Punching for Peace effort also includes a gun buyback program intended to get guns off the streets.

“It’s important for us as black men to approach our own youth and try and curb the violence,” Williams said. “We need to take back our community. It’s time for us to step up.”

“It gives you the outlet to get out of the hood and help your family and friends like I did today,” Broner said.