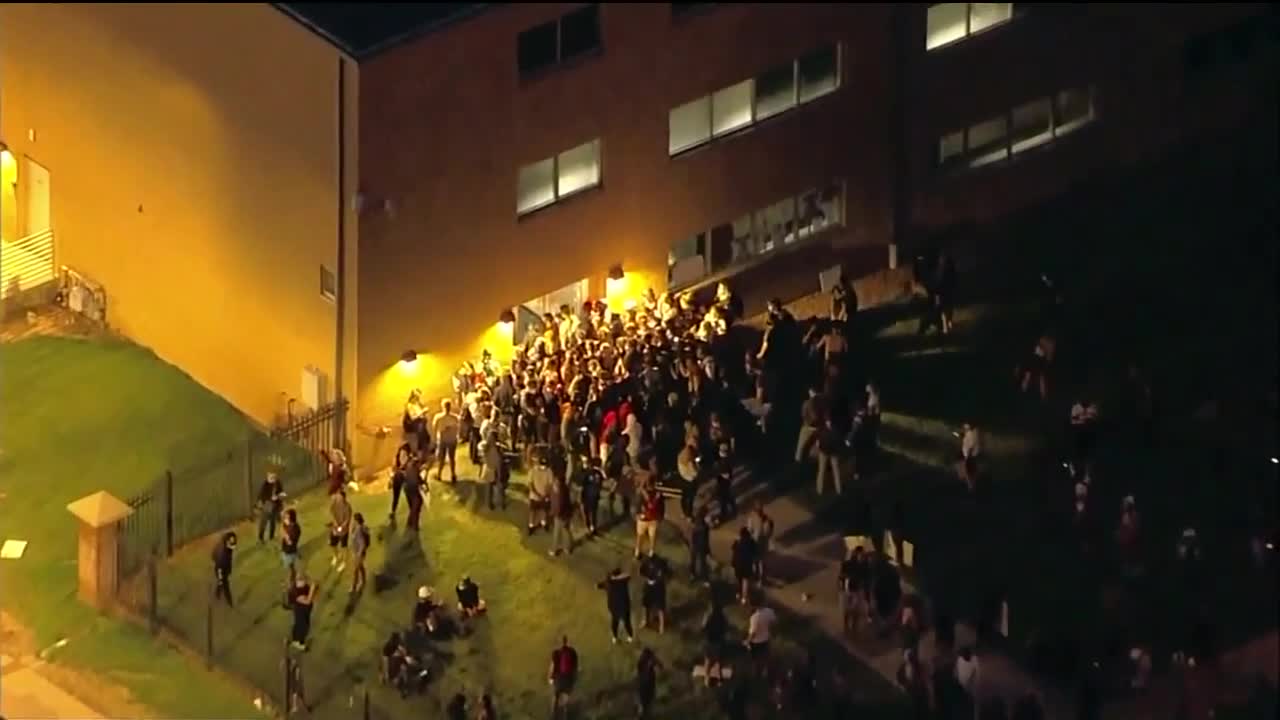 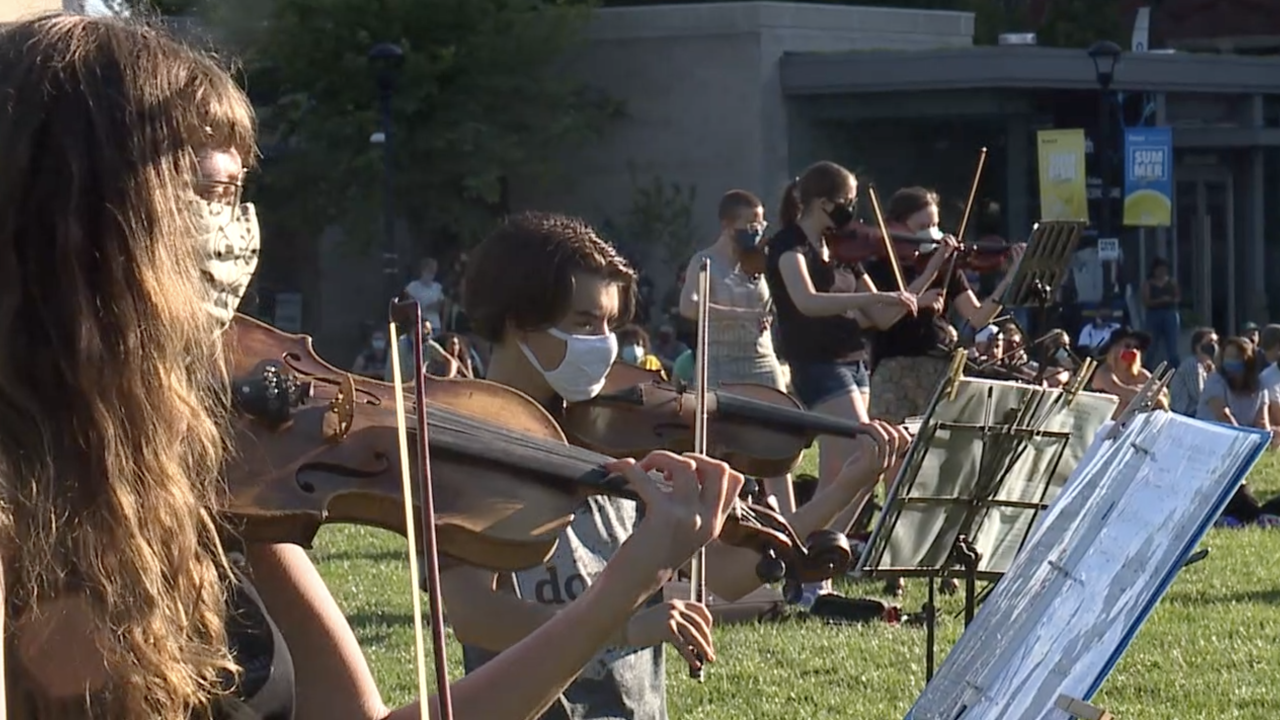 CINCINNATI — Dozens of Cincinnati musicians joined together Sunday evening to raise their bows for Elijah McClain, the 23-year-old man who died after an altercation with police in Colorado nearly a year ago. McClain's case has recently gained renewed interest amid national protests against racial injustice and police brutality.

The violinists stood in a socially-distanced space in Washington Park to play together for the crowd gathered for the vigil. McClain was a violinist, and many vigils and tributes to him have featured the instrument as a way to peacefully remember him.

"Music is such a powerful force," said Jason Holmes, the conductor for the vigil. "It can be a balm. It can be comforting. It can agitate folks. It can support movements."

Elijah McClain died after an altercation with police in the Denver suburb of Aurora, Colorado in August 2019. McClain was walking home from a convenience store when someone called 911 to report a suspicious person in the area. Officers arrested him and, claiming he was resisting, put him in a chokehold. Paramedics arrived on the scene and administered a shot of ketamine after he lost consciousness. McClain suffered a cardiac arrest and died at the hospital six days later.

"So, we're here today as fellow musicians to lift up his memory through the medium that he loved most, and that was the medium of music," said Naimah Bilal, organizer of the vigil.

Musicians from several different organizations and all levels of ability played several songs together. Organizers encouraged others to donate to help McClain's mother start a foundation in his name.

"He was a wonderful musician," said Ian Saunders, diversity fellow with the Cincinnati Symphony Orchestra. "That's a voice that we no longer get to hear."