Historic brewery in OTR goes up in flames Sunday morning 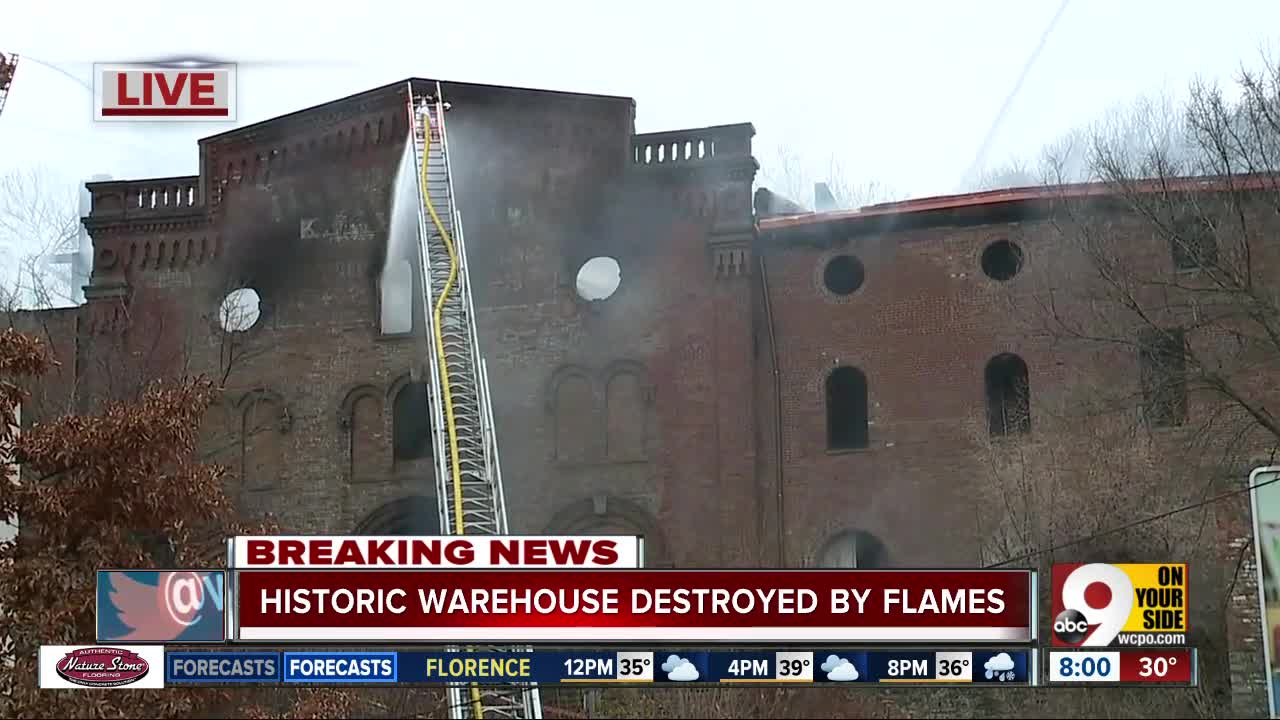 Flames tore through the former Jackson Brewery in OTR Sunday morning, sending smoke into the air, which could be seen and smelt miles away. 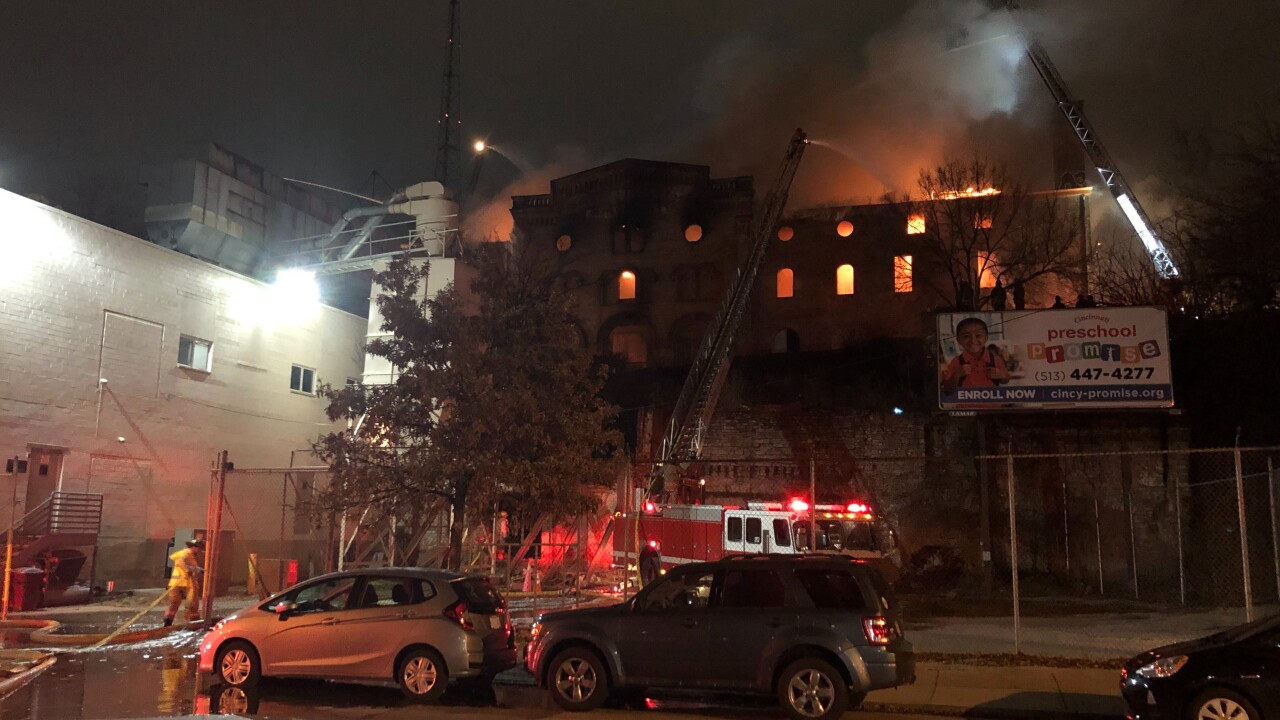 CINCINNATI — Flames tore through the historic Jackson Brewery in OTR Sunday morning, sending smoke into the air, which could be seen and smelled miles away.

Firefighters with the Cincinnati Fire Department responded to the former brewery at 208 Mohawk St. around 4:20 a.m. Sunday. According to a release from CFD, firefighters "immediately requested a 2nd alarm" when they arrived on scene and saw the size of the fire.

Part of the warehouse collapsed around 5:30 a.m., and later in the morning, the roof and other parts of the building collapsed. Firefighters on scene said the former brewery is a "total loss."

A “time lapse” (if you will), of the fire on this building. Watch till the end to see the amount of damage leftover.

No one was injured from the fire, and the blaze caused an estimated $250,000 in damages. Investigators are still looking into what started the fire.

Historic Limited Liability Company, LLC, is listed as the current owners of the brewery with the county auditor. Their website says they are trying to "restore this building to it's original glory..." WCPO reached out to the company for comment.

"We are incredibly saddened to hear of the loss of a historical treasure," said Kelly Adamson, the executive director of the OTR Chamber of Commerce. "

The building was built in 1850, and after its construction it housed Jackson Brewery before the brewery closed during Prohibition. Fire officials said the age of the structure caused some issues for firefighters attempting to put the fire out.

Updated address for the 2 Alarm is 208 Mohawk. Built in 1850, building presenting some challenges for fire. Heavy fire involvement in all floors. https://t.co/e0WDj9yHY8 pic.twitter.com/jAPRtsXVHZ