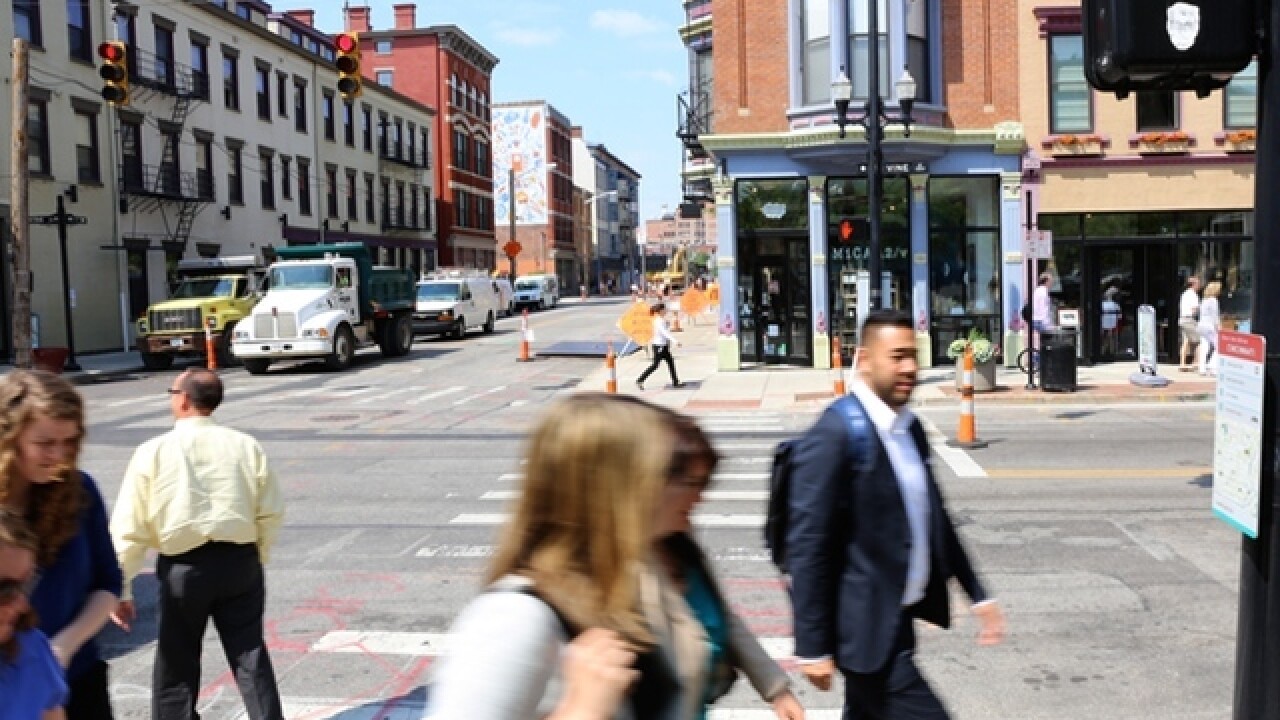 Emily Maxwell | WCPO
<p>Over the years the foot traffic along Vine Street in Over-the-Rhine has picked up the pace since the addition of new businesses and restaurants in the area. This is a view across the street from popular retailer Mica 12/v during the lunch hour.</p>

CINCINNATI — Over-the-Rhine, a neighborhood that was considered to be more dangerous than Compton, Los Angeles, in 2009, has been transformed into an iconic part of our city, boasting unique eateries, craft breweries and revived architecture.

A recent story published by the online magazine Politico explores how OTR has shifted from shootings, riots and boarded storefronts to the focal point of the city.

RELATED:  Then & Now: The rise, fall and rebirth of Over-the-Rhine

Criminals have been driven out of the community with the addition of cameras and better lighting. The closing of liquor stores and the development of vacant lots have also contributed to the decline in crime.

“You could take a crime map and lay it over the neighborhood and see that many of the calls for service were taking place in front of these carry-out stores,” 3CDC’s vice president for communications Anastasia Mileham told Politico.

Crime dropped by 36 percent from 2004 to 2008 as they pushed out the corner stores, which has allowed the area to flourish under new development.

The new streetcar, tentatively scheduled to open Sept. 9 , will connect OTR to downtown and the riverfront. The addition is expected draw traffic and elevate the neighborhood's economy.