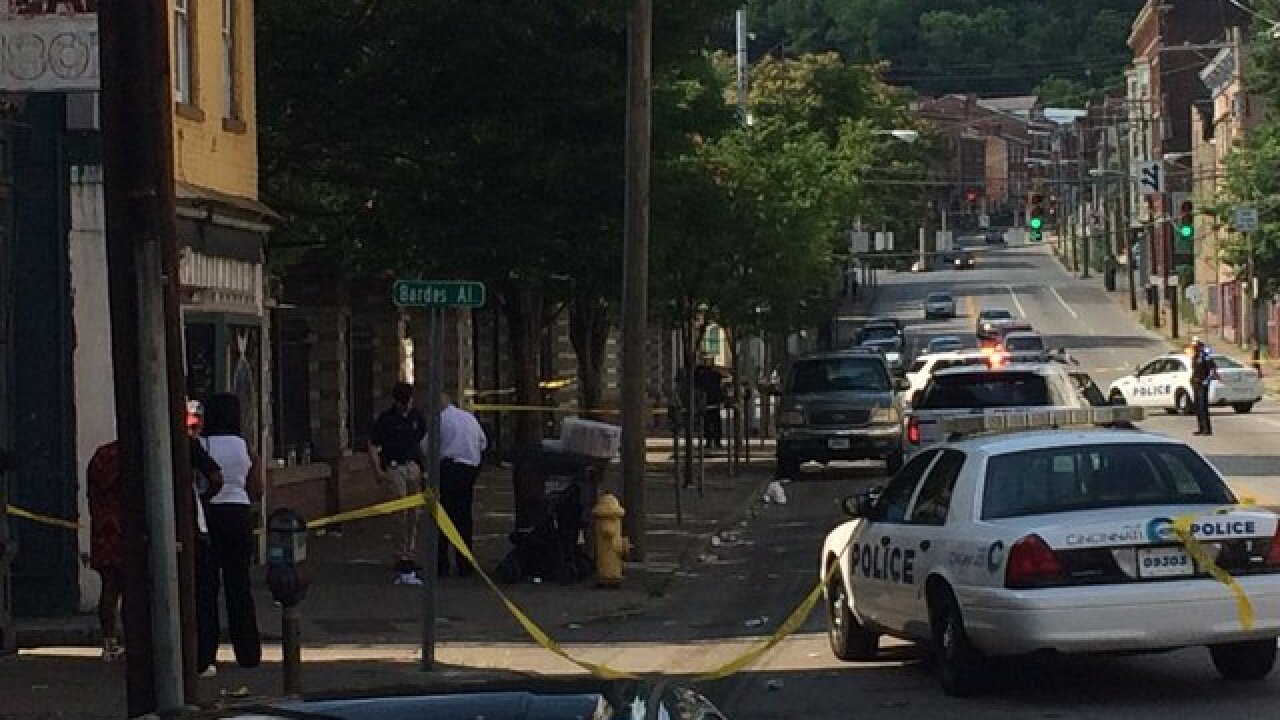 <p>Police responded to reports of a double shooting near the corner of Vine and Elder streets in Over-the-Rhine, Friday, June 24, 2016. (Andy Overton/WCPO)</p>

The shooting occurred near the intersection of Vine and Elder streets in OTR, according to District 1 officers.

WCPO will update this developing story.