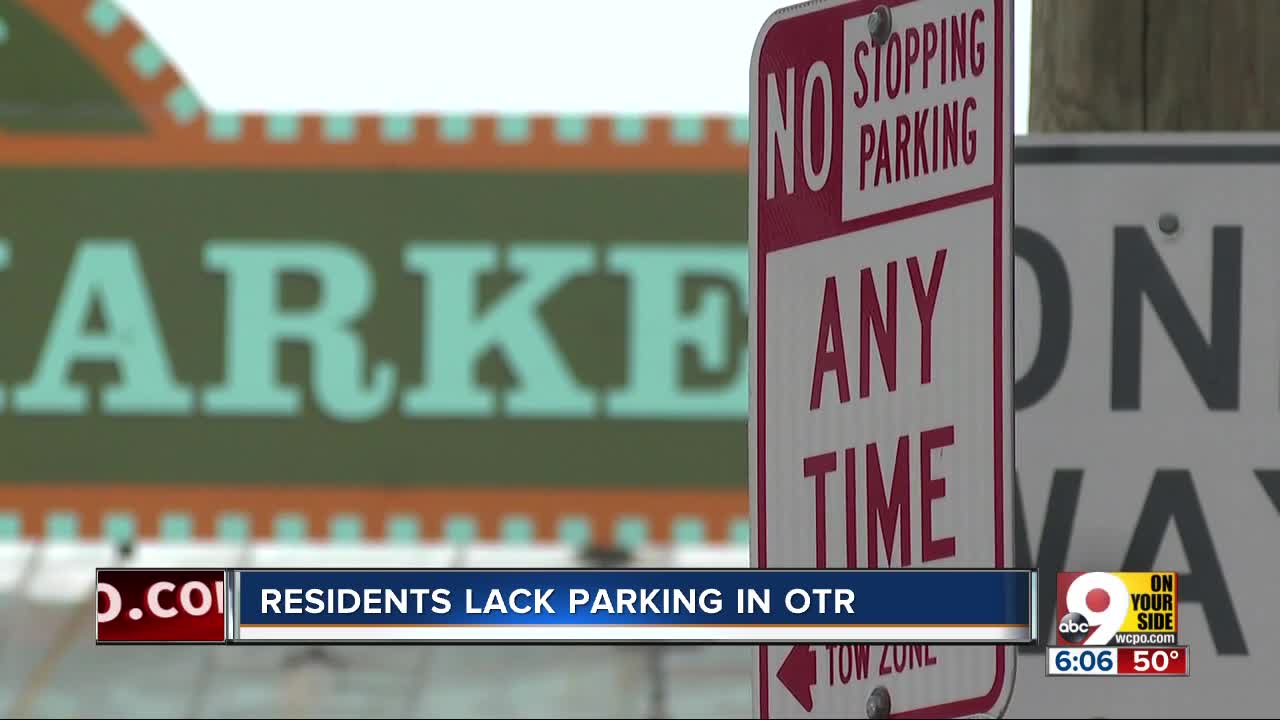 Steve Heglin wants the city to extend the residential parking program north of Liberty Street where he lives.

Steve Heglin says it’s especially a problem for people like him who live near Findlay Market. That’s because the city’s “residential permit program,“ which it launched this year, doesn’t extend north of Liberty Street.

Heglin, who moved there this summer, said on streets like Elm and Elder there aren't enough spaces for residents.

“You circle the block, hopefully find something down an alley or down a side street and you can get in there,” said Heglin.

But that’s not always the case, forcing residents to pay to park in metered spaces or park illegally, he said.

“Really what you’re looking at is all these empty spots are marked for paid use when it’s 8 o’clock at night,” Heglin said. “Nobody is at the market that late. I could park here, but I couldn’t afford that fine.”

And Heglin said there are some places where residents just won’t park.

“I know there is certain streets people don’t park on because they don’t feel that their car is going to be OK,” he said.

The city does have a residential parking program in OTR with 500 spots reserved for residents, but that only covers the area south of Liberty.

"South of Liberty, I think the new residential parking permit has been an enormous relief and something that was just desperately needed for years,” said Margy Waller, a member of the OTR Community Council parking and transportation committee.

That program took years to get approval.

But Heglin said more parking spaces need to be dedicated to people who live north of Liberty.

Waller said she’d like to see that studied before changes are made, but she is open to expanding the boundaries toward Findlay Market.

“There’s limited street space, so things have to be done. And I think it’s very important people that live there have a priority claim on a place to park near their home,” Mann said.

Mann said the city is currently looking into the issue and staff should come back with recommendations in about 30 days. He’s also hoping for alternative solutions.

“Obviously we’ve got to go to work providing more public parking. Hopefully more and more people will try to live without an automobile. Parking privileges for residents are part of the package,” Mann said.

Heglin said getting rid of his car is just not an option right now because he has to commute to work.

Mann said the county is building parking spaces for FC Cincinnati’s soccer stadium and that could be an option for parking when games aren’t taking place.