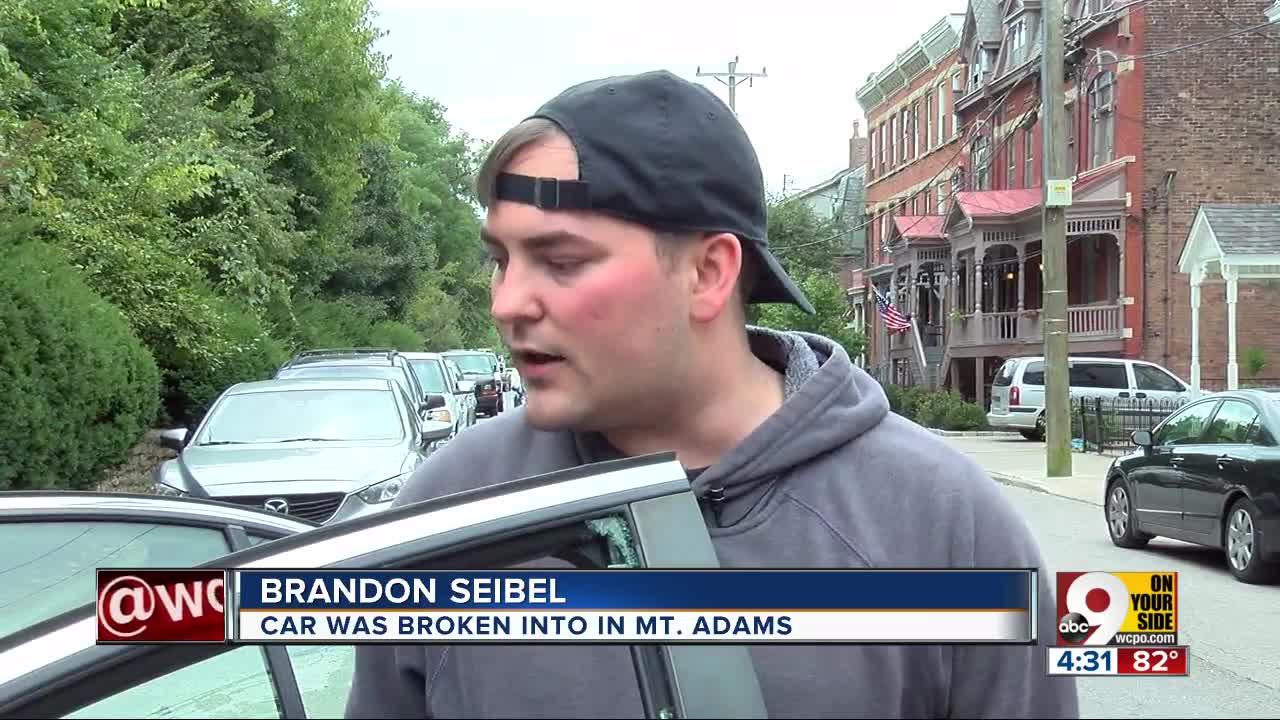 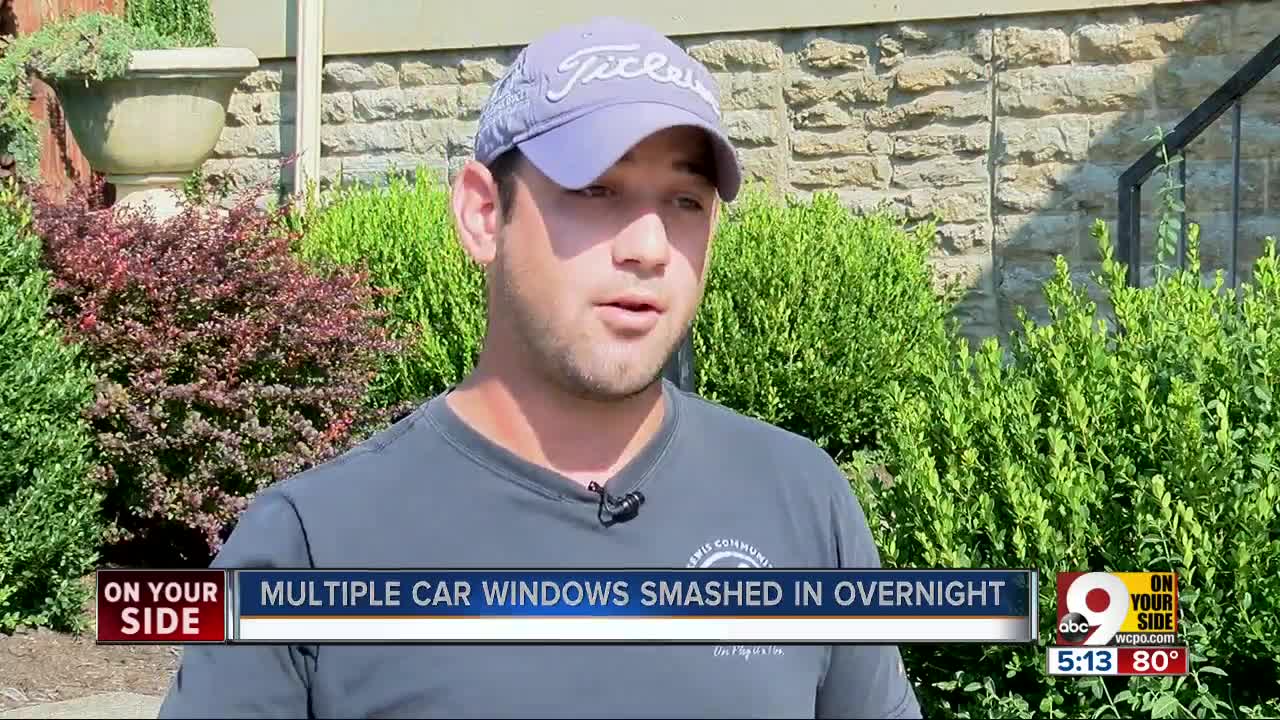 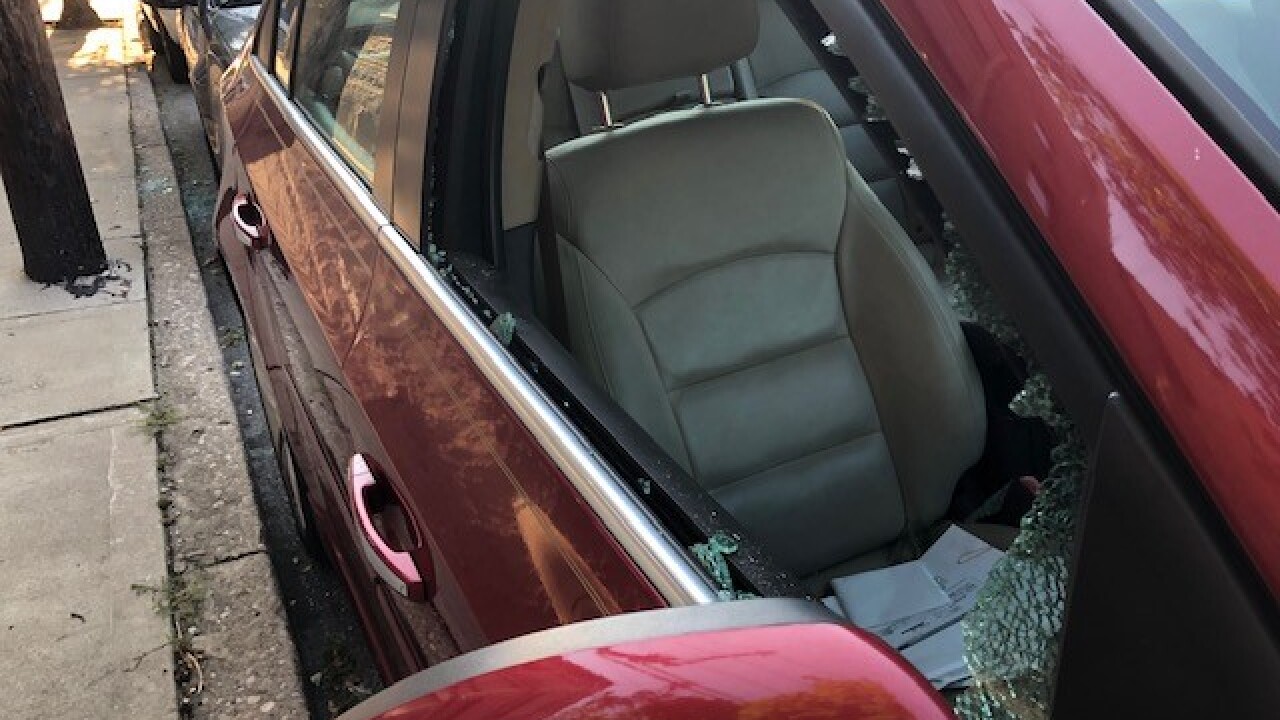 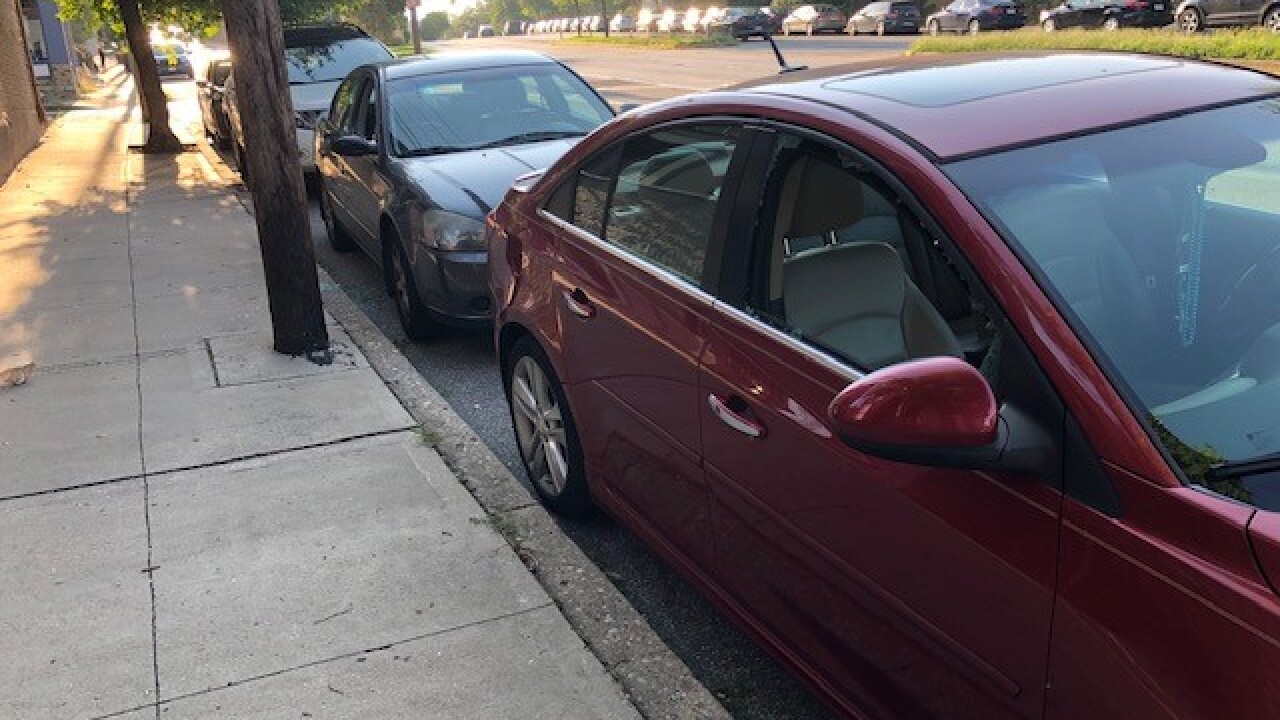 CINCINNATI — Stephen Bennett parked his black Mazda 6 on Liberty Hill overnight and couldn’t believe what he saw when he came out Friday morning.

Broken car windows up and down the hill.

“I’ve never seen a situation where the entire block is literally smashed. It’s ridiculous is what it is!” Bennett said.

Police were investigating a string of car break-ins in Over-the-Rhine, Mt. Auburn and Mt. Adams overnight.

The vandal or vandals rummaged through the center consoles but didn’t take anything.

“Oh, yeah, yeah. They went through everything,” Bennett said.

“I was frustrated. Even if my car didn’t get hit, I was still upset to see all these good hard working people having to get up this morning starting their weekend up with a busted window.”

Just a four-minute drive away, Brandon Seibel found his car in the same condition on Ida Street in Mt. Adams.

“It looks like they smashed it and opened up the glove box and middle console. It doesn’t look like anything was taken,” Seibel said.

Police said there was a similar situation overnight on Main Street.

“It was an unusual event,” said Lt. Steve Saunders. “This is typically a pretty safe area. It’s a bedroom kind of community, part of our neighborhood in Downtown Cincinnati.”

Why would someone break into cars and not take anything?

“That’s a possibility, too, that someone is just causing damage rather than trying to take items out of vehicles," Saunders said. "You don’t know why a person would do those kinds of things.”

Peter Deane, who has lived on Liberty Hill for a year and a half, said it’s a constant worry.

“I gotta go to bed at night and think if I have to go repair my window,” said Deane. “You know? It’s going to cost me money. I don’t have all the money in the world.

“I’m starting to document what’s going on on Liberty Hill,” Deane said. “We’ve gotta catch the guy whoever it is. I don’t know who it is, but enough is enough!”

Police said they’re not sure if they’ve gotten break-in reports from Liberty Hill. It’s important to report any break-ins, even if nothing is taken, Saunders said.

“So we can respond — be aware — and respond to these trends and upticks in crime,” Saunders said.

“Sometimes they don’t (report it) because they say it’s not worth their time.”

So what can you do to protect your vehicle from a break-in?

A lot of the residents WCPO spoke to say they take all their valuables with them at all times.

“As far as your personal belongings and all that, I go to bed every night wondering if my car is going to get broken into, if my stuff is going to get touched,” Bennett said.

Secondly, register your home or business surveillance camera through the Cincinnati police website. That way they’re able to form a database to use when incidents like this happen.

Police are working with homeowners in the areas looking for surveillance video that could lead them to suspects in the overnight break-ins.