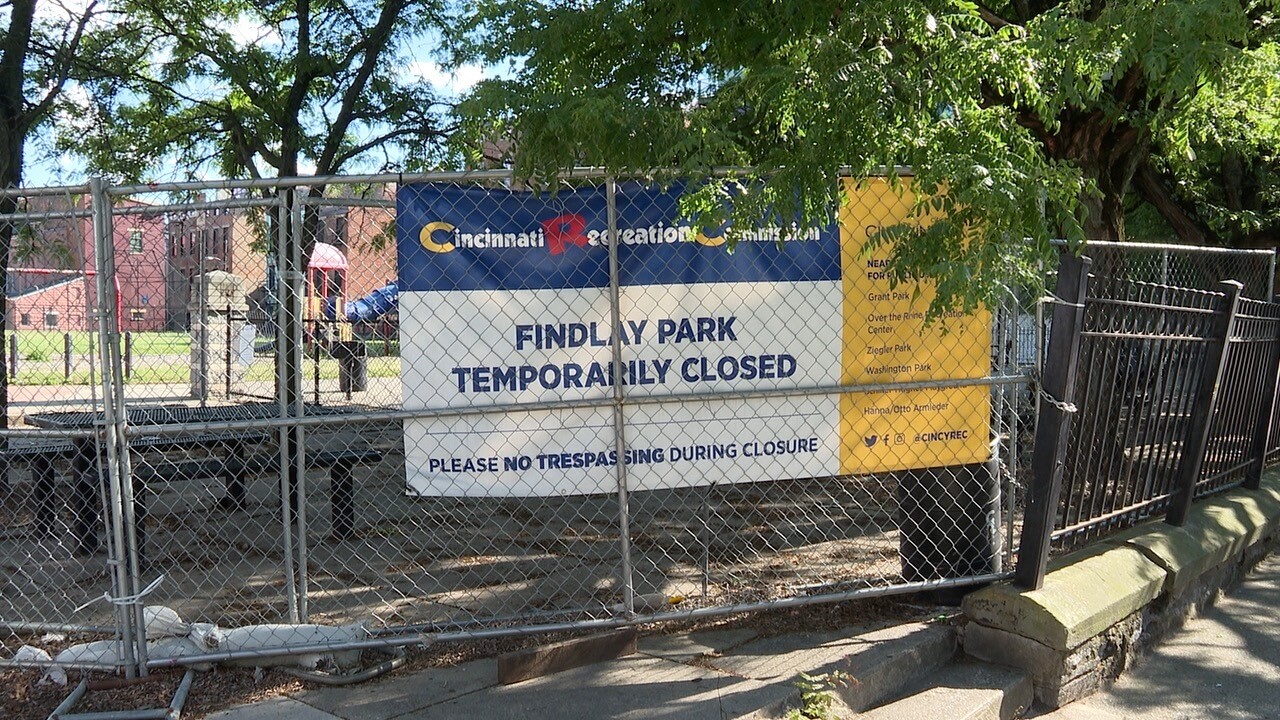 Findlay Park has been closed for more than a year, and residents are wondering when it will open back up so the kids have a place to play.

CINCINNATI — Findlay Park has been shut down for almost two years, but children in Over-the-Rhine will have the chance to play in it again soon.

WCPO reported in June on how some children in Over-the-Rhine had fewer places to play because of the park's prolonged shutdown.

Less than two weeks later, city officials have announced they will reopen the playground.

In a memo to the mayor and City Council members, Acting City Manager Sheryl Long wrote that the Cincinnati Recreation Commission approved of a plan to reopen the park later this month.

"CRC recognizes that community involvement is an essential component of understanding and providing for the needs of the neighborhood and those who call it home," the memo read. "Since 2018, CRC has worked to circulate a survey and conducted in-person interviews to receive input from the community and business leaders on the status of the park. This process has included buy-in from community partners like CPD to develop solutions to support reopening of the park."

Officials plan on carrying out basic maintenance and improvements to the playground.

The CRC will also call on prospective partners to submit proposals for park programming ideas that would start in 2020-21.