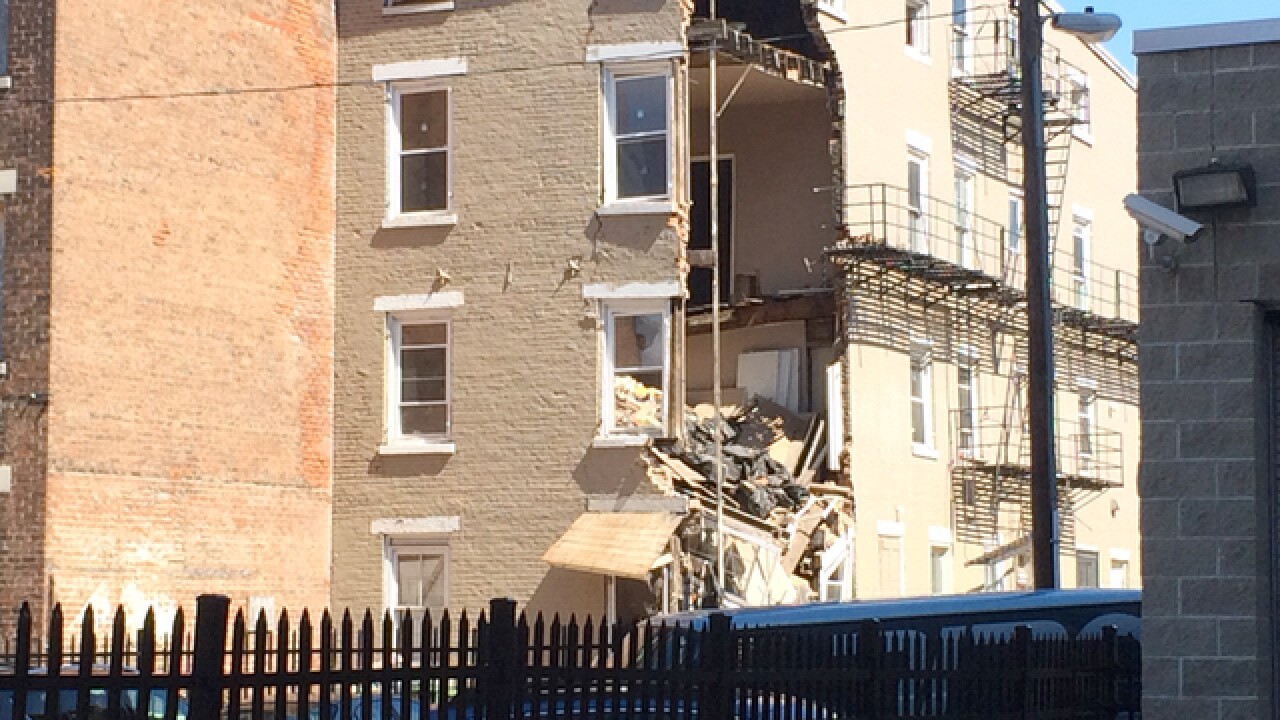 No one was inside the vacant building at 1233 Walnut St. when it happened at about 2 p.m., officials said.

Power was already shut off to the building; crews from Duke Energy worked to turn off a nearby gas line so neighbors would be safe if more of the building collapses. At the direction of a city engineer, workers didn't a jackhammer in order to avoid more damage.

For now, the building is believed to be stable, officials said.

Norman Miller, the building's owner, "stated that he was aware of some settling at the left side of the building, visible in the brick of the structure," according to a memo from City Manager Harry Black.

Miller told WCPO he'd had the structure reinforced about 10 years ago. But he "had no idea that the rear of the building was anywhere near what it was," he said.

"The roof rafters are unsupported at the left corner and are subjected to additional damage due to the likely failure of the remaining portions of the rear wall," Black wrote. "Additional floor joists are likely to fail on the left wall; however, the fire escape on the building may provide enough resistance to prevent additional wall failure in the short term."

Miller said he'd been planning to renovate the building, which was built in the early 20th century, and rent it out. He will rebuild the damaged rear portion, he said. According to Black's memo, work could begin as soon as Tuesday.

“We’re going to proceed expeditiously to bring it back,” Miller said.

Christine Douglas owned an ice cream shop in the building for eight years. They moved out and was the last tenant there.

"I know the building very well," Douglas said. "It's a blessing to be out here and be able to speak on it."

Neighbor Mario Tremblay said he wasn't surprised by the collapse. It also happened to a nearby building a few months ago.

"These buildings are 130 years-old," Tremblay said. "They need some help."